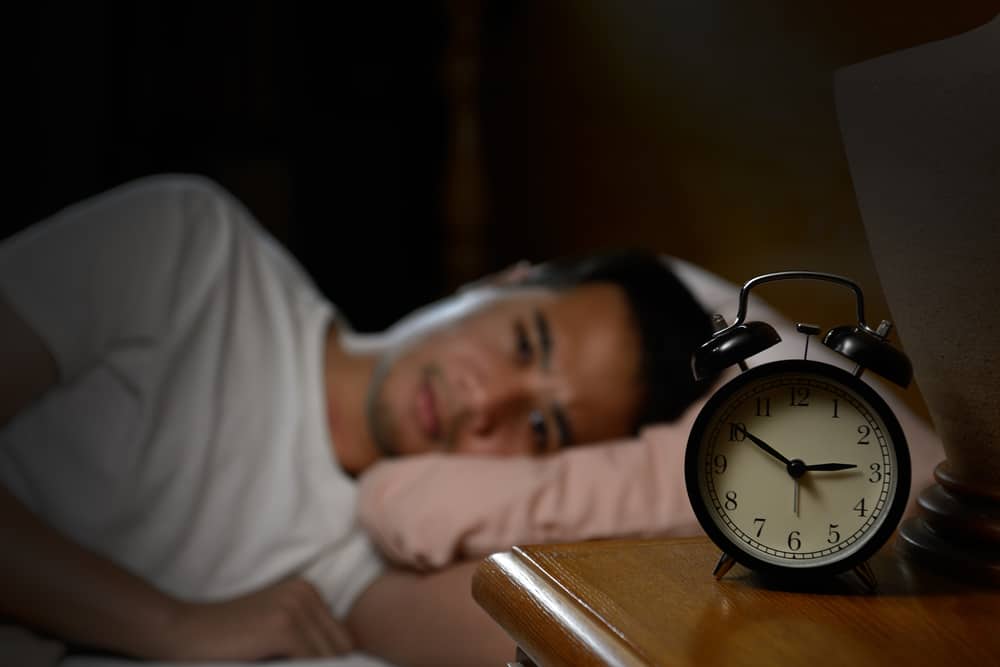 Sleeping disorders are a serious problem, especially for people who have been suffering from these disorders for years. Knowing both the types and causes of sleep disorders in adults can make it easier to address these problems, and figure out what to do.

What Are the Types and Causes of Sleep Disorders in Adults?

Sleep disorders are disorders that can cause a person to have difficulty sleeping. This could manifest in difficulty falling asleep, waking up in the middle of deep sleep, or not feeling well-rested even after 8 hours of sleep at night.

The causes of sleep disorders in adults also vary depending on the disorder itself. This is why it when a person is having trouble sleeping, seeking medical help is important since it can help pinpoint what’s happening, and address the cause directly.

Here are 5 of the most common types of sleep disorders in adults as well as their possible causes:

Insomnia is one of the most common types of sleep disorders. In fact, it is estimated to affect about 35% of adults. It is a disorder that makes it difficult for a person to fall asleep.

Having insomnia usually means that even if you try to sleep earlier at night, you’ll find yourself falling asleep really late, or even in the morning. As a result, this can make a person more prone to feeling sleepy in the morning, or even oversleeping.

Insomnia can even lead to accidents, such as if a person is driving, or working heavy machinery, and they suddenly feel sleepy, or fall asleep because they didn’t have a good night’s rest. It can also cause problems such as anxiety, depression, and even physical illness since the body is not getting the rest that it needs.

There are a number of things that can potentially cause insomnia, such as the following:

The most common causes are stress, lifestyle factors, as well as an irregular sleep schedule. This is why it is important for adults to take some time for rest and relaxation, adjust their sleep schedule, and make sure to avoid situations that can disrupt your normal sleeping schedule.

However, if you feel that you can no longer do anything about your insomnia, do not hesitate to talk to a doctor about it.

Sleep apnea is a sleep disorder wherein a person’s breathing starts and then stops. The most common symptom of sleep apnea is snoring, but it can also cause a person to stop breathing during sleep, a morning headache, insomnia, and gasping for air while sleeping.

Sleep apnea occurs when the muscles in the back of a person’s throat start to relax when sleeping. When these muscles start to relax, the airway gets narrower, which makes breathing more difficult.

Your brain notices this sudden change in your breathing, and you can wake up for a moment so that you can breathe better. Usually, people with sleep apnea don’t even notice these short moments of waking up.

Sleep apnea can make a person feel tired in the morning even if they had a full night’s rest. It can also lead to more serious problems such as high blood pressure, liver problems, and problems with metabolism. Another effect of sleep apnea is that it can disrupt the sleep of other people, because sleep apnea also triggers snoring.

Narcolepsy is a condition wherein a person falls asleep no matter where they are. This means that a person could fall asleep without any warning, even if they’re in the middle of working. It can also cause people to feel very drowsy during the day, and can cause insomnia, and difficulty sleeping at night.

The main cause of narcolepsy is the lack of a chemical called hypocretin. Hypocretin is a chemical produced by the brain that helps regulate sleep. It is believed that this happens when the immune system mistakenly attacks parts of the brain that produce this chemical.

It can also be triggered by serious psychological stress, be passed on through genetics, triggered by puberty, as well as a sudden change in sleeping patterns.

Restless leg syndrome or RLS is a condition wherein a person feels an uncontrollable need to move their legs while sleeping. Usually, when people fall asleep, their body experiences muscle paralysis. This helps people avoid getting injured or getting hurt while they are asleep.

For people with RLS, this doesn’t occur. This means that they might have an urge to constantly move their legs, or move around in general while they are asleep. This can cause fatigue, difficulty sleeping, and can even disturb other people sleeping around you.

RLS can be caused by a number of things, including the following:

In order to treat RLS, the underlying cause needs to be addressed first. So talking to a doctor to get a proper diagnosis would be the best thing to do.

REM sleep disorder is a condition wherein a person acts out their dreams while asleep. This means that a person might start moving their limbs around, or even kick, punch, talk, or scream while they are asleep.

One concern with REM sleep disorder is that it can cause a person to get injured, since they can hurt themselves if they move around while asleep.

Here are some of the possible causes of REM sleep disorder:

For the most part, REM sleep disorder can be treated with medication, as well as treating the underlying causes.

It’s important to not disregard or dismiss any possible signs of sleep disorders. By being knowledgeable about both the symptoms and causes of sleep disorders in adults, we can have an idea of when to seek medical help to address our problems.