The Health Benefits and Risks of Coffee 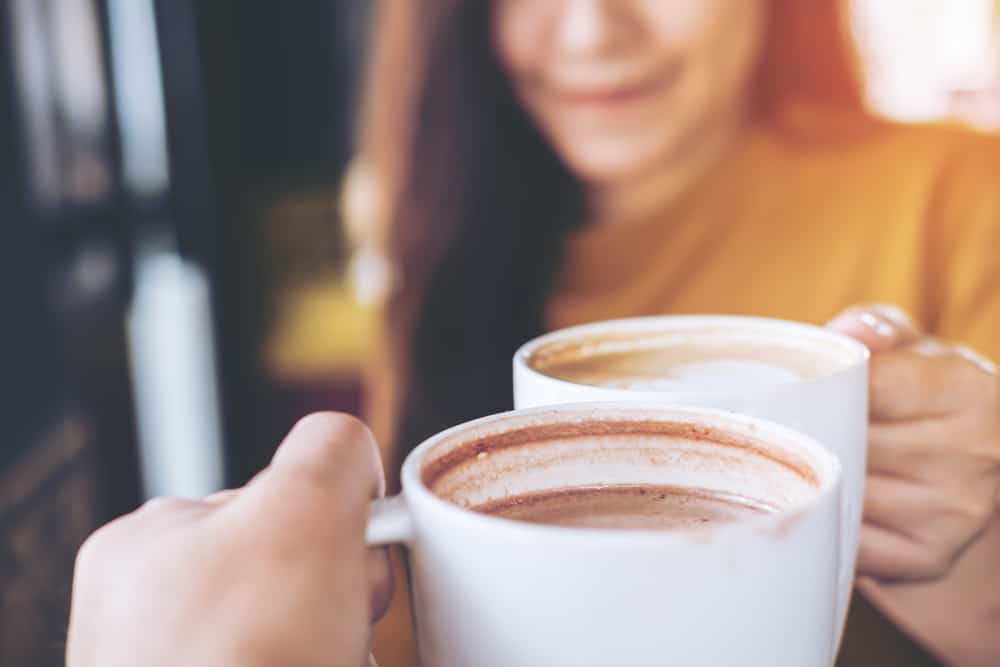 Coffee ranks among the most popular drinks in the world. In fact, millions of people worldwide would probably have a hard time without a cup of coffee in the morning. But aside from its ability to wake us up and get us ready for the day, did you know that there are also health benefits and risks of coffee?

What are the health benefits and risks of coffee?

Because a lot of people drink coffee everyday, it’s important to be aware of the effects that it can have on the body. This way, people can know if they are drinking too much coffee, or if it’s okay for them to keep drinking the same amount of coffee each day.

Let’s first start with the benefits that coffee drinking can provide.

The benefits of coffee

Coffee is rich in caffeine, vitamin B2 or riboflavin, magnesium, and other plant compounds. These can potentially have beneficial effects on a person’s health.

It lowers the risk of heart disease

Firstly, drinking coffee in moderation can actually lower the risk of heart disease. This might sound surprising, because a lot of people with heart problems tend to avoid drinking coffee entirely.

However, if consumed in moderation, coffee can actually protect a person from heart disease.

Researchers found that drinking coffee regularly could potentially lower the risk of coronary heart disease, and the effect is more apparent among women.

Both caffeinated and decaffeinated coffee produced these results, so it’s possible that a different compound in the coffee, and not caffeine is responsible.

However, it is important to note that coffee would only have this effect when taken in moderation, with as little sugar as possible. Drinking too much coffee can actually produce the opposite effect.

Another benefit that has been associated with coffee is a lower risk of diabetes. It is believed that caffeine has an effect on how the body uses insulin. So drinking coffee might actually lower the risk of type 2 diabetes.

However, it is important to note that this can only happen with coffee that has very little to no sugar. If you add a lot of sugar to your coffee, then you might want to reduce your sugar intake, or use a sugar substitute instead.

Coffee drinking has also been found to lower the risk of Alzheimer’s and Parkinson’s disease.

It does this because caffeine blocks certain receptors in the brain which triggers cognitive decline. This means that drinking coffee regularly until old age could potentially help ward off or at the very least delay the onset of Alzheimer’s and Parkinson’s disease.

Despite having many health benefits, drinking too much coffee can have a number of negative health effects. Here are some of the possible health risks associated with coffee:

One risk associated with drinking too much coffee is cancer. Though surprisingly, the risk was not associated with the chemicals in coffee itself, but at the temperature that people drink coffee.

It was found that drinking coffee at around 60 degrees Celsius can increase the risk of esophageal cancer. This was because the temperature of the coffee can cause inflammation in the cells of the esophagus.

However, other hot drinks can also pose this risk, and it is not solely attributed to coffee. So it might be a good idea to drink coffee at a slightly lower temperature in order to lower this risk.

While coffee can lower the risk of cardiovascular disease, drinking too much of it can have the opposite effect. This means that too much coffee can increase the risk of heart problems.

This happens because caffeine can elevate a person’s blood pressure. This, in turn, causes the heart to beat faster, or even beat in abnormal rhythms.

If a person drinks a lot of coffee everyday, then these little things can slowly build up. And over time, they could lead to cardiovascular disease.

So the best thing to do would be to drink coffee in moderation.

Aside from the health risks mentioned above, coffee can also increase a person’s risk for heartburn, anxiety, frequent urination, and palpitation.

Granted, these are mostly minor concerns, but they can be bothersome to deal with over time.

Another possible problem with coffee drinking is that it can make it difficult to fall asleep. It can even lead to insomnia if a person regularly drinks coffee.

This is why it is important to be mindful of how coffee affects your body. If you tend to get jittery, it might be a good idea to lower your coffee intake. You should also drink less coffee if you find yourself having difficulty falling asleep.

By moderating your coffee drinking habit, you can gain the benefits without the associated health risks.

The Buzzworthy Benefits of Raw Honey