Are Artificial Sweeteners Good or Bad for Your Health? 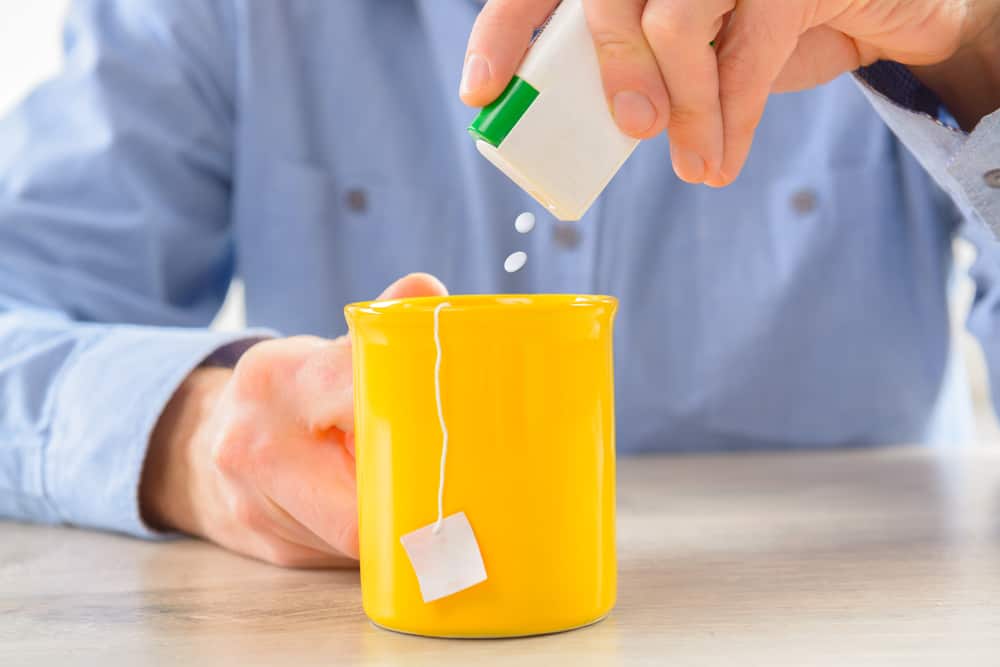 The harmful effects of eating too much sugar is well known. But what are the effects of artificial sweeteners on the body?

Companies usually brand artificial sweeteners as a sugar substitute. This is because they can help make food taste sweet, but without the added calories and health risks associated with sugar. But are they really the perfect solution for people looking to cut back on sugar? Or is it just too good to be true? Let’s find out.

What are Artificial Sweeteners?

Artificial sweeteners, as the name suggests, are synthetic sugar substitutes. They are sometimes derived from plants, such as with stevia-based sweeteners, or they might be derived from real sugar.

Here are some of the common types of artificial sweeteners:

Before diving into understanding the effects of artificial sweeteners on the body, let’s first check out some of the most common names of available sweeteners.

In terms of sweetness, aspartame is about 200 times sweeter than regular table sugar.

One criticism against the use of acesulfame-K is that it contains a carcinogen. However, its use has been approved by both the FDA in the US and the European Union.

Saccharin, depending on the formulation, is about 200-700 times sweeter than sugar. It is another popular sugar substitute, and it is not uncommon to find saccharin being used in some sugar-free products.

While it is much sweeter compared to aspartame and acesulfame-K, it can have a metallic or bitter taste, especially in higher concentrations.

Sucralose is derived from sucrose, which undergoes a process to reduce the amount of calories it contains. One benefit it has compared to other sweeteners is that it does not have a bitter aftertaste.

Soft drinks, baked goods, and sugar-free foods can also contain neotame. Just like sucralose, neotame does not leave a bitter aftertaste, so some people may prefer it to other sugar substitutes.

It has the advantage of not having any bitter or off-tastes, as well as having a longer-lasting sweetness. This makes it taste really great, and people might prefer using advantame to other types of sweeteners.

Lastly, there is also stevia. While not an artificial sweetener per se, stevia is a popular sugar substitute.

Why is Too Much Sugar Bad for You?

Sugar is essential to our body functions. When we eat, our bodies convert carbohydrates into glucose (blood sugar). Our body then uses this sugar as fuel for our day-to-day activities. Thus when we substitute sugar, you’ll see and feel key differents in the effects of artificial sweeteners on the body.

However, if we eat too much sugar, our bodies will store the excess sugar as fat. This can lead to weight gain, and all of the problems associated with being obese or overweight.

Another problem is when there is too much sugar in our bloodstream. This can lead to a condition called hyperglycemia, which can cause damage to a person’s blood vessels. Too much sugar in the blood can even cause a diabetic coma.

This is also the reason why diabetics need to keep their carbohydrate intake at a minimum, to avoid hyperglycemia.

On the other hand, too little sugar can cause a condition called hypoglycemia, which is just as dangerous.

One of the reasons why sugar substitutes are popular among diabetics is that it helps fulfill their craving for sweets, but without the added sugar. This means that they can better control their sugar intake, and still satisfy their sweet tooth.

Are Artificial Sweeteners Better for the Body?

If you see any artificial sweeteners in the supermarket or used in soft drinks, those have all passed safety standards. This means that they will not cause any health problems if consumed.

The effects of artificial sweeteners on the body can vary

This is why it is important to eat foods in moderation, since eating too much artificial sweeteners can be detrimental to your health too.

Artificial sweeteners are safe, and diabetics and the health-conscious can use them without worrying about their health. However, it would still be a good idea to only use these products in moderation to avoid certain negative effects of artificial sweeteners on the body.

The 5 Best (and Worst) Sweeteners You Can Eat – Health Essentials from Cleveland Clinic, https://health.clevelandclinic.org/5-best-and-worst-sweeteners-your-dietitians-picks/, Accessed August 18 2020

How to Stop Craving Sugar and Salt