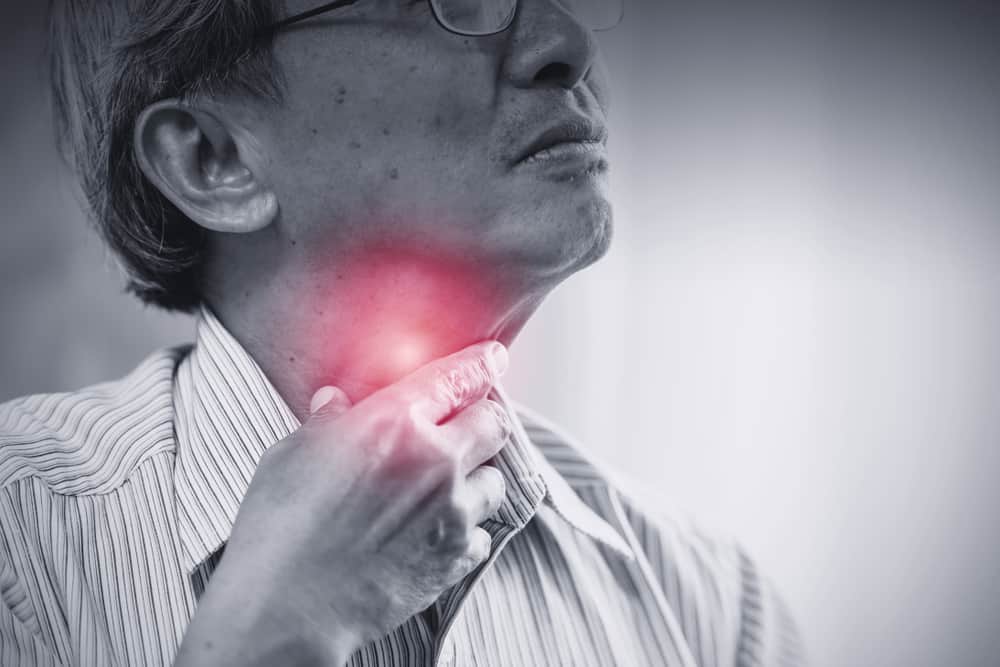 But did you know that Barrett’s esophagus is the most common type of chronic gastrointestinal disease?

It’s more common among people with gastroesophageal reflux disorder or GERD, and affects roughly 5% of those patients. In addition, it can increase a person’s risk of developing esophageal cancer, which is why it is important for people to be aware of this condition.

What is Barrett’s esophagus?

Barrett’s esophagus has also no known symptoms. However, you can watch for signs of the conditions it’s associated with like heartburn and acid regurgitation. In fact, the only way to diagnose this condition would be to undergo an endoscopy, so that the doctor can check if there is any abnormal growth in your esophagus.

When it comes to Barrett’s esophagus, heartburn that occurs at least twice a week is the biggest red flag. Heartburn symptoms include a burning sensation in the chest and vomit in the back of the throat (acid regurgitation).

Other symptoms you should watch out for include:

It is possible that this condition could make GERD symptoms worse, such as make it harder to swallow food and cause chest pain. But generally, people with Barrett’s esophagus do not suffer from symptoms brought about by their condition.

Doctors believe that the main cause of Barrett’s esophagus is due to GERD which causes chronic inflammation of the esophagus. What happens is that over time, the stomach acids start to break down the lining of the esophagus.

Instead of the normal cells lining the esophagus, what grows are cells that are more like that of the small intestine. Although columnar cells are more resistant to the acidic material being regurgitated into the esophagus, they are more prone to transforming into cancer.

Most people with Barrett’s esophagus also have GERD, but this is not always the case. So if you have chronic GERD, or frequently suffer from heartburn, it might be a good idea to get yourself checked.

For some reason, Barrett’s esophagus is more common among men.

GERD: All You Need to Know

What is the connection between Barrett’s esophagus and cancer risk?

Because of the continuing damage caused by reflux, the columnar cells may transform into malignant cells through a process called dysplasia, and cancer can develop in the esophagus. However, the chances of it occurring are relatively low, and most people with Barrett’s esophagus do not get diagnosed with cancer.

Regardless, it would still be a good idea to see a doctor, and take preventive steps to lower the risk of developing cancer.

Who is at risk for this condition?

Surprisingly, the severity of GERD symptoms does not seem to increase the risk of developing this condition. But recurring bouts of GERD may be a risk factor. People who have had GERD for a long period of time are more prone to this condition. This includes people who have been diagnosed with GERD at a younger age.

What can you do to prevent it?

The management of Barrett’s esophagus begins with the control of GERD.

Here are some things you can do to lower your risk of GERD and Barrett’s esophagus:

After surgery, the patient continues to undergo treatment to manage GERD symptoms. This helps prevent esophageal irritation and the recurrence of Barrett’s esophagus.

In some cases where the esophagus has narrowed, dilation might be required to fix it. This involves using a tool to widen the narrowed part of the esophagus.

When it comes to Barrett’s esophagus, the important thing to remember would be to get it checked by your doctor. The risk of it developing into cancer might be low, but an estimated 5% to 10% of people with GERD develop Barrett’s esophagus.

Controlling GERD symptoms is central to the management of Barrett’s esophagus since it can lower the risk of malignant transformation. Taking steps early on to avoid these conditions can help you avoid more serious complications in the future.

How to Know If You Have GERD