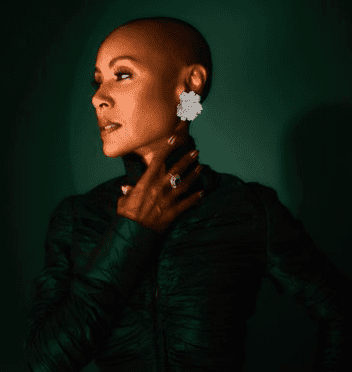 Will Smith made headlines at the 2022 Academy Awards ceremony on March 27. It was not for his very first Oscar win, but over a joke that comedian presenter Chris Rock directed at Smith’s wife, Jada Pinkett Smith.

When presenter Chris Rock quipped, “Jada, I love you. ‘G.I. Jane 2’, can’t wait to see it,” referring to the actress’ shaved head. While initially appearing to laugh at the joke, Smith walked up the stage to an unsuspecting Rock and struck him across the face.

To which Smith replied: “Keep my wife’s name out [of] your f***ing mouth!”

If you’re wondering what just happened there, there’s something you should know about Jada’s shaved head.

In 2018, Jada revealed that she is struggling with alopecia. It is an autoimmune disorder that affects hair growth and causes damage to the scalp. In this condition, the immune system attacks hair follicles.

“A lot of people have been asking me why I’ve been wearing turbans…It’s not easy to talk about, but I am going to talk about it,” she reportedly said on her Red Table Talk series.

“I was in the shower one day and had just handfuls of hair in my hands and I was just like, ‘Oh my God, am I going bald?'” According to the actress, she was overtaken by fear. As a result, she decided to cut her hair and continues to do so.

Although it is not an infectious condition, it can affect people of all ages. It usually starts in children and adults in their 20s. Alopecia can cause hair loss in any part of the body, and they fall out in small, round patches.

When is hair loss normal and when should I be worried?

Pinkett Smith’s condition is different from normal hair loss. Experts say that the body sheds 50 to 100 hairs each day. However, it can be exacerbated by external factors:

In cases of hair loss, the hair will not grow back until its root cause is solved. If you suspect a more serious condition that causes your hair loss, it is best to speak with your doctor.

Will Smith reacts to the incident

After a downsized ceremony last year, the 94th Annual Academy Awards returned to the fullness of a true red carpet event.

Smith won his first Oscar for his performance as Venus and Serena Williams’ father, Richard Williams, in King Richard

In his speech, he addressed the incident: “Love makes you do crazy things.” He likened himself to the real Williams. “Richard Williams was a fierce defender of his family. In this time in my life, in this moment, I am overwhelmed by what God is calling me to do and be in this world.”

In the end, Smith apologized to the Academy and his fellow nominees. He also expressed his hope that they would invite him back.

We must remember that people suffering from such conditions should be treated with compassion. Will Smith displayed an extremely strong reaction, but perhaps as Jada’s husband, he knew her struggle with the condition.

DO YOU HAVE HAIR LOSS OR HAIR SHEDDING?, https://www.aad.org/public/diseases/hair-loss/insider/shedding. Accessed 28 Mar 2022

Jada Pinkett Smith Has Been Open About Her Alopecia — Here’s What She’s Said About Hair Loss, https://people.com/health/oscars-2022-backstory-jada-pinkett-smith-alopecia-hair-loss-why-will-smith-reacted-to-chris-rock-joke/. Accessed 28 Mar 2022