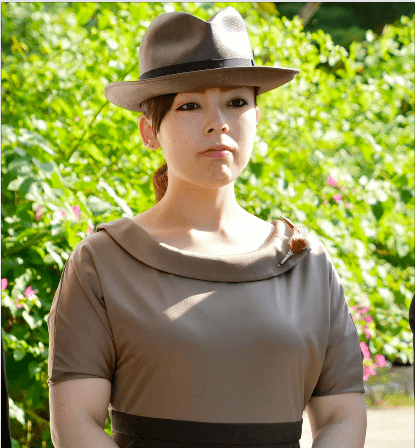 The Japanese imperial family revealed its first COVID case when Princess Yoko tested positive for it. Shortly after, she was hospitalized with the diagnosis of pneumonia.

According to a statement released by Japan’s Imperial Household Agency to Tokyo-based Kyodo News on Wednesday, the 38-year-old Princess Yoko, who is the younger daughter of the late Prince Tomohito of Mikasa (first cousin of former Emperor Akihito), complained about having a sore throat on Monday. The next day, she then tested positive for COVID-19. She was immediately sent to the Imperial Palace’s hospital for treatment.

She hasn’t been to any recent gatherings with food or drinks, and the source of the virus is still unknown. However, on January 30, she took part in the ceremony at the palace to honor a late emperor.

She is the first reported COVID case in the family and there is no confirmed transmission among her employees. However, her sister, Princess Akiko (40) will also have to undergo testing. The agency mentioned that the two came in contact several days ago.

The princess was being treated inside the palace, but she was taken to the University of Tokyo Hospital after receiving her new medical reports revealing a diagnosis report for pneumonia.

Princess Yoko is the president of Yuai Jujikai, a social welfare organization based in Tokyo, as well as the honorary president of the Japan Universal Sound Design Association, a non-profit organization dedicated to people who have impaired hearing.

Pneumonia is a condition that makes one or both lungs’ air sacs inflamed. Cough with phlegm or pus, fever, chills, and trouble breathing may occur as the air sacs fill with fluid or purulent material. It can be due to bacteria, viruses, and fungi.

Its symptoms can range from mild to severe, which depends on what type of germ is causing the infection. It also takes into account a person’s age and overall health. A cold or flu’s mild symptoms are generally comparable to those of a cold or flu, but they continue for a longer time.

Pneumonia can have the following signs and symptoms:

Connection Between Pneumonia and COVID

There is a dangerous link between pneumonia and COVID-19 as the former can be a consequence of the latter. Initially, pneumonia was one of the symptoms observed in the first COVID patients. Thus, it was first recognized as novel coronavirus-infected pneumonia (NCIP).

Since COVID-19 pneumonia reduces the amount of oxygen in the lungs, coughing and shortness of breath are common symptoms.

Worried About Pneumonia? Take the Risk Screener Below:

Infections begin in small parts of the lungs at first, then spread slowly over days or weeks. As a result, it’s not uncommon for patients with COVID-19 pneumonia to infect both lungs rather than just one.

Due to the severity of COVID-19 and the duration of the infection, damaged lung tissues result, resulting in more serious complications such as acute respiratory distress syndrome (ARDS). ARDS is a rapid-onset form of lung failure that necessitates the use of ventilators to bring oxygen into the lungs.

Furthermore, it can have a significant impact on other essential organs such as the heart, kidneys, and brain. This is because lung failure can lead these organs to become weak.

Currently, the sixth wave of Covid-19 is raging in Japan due to the highly transmissible Omicron strain. Because of this, the government is planning to extend the quasi-state of emergency to 12 more provinces. For the time being, 34 of the 47 provinces have tightened their prohibitions to prevent the infection from spreading. Moreover, Prime Minister Fumio Kishida also plans to increase its vaccination campaign by administering 1 million booster doses per day in the second half of February.

According to a Kyodo News report, the cumulative COVID-19 death toll exceeded 20,000 on February 11.

The country with a 126 million population has also confirmed 3.4 million cases since the 2019 outbreak.

Is Pneumonia Contagious? How To Prevent The Spread Of Pneumonia