Sofia Jirau Is the First Victoria's Secret Model With Down Syndrome 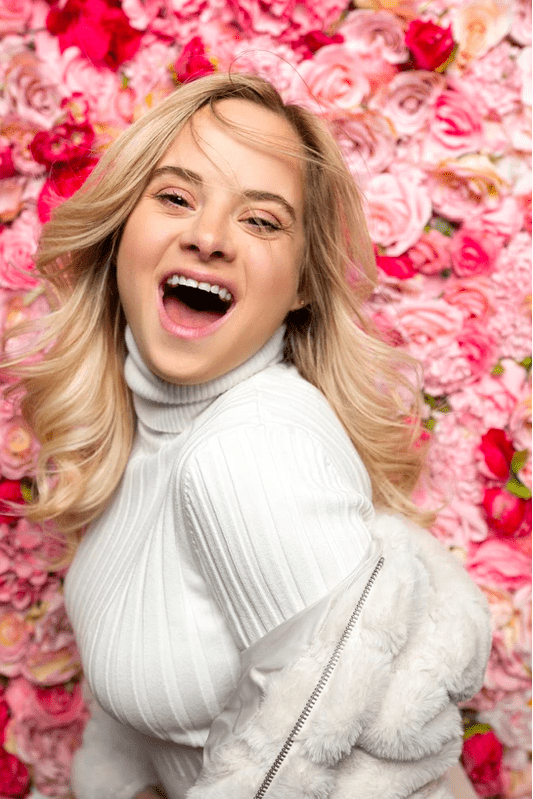 Sofia Jirau is unlike any other model in the world. The young Puerto Rican is not just a pretty face. She is also a history maker. Sofia is the first model with Down syndrome in the history of Victoria’s Secret. The 24-year old appeared with 17 other women to promote the new all-day comfort Love Cloud connection. This marks a landmark for people with Down syndrome as Sofia breaks stereotypes.

A Model With Down Syndrome

Sofia did what any person would when presented with such big news. She posted it on Instagram. “One day I dreamt it, I worked at it, and today it’s a dream come true. I can finally share my big secret. I am the first model with Down Syndrome for Victoria’s Secret!” reads a translation of her post.

She has been modeling since 2019 and owns her own online store. It is called “Alavett,” a play on the words “I love it.” That just happens to be her favorite phrase and life motto.

Jirau became one of the few models with Down syndrome to walk at New York Fashion Week in February 2020. Her social media accounts emphasize her goal of encouraging others to pursue their dreams.

“Inside and outside, there are no limits,” Jirau says on her website. She has also modeled in San Juan Moda, Puerto Rico, among other runways.

Debunking Myths About Down Syndrome

Down syndrome is the most common genetic chromosomal disorder and cause of learning disabilities in children. It also causes other medical problems such as heart and gastrointestinal disorders.

Sofia Jirau represents a chance to change these misconceptions. Her modeling in such a high-profile way sheds a new light on both Down syndrome and the world’s beliefs about it. The Love Cloud collection features women described by Victoria’s Secret as from “a myriad of backgrounds.”

Sofia Jirau made history by becoming the first model with Down syndrome to appear in a campaign for Victoria’s Secret. The 24-year-old Puerto Rican started modeling in 2019. She runs her own online store called “Alavett.” Jirau represents a change in the way many perceive people with Down syndrome. The way they are educated and learn motor skills used to be simply neglected. Victoria’s Secret launched the Love Cloud collection using women from many backgrounds, shapes, and sizes. Jirau is now focused on conquering the runways of Europe and breaking more barriers on the way.

For more on Behavioral and Developmental Disorders, click here.

7 Facts About Down Syndrome: Causes, Symptoms, and Treatment

Down Syndrome Treatment: How To Support Your Child