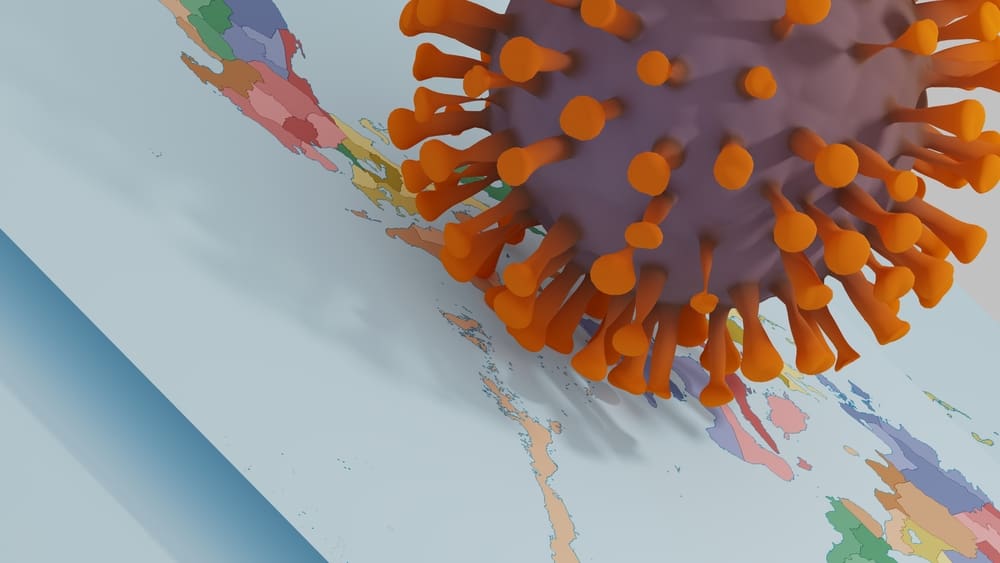 On Wednesday (April 27), the Department of Health (DOH) announced the country’s first case of Omicron BA.2.12. This particular Omicron subvariant is highly transmissible. And it is currently causing a new wave of infections in the United States.

The DOH said that the individual with Omicron subvariant BA.2.12 is a 52-year-old Finnish woman who entered the country on April 2. However, she did not undergo isolation in a quarantine facility because when she arrived, she was asymptomatic. She was also fully vaccinated.

In addition, the department also shared that the case had traveled to a university in Quezon City and then to Baguio City to conduct seminars. Afterward, she developed mild symptoms, including a headache and sore throat nine days after arriving in the country.

After completing seven days of isolation, she recovered. On April 21, she returned to her home country, Finland.

According to the DOH, tracing is already underway with 9 asymptomatic close contacts in Quezon City. Two of them have already tested negative for COVID-19.

In an interview with ABS-CBN News Channel, Health Undersecretary Maria Rosario Vergerie said, “As to the close contacts, she had nine close contacts in Quezon City, she also had five close contacts in Benguet, and all of them are being closely monitored. Some of them were tested already which turned out to be negative.”

“We got the manifesto already from the airplane. We had our contact tracing already. She had a total of 30 close contacts, near contacts in the airplane,” she added.

Majority of the patient’s close contacts have full vaccination against COVID-19.

“All of them are being closely monitored and nobody is experiencing symptoms as of this time,” the health official asserted.

What We Know So Far About Omicron Subvariant BA.2.12

Omicron subvariant BA.2.12 is a sublineage of the Omicron subvariant. The US Centers for Disease Control (US-CDC) recently associated it with an increase in COVID-19 cases in the US two weeks ago.

There is currently insufficient evidence to determine whether BA.2.12 can cause more severe symptoms or not. Moreover, the World Health Organization (WHO) has not classified Omicron BA.2.12 as a variant of interest or variant of concern. According to preliminary research, BA.2.12 is 20% more transmissible than BA.2. The latter is the dominant subvariant of Omicron in the Philippines and the rest of the world.

The BA.2.12 subvariant “reminds us that the virus is still out there, and cases can go up the moment we let our guard down.”

With the discovery of a new Omicron subvariant in the country, experts stress the importance of vaccination, especially the rollout of booster shots.

“The public can avoid all variants, whether new or currently circulating, by continuing to wear the best-fitting masks, isolate when sick, double-up protection through vaccination and boosters, and ensure good airflow,” the DOH asserted.

Where We Stand in Our Fight Against COVID-19

Health reform advocate and former special adviser of the National Task Force (NTF) against COVID-19 Dr. Anthony “Tony” Leachon also stated that projections from the independent group OCTA Research, medical experts, DOH, and the WHO indicated that another surge could occur following the national and local elections.

According to him, this could take place due to a number of factors, including:

OCTA Research warned that the number of new COVID-19 cases could reach 5,000-10,000 per day once the new Omicron subvariants enter the country.

Based on the National Vaccination Operations Center (NVOC), 13 million out of 51 million eligible individuals have received their first booster shots.

Many Countries Haven't Seen Omicron Peak Yet - WHO