Multiple Births: Everything You Need to Know About Multiples 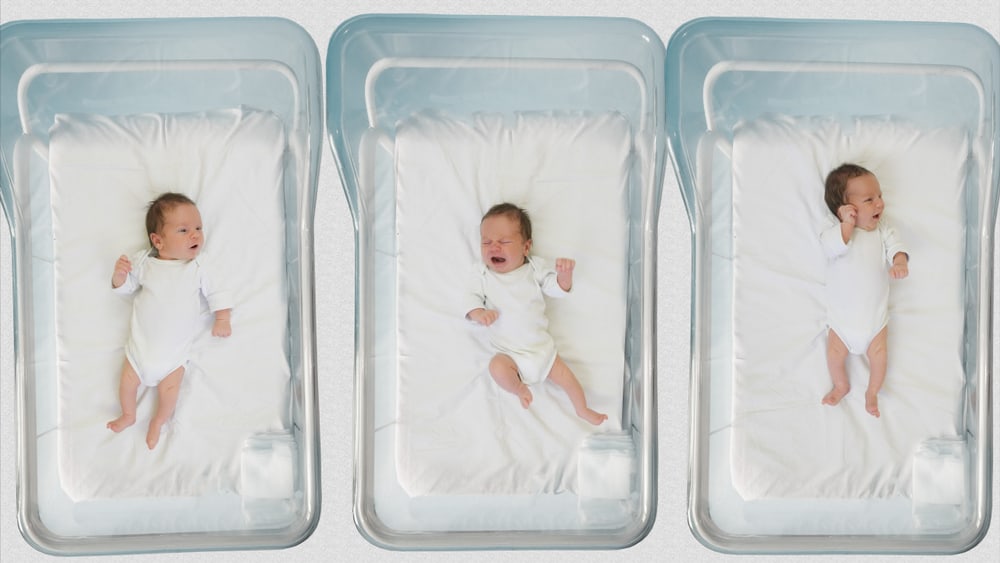 When it comes to pregnancy, there are a lot of things that a mother can’t be certain about, and having multiple births is one of them. It is also known as multiple pregnancies and this occurs when two or more babies develop inside a mother’s womb. The most common type of which is twins.

For some, conceiving more than one baby might be somewhat overwhelming news, while others hope to achieve this type of pregnancy. So one big question that you might be asking is how commonly does this happen?

What are its Causes?

Various factors cause multiple births. Here are some of its natural causes:

A mother’s genes are one of the main reasons that can affect the chances of having multiple pregnancies. According to studies, if a family member on the mother’s side has a history of conceiving twins, there’s a higher chance for her of having one too.

Another thing that affects the chances of a woman conceiving multiple births is their age. Studies show that the changes in a female’s hormones after the age of 35, where more than one egg tends to be released, giving them a higher chance of having a multiple pregnancy.

Multiple studies show that a female’s race/ethnicity is another factor that can affect her chances of conceiving more than one baby at the same time. Some ethnicities increase the probability, while others significantly lower it. This will be explained further in the article

Generally speaking, it’s very rare for any woman to have multiples, as there’s only around a 3% chance of that occurring. Like mentioned, many factors can affect the chances of having a multiple pregnancy.

Ethnicity for one is very significant. According to studies, there’s a lower chance for Asians, especially those from East Asian countries, including the Philippines. On the other hand, African countries still produce the most number of multiple pregnancies all around the world.

However, there’s recent research that shows an increase in the number of twin pregnancies, the most common type of multiple birth, over the past few years. This is most especially apparent in the Western part of the globe.

This rapid increase in statistics can be attributed more to the advancement of medical technology and assisted pregnancies such as in-vitro and like. More and more people prefer doing laboratory procedures to increase their probability of conceiving multiples than purely just relying on chance.

What are the Risks?

It is also important to know what are the risks that a mother could face if ever they will have a multiple pregnancy. Here are just some of the things that every woman should be aware of:

If a mother is carrying more than one baby, the nutritional needs also increase to sustain them. That is why there’s a great chance of the mother becoming prone to developing anemia, especially if her diet isn’t balanced and appropriate.

There’s also a bigger chance for mothers who are carrying multiples to experience higher blood pressure during pregnancy. It is always important to have regular check-ups with your doctor.

Another risk factor that a mother could experience is having premature babies or a miscarriage. Again, it’s harder to sustain more than one baby during pregnancy, so there’s always a chance of miscarriage if one of them doesn’t get enough nutrition. If both of them do survive, there’s also a chance for them to be birthed prematurely.

Having a normal vaginal delivery is definitely possible if you’re having twins. But, in most cases, it’s a lot safer to have a C-section delivery especially if the first baby is not facing head down. Even during normal delivery, the doctors are ready to operate in case an emergency happens.

Postpartum hemorrhage occurs when a mother heavily bleeds inside her uterus after giving birth. If a mother is delivering multiples, there’s definitely a higher chance of this from happening.

How to Achieve Multiple Pregnancy?

Having multiple pregnancies naturally is rare. It’s more reliant on chance than science. One of the means that offers higher success rates when it comes to conceiving multiples is through assisted medical technology.

You can consult a fertility specialist and talk to your doctor about other options such as In Vitro Fertilization (IVF). IVF is a medical procedure that’s commonly used for couples who haven’t been able to get pregnant naturally. During this procedure, there’s an increased chance of the mother conceiving multiples. However, it is still not certain. Regarding safe pregnancies through assisted medical methods, consult your doctor.

Multiple births are not a common occurrence. Although some people really want to have twin babies or more, it still depends on a lot of factors that determine the chances in the end. There are medical procedures that can be done to help you increase your chances. However, there are always risks included in doing so. For more information and concerns, seek medical guidance.

Twin Peaks: more twinning in humans than ever before
https://www.researchgate.net/publication/350034962_Twin_Peaks_more_twinning_in_humans_than_ever_before Accessed March 15, 2021

What to Eat to Get Pregnant Faster: Is There a Pregnancy Diet?

What to Do When Preparing to Get Pregnant: What You Should Know