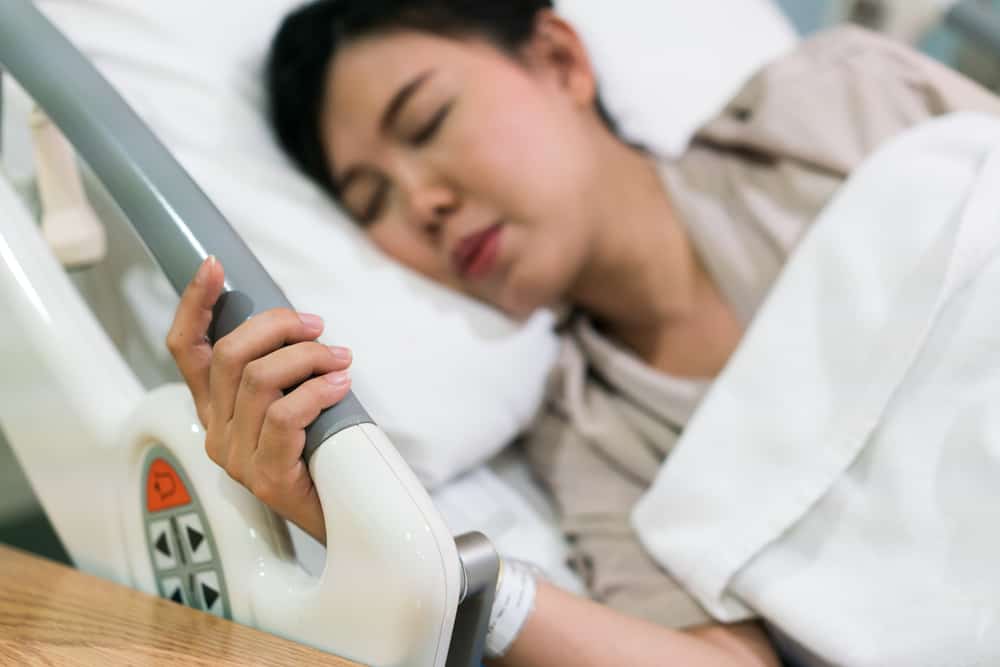 Postpartum hemorrhage or excessive bleeding during childbirth is a serious complication. It can happen in cesarean deliveries and even in normal vaginal deliveries. What are the causes and risk factors of postpartum hemorrhage? And is prevention possible? Find out here.

To better understand the main cause of postpartum heavy bleeding, it’s important to understand some key events during labor and delivery:

However, there are cases wherein the uterus doesn’t contract strongly enough to stop the bleeding. This condition is called “uterine atony” and it’s the most common scenario with postpartum hemorrhage.

Another possible reason for excessive bleeding is when bits or pieces of the placenta remain inside the womb. A mother may also bleed heavily if she has a tear in the tissues of her vagina, cervix, or uterus.

Now that you know about the \common causes of postpartum hemorrhage, it’s time to learn about the risk factors.

Aside from the retained placental tissues inside the womb, other problems related to placenta could also result to postpartum hemorrhage.

Placental delivery usually takes place after the baby’s birth. However, there are instances when the placenta detaches before the baby is born.

This condition is called placental abruption and it’s dangerous for both mother and child. Mothers can suffer from heavy bleeding while babies may be deprived of oxygen due to lack of substantial blood flow.

One of the postpartum hemorrhage risk factors is placenta previa.

Placenta previa happens when the placenta implants at the lowest part of the uterus, covering the cervix or lying near the cervical opening. This may cause severe bleeding when giving birth or at any time during pregnancy.

Another condition that can result in heavy bleeding after childbirth is placenta accreta.

In this condition, the placenta attaches itself so deeply into the wall of the uterus that it doesn’t separate. So the placenta or a part of it remains attached to the uterus.

Lotus Birth: All You Need to Know

Conditions During the Pregnancy

Women could also suffer from heavy bleeding if they have the following conditions:

Conditions During Labor and Delivery

The following situations in labor and delivery could also be considered postpartum hemorrhage causes and risk factors:

Besides the conditions and situations mentioned above, heavy bleeding is also possible for women who have blood-clotting disorders or infections.

Some reports likewise include obesity as one of the risk factors for postpartum hemorrhage.

How to Prevent Postpartum Hemorrhage

As of now, the most effective way to prevent postpartum heavy bleeding is an approach called AMTSL or “active management of the third stage of labor”.

The Four Stages of Labor and Delivery

Generally, what happens in the third stage of labor is the delivery of the placenta.

The components of AMTSL are the following:

An example of a potent uterotonic agent is Pitocin, which is a form of oxytocin. Uterotonic agents induce contractions to help stop bleeding.

In AMTSL, it’s common for the doctor to administer Pitocin during or soon after the delivery of the baby’s anterior shoulder.

To prevent postpartum hemorrhage, the doctor or midwife will most likely use the Brandt Andrews Maneuver. This is a method of extracting the placenta after the baby is born.

In this method, the healthcare provider puts controlled gentle traction on the cord using one hand, while the other hand pushes the anterior uterus backward (traction-countertraction movement).

The last component of AMTSL is performing a uterine massage after the baby is born.

Massaging the uterus will help it contract which helps stop bleeding. Furthermore, uterine massage will also help the mother expel any blood clots left inside her womb.

Most of the postpartum bleeding hemorrhage causes and risk factors are non-modifiable. But it doesn’t mean that you cannot do anything to reduce your risk of heavy bleeding after childbirth.

Always prioritize proper care during your pregnancy. This way, if any concern arises, you’ll be able to get early treatment.

Also, talk to the doctor about your risks and work on a strategy that could reduce or eliminate them.

Finally, in the hospital during the delivery of your baby, remember to stay calm and listen to the advice of your trusted healthcare providers.