Alcoholism: Early Signs to Watch Out For 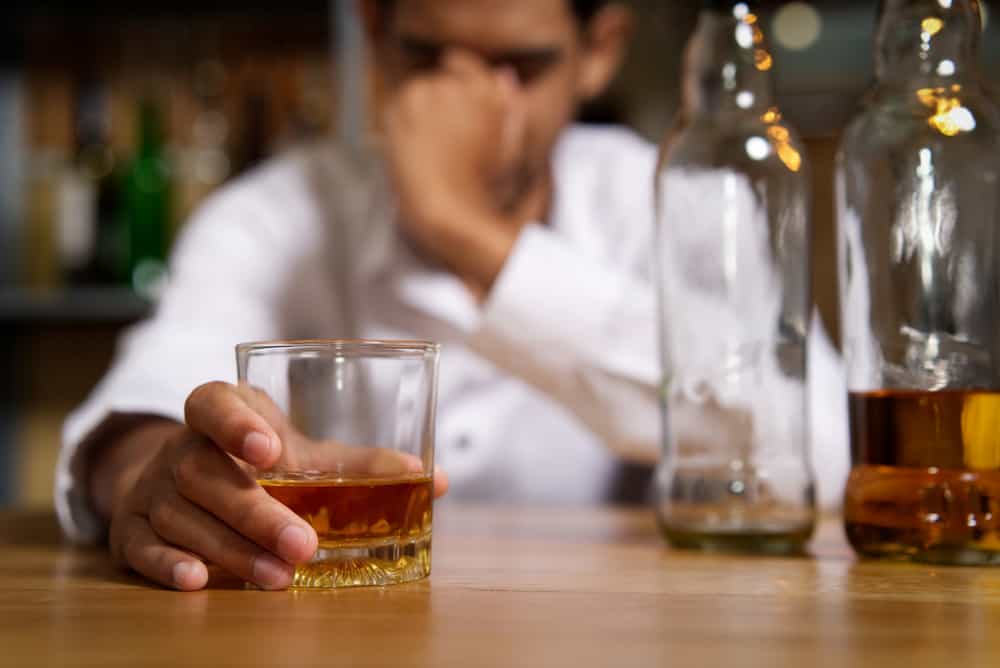 Alcoholism or alcohol use disorder (AUD) is a condition in which a person has an overwhelming desire or physical need to consume alcohol.

This urge persists despite the fact that it causes mental or physical health problems.

Alcohol dependence or abuse affects 13% of the population globally. The World Health Organization (WHO) says that about 3.3 million deaths yearly to harmful consumption of alcohol across the globe.

Philippine law places the legal drinking age at 18 years but underage drinking is widespread. Alcohol is easily accessible to young people through their friends or family.

And alcohol is an important aspect of Filipino celebrations. Beer is the usual go-to drink at parties and festivals. Many Filipinos are willing to have a drink even without a cause for celebration.

Before we take a deeper look at the signs and symptoms of alcohol dependence, it helps to understand its causes.

It is important to understand that alcoholism is a disease and can happen to anyone.

Many studies have tried to understand the causes and risk factors of alcoholism. Alcohol abuse is dependent on several factors.

Alcohol dependency may have an abrupt or insidious onset and neither form is an indication to avoid treatment options.

After prolonged periods of drinking, the brain becomes acclimated to the substance and sees it as necessary for ‘normal’ functioning. This is the basis of withdrawal signs and symptoms of alcohol dependence, which makes it difficult for many heavy drinkers to quit.

Alcoholism has causes which can be grouped as biological, environmental, social, and psychological factors. We discuss the role of each factor of alcohol use disorder as follows.

Studies show strong ties between alcoholism and genetic make-up. There are individuals who are easily consumed by the desire to drink, while others are not. Alcohol can give some people higher feelings of pleasure than others, prompting them to continue drinking.

Habitual behavior such as this makes people susceptible to alcoholism. Aside from that, individual differences in brain physiology can account for the variety in susceptibility levels.

Research lists about 51 genes associated with alcoholism which can be inherited over generations.

Studies have sought to find a link between close proximity to alcohol sales and the risk of developing alcoholism. It has been observed that people living near alcohol establishments are more likely to have a positive perception of alcohol.

Manufacturers are also allowed to display advertisements that paint drinking as not just acceptable but good.

Income is another big factor, people from affluent backgrounds are more likely to consume alcohol as opposed to people from humble backgrounds. This fact is contrary to common beliefs.

These are some of the most obvious contributing factors to excessive drinking. Research demonstrates that how non-human primates are raised in their early life has a predisposition to heavy drinking.

Culture, family, friends, and the people you associate yourself with play a role in a person’s likelihood to develop alcoholism.

Every individual has their own unique psychological set-up. The way we cope with negative occurrences differs. Alcoholism is more likely to occur in people who have conditions like depression and anxiety.

Personality disorders and other mental health issues can also increase the risk of alcoholism. Alcohol is used as a coping mechanism to forget about their underlying mental conditions.

Signs and Symptoms of Alcohol Dependence

We have explored what alcoholism is and its risk factors. What then are the signs and symptoms of alcoholism? Knowing these will keep us informed on when to seek help for ourselves or loved ones.

Early signs and symptoms of alcoholism include:

Progressive signs and symptoms of alcoholism are seen when the person keeps up consumption to the point of recurrent issues. These issues might include:

For a medical diagnosis of Alcohol Use Disorder to be made, certain criteria must be met.

According to the International Classification of Diseases, edition 10 (ICD-10) there must be:

If signs and symptoms of alcoholism are present, certain tests can be done to evidence its severity.

Blood tests are only useful for recent alcohol intake and can not ascertain the duration of persistently high usage. A blood test that shows an increased size of red blood cells can hint at prolonged abuse.

Other tests can be used to assess complications like liver and heart disease, gastritis, pancreatitis, type 2 diabetes, and more.

The CAGE questionnaire is also a widely used tool to diagnose alcoholism.

The questions are as follows:

C- Have you ever felt that you should cut down on your alcohol consumption?

A- Have you ever been annoyed by those criticizing your drinking?

G- Have you ever felt guilty about your drinking?

E- Have you ever had a drink first thing in the morning to calm your nerves or ease a hangover (eye-opener)?

Most of us know that the first step on the road to recovery is acknowledging the presence of alcoholism. Most Filipinos do not recognize the fact that it is a medical condition and ignore the signs and symptoms of alcoholism. Treatment options include:

The signs and symptoms of alcoholism might be right in front of you but you are unable to recognize them. It is crucial to tackling this serious problem before it gets worse because it can have serious complications.

Can Alcohol and Smoking Cause Hypertension?