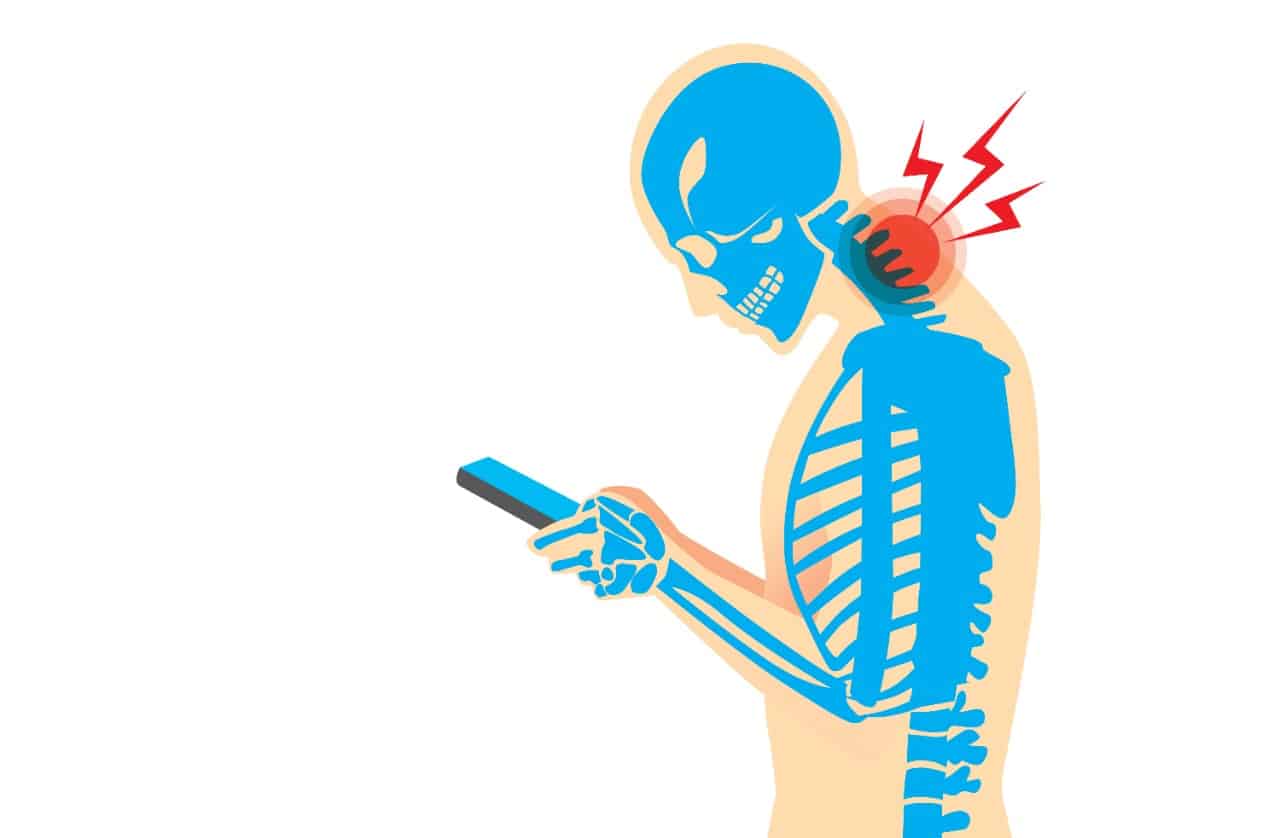 There’s no doubt that smartphones are an important part of daily life. We use them for work, education, communication, news, and entertainment. However, studies have uncovered some of the negative effects that smartphones have on their users. How can smartphones affect our health?

How to Stop Phone Addiction

It causes an “imbalance” of chemicals in the brain

A recent study from Pew Research Center revealed that 46% of Americans “cannot live without their smartphones.” This expression poses a significant health concern, as the study discovered that smartphone addiction can result in an imbalance in the neurotransmitter GABA.

GABA, which is short for gamma-aminobutyric acid, is a main inhibitory neurotransmitter in the nervous system. It regulates various brain functions and, as an inhibitory chemical, can cause symptoms like drowsiness. In the study, researchers found that young people with a phone addiction showed increased levels of GABA in one region of the brain. According to the investigators, this can lead to anxiety.

Try to take a break from your gadgets. There are many ways to do this. For instance, you can choose to temporarily deactivate one of your social media accounts or designate “smartphone-free” days during the week. You can also use your gadgets in only certain spots in your house, such as the study or home office.

It can hinder your cognitive capacity

Cognitive capacity is the total amount of information that a person’s brain is capable of retaining at a particular moment. With more and more people becoming dependent on smartphones, researchers couldn’t help but wonder: how do smartphones affect cognitive health?

A 2017 study revealed that just the mere presence of smartphones can reduce a person’s cognitive capacity. Before testing the participants’ cognitive capacities, the researchers divided them into three groups:

Results showed that the participants in the first group “performed better” than those that left their phones on their desk. Moreover, the researchers also concluded that while participants successfully resisted the temptation to check their phones, the mere presence of smartphones still “reduced the available cognitive capacity” since it allowed additional information, entertainment, and sources of distraction to be within reach at all times.

When trying to accomplish a task, avoid placing your smartphone on your desk or inside your pocket. If you can, leave it inside a not-easy-to-reach drawer or in another room. Furthermore, disable as many notifications as you can and put your phone on silent mode.

When researching how smartphones can affect our health (particularly our memory), Kaspersky Lab conducted a study involving 1,000 US consumers ages 16 to 55. Alarmingly, 91 percent of the participants agreed that they use their smartphones as “an extension of their brains.” Furthermore, 44 percent admitted their phone “holds everything they need to recall or know.”

However, recalling important details is not the only concern. Many Americans stated that they would be “devastated” if they lost the data (such as photos) in their digital devices.

Aside from reducing the amount of time you spend on your smartphones, consider old-school ways of remembering things, such as planners, mnemonics, and sticky notes. Additionally, if you need to recall important information, resist the urge to check your phone right away. Instead, try remembering it first on your own.

It can make sleeping difficult

How else can smartphones affect your health? Research indicates that it can lead to sleep deprivation.

One study showed that people who use their digital devices right before bed find it more difficult to fall asleep. However, the connection doesn’t end there. The study also revealed that people who stay attached to their phones before bedtime experience a decrease in sleep quality and have trouble staying asleep throughout the night.

This is all part of a vicious cycle: the more restless a person becomes in bed, the more likely they are to fiddle with their smartphones. As a result, they don’t get adequate rest. Scientists believe that the blue light coming from phone screens contributes to a person’s inability to sleep. The blue light can decrease melatonin, an important hormone that regulates the sleep-wake cycle.

Scientists suggest putting down your phone at least 30 minutes before bedtime. It will also help to keep your phone in a place that is not directly accessible from your bed.

One of the most alarming ways in which smartphones affect our health is their ability to distract people while driving.

In the United States, 1.6 million crashes happen annually because of cellphone use while driving. Here in the Philippines, the National Statistics Office (NSO), in their 2015 report, mentioned that using a mobile phone while driving is one of the top leading causes of traffic accidents.

According to studies, the risk of traffic accidents is 3 to 4 times greater when the driver uses their phone while at the wheel.

When driving, have someone else hold your phone or put it inside your bag (which should be kept in the backseat area). If you really need to check your phone, pull over at a safe spot. You can also place your phone on a stand and set it on loud speaker mode if you use it for navigation.

It can lead to anxiety and depression

As for mental health concerns, smartphones have been linked to anxiety—and it’s not just because of the negative headlines that we see online. Smartphones can also lead to anxiety when users realize that they have lost their phone, run out of credits, or have no network coverage. Several researchers have even conducted studies on nomophobia, which essentially means “No Mobile Phone Phobia.”

At this point, you may be wondering: if smartphones can cause anxiety, can they also cause depression?

Well, it turns out that they can. One cross-sectional study concluded that there is an “alarming” positive correlation between smartphone addiction and depression. In this case, smartphone addiction was defined as the obsessive and intense usage of one’s smartphone over prolonged periods of time, causing interference with life activities and symptoms of withdrawal and/or agitation when the smartphone is removed.

A digital detox can do wonders for your mental health. You can also unfollow accounts and profiles that post headlines and/or content that you find distressing.

It can affect you physically

Let’s not forget about how smartphones can affect your physical health.

One obvious risk is the pathogens on the surfaces of your smartphone. Seeing that you bring your phone with you almost everywhere, it’s not surprising that it can harbor disease-causing bacteria and viruses on the screen and other high-touch surfaces.

Doctors also warn the public about “text neck” and “trigger thumb.” These stem from bad posture and the overuse of hand muscles while using a smartphone. Of course, there’s also eye strain from staring at the screen.

Frequently clean your phone with disinfectant wipes to avoid the spread of pathogens.

Meanwhile, the best way to prevent trigger thumb and text neck is to reduce the amount of time you spend on your phone. If you need to use your smartphone for a long time, take a quick break every 30 to 45 minutes.

As many experts reiterate, smartphones are here for good. The only way we can prevent the negative effects of these devices is to manage our time spent on our smartphones and to use them purposively.