Obesity is a Bigger Killer than Smoking, a Study Finds 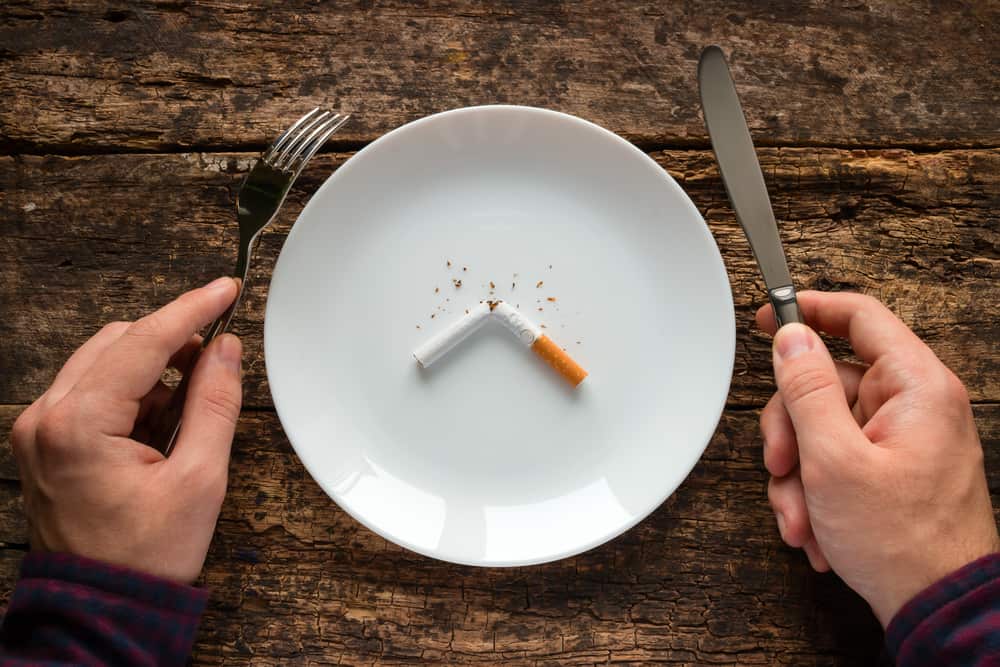 There are a handful of reasons why medical experts encourage people to stop tobacco use. Not only can it damage your respiratory organs and blood vessels, but cigarette smoking can also increase your cancer risk. However, studies reveal that there’s something worse than tobacco use. It turns out that obesity is an even bigger killer than smoking.

Everything You Need to Know About Obesity

The idea that obesity is an even bigger killer than smoking is not new. Around 2 decades ago, there was already an important study about it.

The study was headed by Kenneth Wells, a psychiatrist, and Roland Sturm, a health economist. In their data-gathering, they employed more than 9,000 adults and used their 1998 “self-reported” measures on the following areas:

The researchers hoped that they could analyze the effects of smoking status, BMI (height and weight), drinking problems, and poverty on the occurrence of 17 chronic medical conditions and physical quality of life.

In their study, they found that:

At the end of the research, they concluded that obesity is more detrimental to health than poverty, heavy drinking, and smoking.

Here’s an alarming note: It seems like even two decades later, this “nationally representative” study still holds some truth.

Obesity Leads You to Spend More on Medical Care

Obesity turns out to be a bigger killer than smoking because it leads you to spend more money on medical care. Wells and Sturm perfectly documented this in their research.

They found that regular heavy drinkers spend 14% more on health services than the general baseline population. Daily smokers, on the other hand, spend 21% more. But what’s more alarming is that those who were obese spend 36% more for their medical services. The research also added that the cost of medications is 77% higher if you are obese.

This only means that obese people spend the most on their healthcare than heavy drinkers, smokers, and those that live in poverty.

Keeping these results in mind, many experts believe that being obese will take a significant financial toll on people. And they could be right, judging by the 2008 data that we have.

According to the CDC, the estimated medical cost for obesity in the United States is U $147 billion per year. Additionally, a 2006 report revealed that an obese person spends about $1,429 more than a person with normal weight.

Obesity is More Prevalent than Smoking

Another reason why many experts believe that being obese is worse than smoking is that obesity has now become an epidemic – at least in the United States.

Two decades ago, 23% of Americans were considered obese, while only 19% were daily smokers. Recently, these numbers became higher.

For instance, a 2019 paper by the Cancer Research UK concluded that people who are obese now outnumber smokers in the United Kingdom. Their analysis showed that for every 1 smoker, there were 2 obese people.

In the Philippines, it’s also happening. According to the CIA World Factbook, the adult prevalence rate of obesity in our country back in 2014 was 4.7%. Just 2 years later, in 2016, it increased to 6.4%.

The Risk of Being Obese and a Smoker

Unfortunately, according to reports, some people face not one, but two extremely dangerous concerns. It turns out that some individuals who are obese are also smokers.

Now, experts do not know exactly why an obese person, who’s already facing a lot of health risks, would still smoke. But one reason could be that they believe that smoking can curb appetite and reduce sugar cravings. In other words, they think that smoking can help them lose weight.

The problem is this: Research shows that it’s not true.

In the study, Smoking Is Associated with More Abdominal Fat in Morbidly Obese Patients, the researchers discovered that smoking, while you are extremely obese, can result in higher BMI, more abdominal fat, and higher body fat percentage.

Because of this, many experts believe that being a smoker and obese is the “riskiest” health choice you can make.

The Need for a More Aggressive Campaign Against Obesity

Is obesity an even bigger killer than smoking? The study by Wells and Sturm seems to suggest so. They also explained that while obesity is already an identified health risk, there are fewer policies about it than smoking.

In our country, we have several anti-smoking campaigns. One example is we’re not allowing cigarette ads on TV and people cannot smoke in public places. Moreover, in 2014, R.A. No. 10643, or the Graphic Health Warnings Law, was passed. This law requires all tobacco products in the Philippines to carry a graphic warning on its packaging.

What above anti-obesity campaigns?

The Department of Health promotes a healthy diet among Filipinos. Furthermore, they also emphasize the importance of regular exercise. But many of us find it hard to have both.

For this reason, experts highlight that discipline in choosing foods and adherence to regular workout are important. Instead of eating processed foods, they promote finding healthy alternatives. To avoid a sedentary lifestyle, health institutions encourage at least 30 minutes of exercise daily as well.

Healthy, Tasty Food You Can Swap for Junk Food

Obesity could be a bigger killer than smoking, but it would be highly beneficial if you will have none of these risks. Try to find the motivation to quit smoking and always be mindful of your nutrition and exercise routines.

Obesity vs Smoking: Which is Worse?
https://www.angeleshealth.com/obesity-vs-smoking-which-is-worse/
Accessed September 21, 2020

How to Find Motivation to Quit Smoking

Estimating Portion Sizes With Your Hand: How Much is Enough?