Everything You Need to Know About Obesity

Written by Jan Alwyn Batara Updated Jul 05Medically reviewed by John Paul Ferolino Abrina, M.D.
What Does Being Obese Mean?|How Do You Know If You Are Obese?|Causes & Risk Factors|What Effects Does Obesity Have on the Body?|Treatment & Prevention 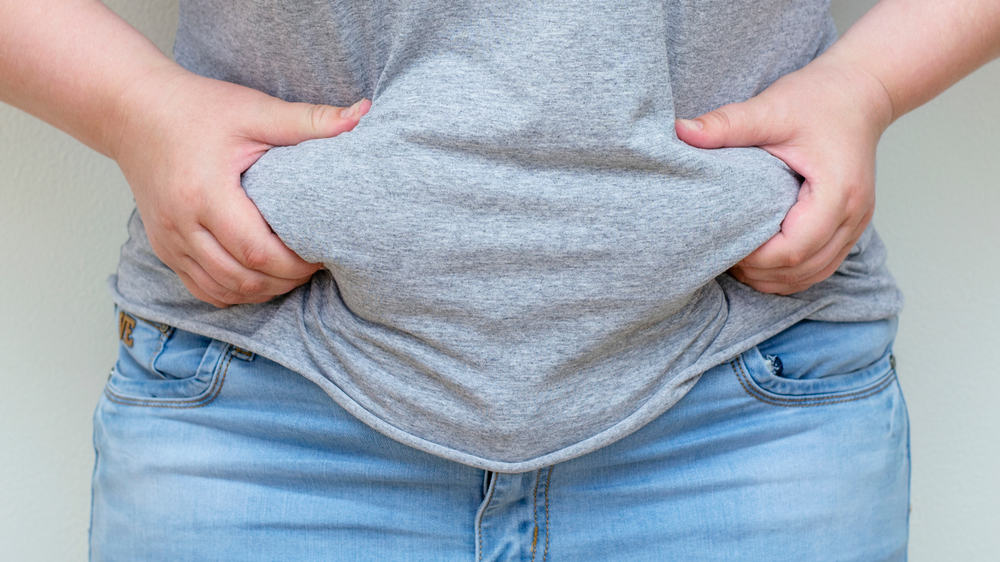 Obesity is a condition that affects more than 650 million adults worldwide. It is possibly one of the most prevalent conditions worldwide, and obesity in the Philippines is a serious health problem.

This is due to the fact that obesity can lead to a number of serious health problems such as heart disease, hypertension, diabetes, and even cancer.

What Does Being Obese Mean?

Most of the time, people associate being obese with a person’s weight. While it is true that people with obesity weigh more than the average person, it is not the only way to determine whether a person is obese or not.

Obesity is generally defined as having excess body fat. This excess fat can have a lot of detrimental effects on a person’s health, and is the reason why obese people are more prone to having health problems compared to the rest of the population.

One common misconception that people have about obesity is that it is mostly a cosmetic concern. However, obesity first and foremost is a serious health problem.

This is the reason why obese people are recommended to lose weight and strive for a healthy weight as much as possible.

How About Overweight People?

Another common question that people have is if overweight people are subject to the same health risks as obese people. The answer is yes, albeit overweight people may have less severe problems compared to those who are obese.

This is because overweight people still have an excessive amount of body fat in their bodies, and this increases their risk of health problems.

So it is still important for overweight people to try and get their weight down, and keep it down if they want to be healthier.

Obesity in the Philippines

Just like in other countries, obesity in the Philippines is a serious health problem.

Despite this, statistics, studies, and information regarding the state of obesity in the country is hard to find.

But based on a study conducted on 9,000 adults in 2013, around 30% of them were either obese or overweight. It was also found that people who were living in urban areas tended to be more prone to obesity compared to those living in rural areas.

Another factor that was found to increase the prevalence of obesity was economic status. Obese or overweight people tended to be more well-off compared to those with a healthy weight or those who are underweight.

This could possibly mean that lifestyle factors play a big role in the spread of obesity in the country.

Diet & Weight Loss: All You Need to Know

How Do You Know If You Are Obese?

Another common question that people have is how do you exactly know if you are obese or not? Since obesity is a condition, it needs to be diagnosed by a doctor, and this can be done through various ways.

What Makes a Person Clinically Obese?

Obesity is most commonly measured using a person’s BMI or body mass index. It is a straightforward way of computing how much mass a person has in relation to their height.

The formula used is dividing your weight in kilograms by your height in meters squared.

Here are what a person’s BMI numbers mean:

One limitation of the BMI method is that it does not account for muscle mass. Muscle mass is much denser compared to fat, so an athletic and muscular person can have the same weight as someone who is obese, but without the associated health risks. This is why weight is not the most accurate way of gauging a person’s health.

The best and most accurate way still would be to consult your doctor.

However, the BMI method can provide a reasonable estimate of whether you are obese or not. You may check for your BMI here.

One common myth about obesity is that obesity happens to people without enough self-control. However, things are not that simple, and obesity is usually the result of a number of factors.

Here are some of the possible reasons why a person is obese:

Obesity is not as one-dimensional as some people might think. This is why a multifaceted approach to weight loss is important to make sure that a person who loses weight can keep that weight off and stay healthy.

What Increases a Person’s Risk of Obesity?

Here are some risk factors for obesity:

Stress, anxiety, and depression are risk factors for obesity. This is because these problems can sometimes cause a person to develop unhealthy coping mechanisms, such as binge-eating or overeating.

Eventually, this can cause the person to become obese, which can also further add to their stress.

Sometimes a hormonal imbalance can cause a person to gain more weight. Hormonal changes also contribute to obesity, as a number of mothers find it hard to lose the weight they have gained during pregnancy.

Having a sedentary or inactive lifestyle is another risk factor for obesity. If a person does not exercise or do any physical activity, then the calories they eat get stored in the body as fat, which can cause them to become obese.

Some people are more predisposed to being obese compared to other people. If a lot of people in your family are obese, then chances are you may also be at risk of being obese.

As people grow older, their metabolism starts to slow down. This means that it gets much harder for their bodies to burn calories.

This is why it is important for people to acquire a healthy lifestyle early on, because the older a person gets, the harder it is to lose weight and keep the weight off.

What Effects Does Obesity Have on the Body?

Obesity can greatly affect a person’s quality of life. Being obese can make it difficult for a person to do certain tasks, and hinders their ability to be physically active.

How Obesity Affects the Body

Here are some possible complications that can result from being obese or overweight:

Despite all of these things being possible complications of obesity, it does not mean that an obese person cannot lower their risk. If an obese person loses just 10% of their current weight, it can significantly lower the risk of these illnesses.

This is why it is important for obese persons to lose weight and get to their ideal weight as much as possible.

How Obesity Can Affect Musculoskeletal Health

Though you may have suffered from obesity your entire life, you can still take steps in order to lose weight and be healthier.

And for those who are overweight, or are on the heavier side of normal, there are also ways you can prevent being obese.

Treatment and Prevention of Obesity

Here are some common ways to treat obesity:

Another hurdle that people with obesity have is trying to keep the weight off. In order to help address this, here are some ways to prevent obesity:

The most important thing to remember when it comes to losing weight is to make it a lifestyle change. This helps ensure that you stick to your fitness goals, and you can successfully beat obesity.

Factors Associated with Overweight and Obesity among Adults 20.0 Years and Over: Results from the 2013 National Nutrition Survey, Philippines, http://philjournalsci.dost.gov.ph/publication/special-issues/genomics/83-vol-148-no-1-march-2019/903-factors-associated-with-overweight-and-obesity-among-adults-20-0-years-and-over-results-from-the-2013-national-nutrition-survey-philippines-2#:~:text=In%20the%20Philippines%2C%20the%20prevalence,showed%20a%20gradually%20increasing%20trend.&text=Findings%20revealed%20that%2030.0%25%20of,dietary%20data%20were%20overweight%2F%20obese., Accessed August 11 2020

Staying in Shape: The Benefits of Weight Loss and Exercise