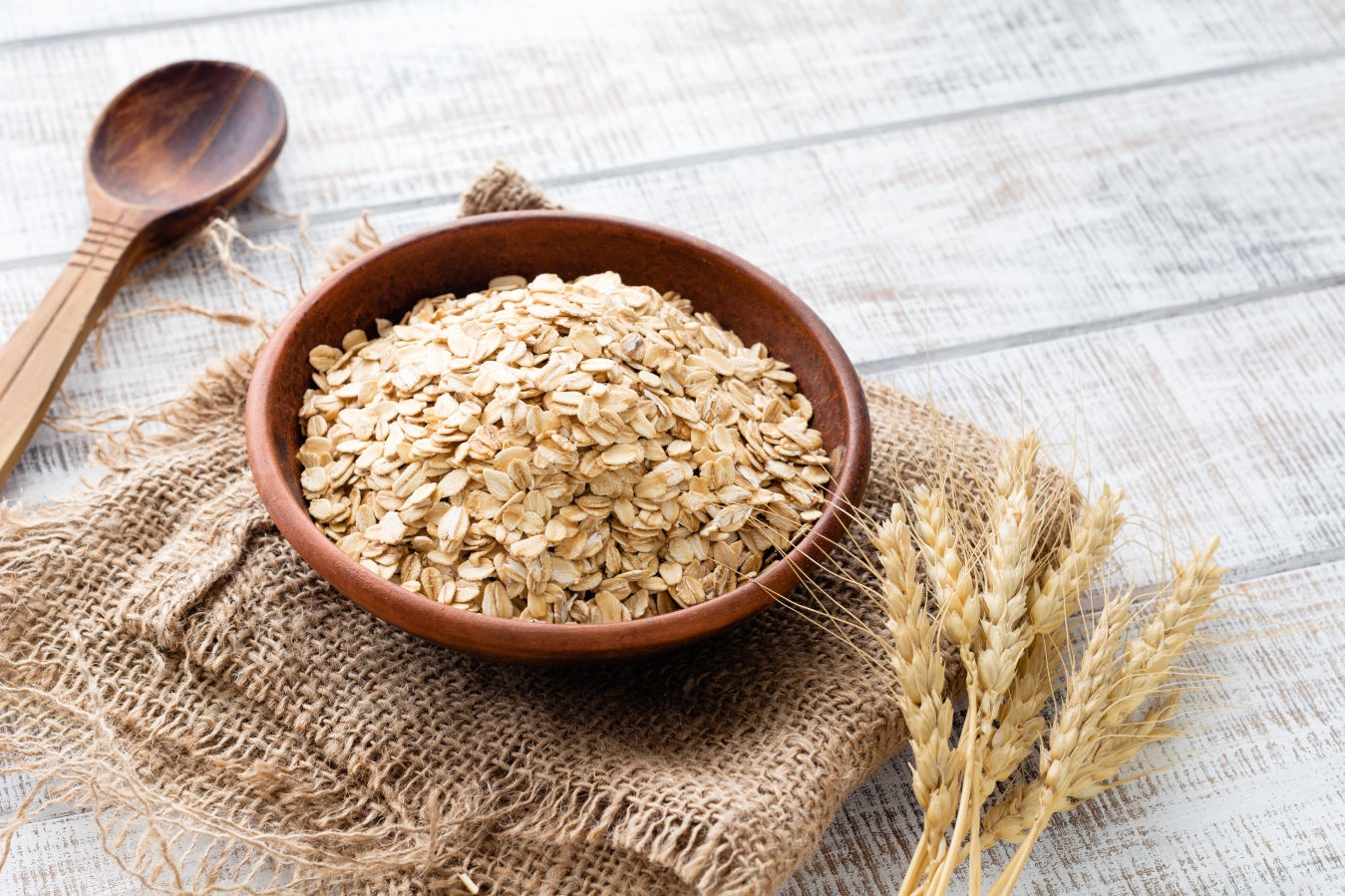 Looking to add more fiber in your diet? Want to lose weight? Lower your risk of heart disease? Or do you just want more healthy food in your meals and snacks? If you’re looking for nutritious food to help you lead a healthier life, you can’t go wrong with oats. Yes, there are many trendy diets that promise a myriad of health benefits. But unlike new diets, oats have long been proven to have significant benefits to many aspects of your health. Rediscover these oats benefits here. It all begins with fiber…

Oats, or Avena sativa, are a whole-grain food. Whole grains are, as the name suggests, eaten whole; all 3 parts — bran, germ and endosperm — are consumed. In contrast, refined grains such as white rice or white flour have the bran and germ removed, leaving only the carbohydrate-rich endosperm.

In whole grains, the bran and the germ are rich in nutrients like fiber. And oats are no exception. Aside from fiber (including soluble fiber), oats are a rich source of phosphorus, thiamine, magnesium and zinc. It also contains Beta-glucan, a soluble fiber with many important health benefits.

Where Can I Get Oats?

In the Philippines, we know oats primarily from instant oatmeal. But there are many other forms of oats, such as:

While the different varieties of oats have similar nutritional content, more whole forms of oats take longer to digest. And digestion time can have an effect on blood sugar levels.

Oats are commonly eaten as a breakfast food and boiled with water or milk. They are also added to many baked goods such as cookies or granola bars. Oats are a great source for soluble fiber, a kind of dietary fiber that dissolves in water. It contains Beta-glucan, a soluble fiber that is linked with improving heart health.

In addition, research has shown that Beta-glucan has a number of significant health benefits:

Because oats are a whole grain, they take longer to digest, while still having high nutritional content. These oats benefits contribute to better blood sugar control. In addition, Beta-glucan helps to delay absorption of glucose into the blood.

Oats are simply filling. This feeling of satiety, the sensation of being full, can help those who are trying to lose weight. Beta-glucan also releases the satiety hormone, YY (PYY), and when you feel full, you eat less, leading to reduced intake of calories.

Because of the high amount of fiber in oats, they are also beneficial for digestive health. Studies have found that oats reduce constipation in older adults. Beta-glucan, meanwhile, has been reported to increase the diversity of gut microbiota.

There’s more to grains than rice! Oats have long been known to be beneficial to health in many ways. You can enjoy oats benefits such as lower cholesterol, improved blood sugar control, and better digestion by eating oats every day.

Processing of oats and the impact of processing operations on nutrition and health benefits, https://www.cambridge.org/core/journals/british-journal-of-nutrition/article/processing-of-oats-and-the-impact-of-processing-operations-on-nutrition-and-health-benefits, Accessed September 22, 2021

Keto Diet: Is It The Solution To Diabetes?

Kidney Stone Diet: What You Should And Shouldn’t Eat