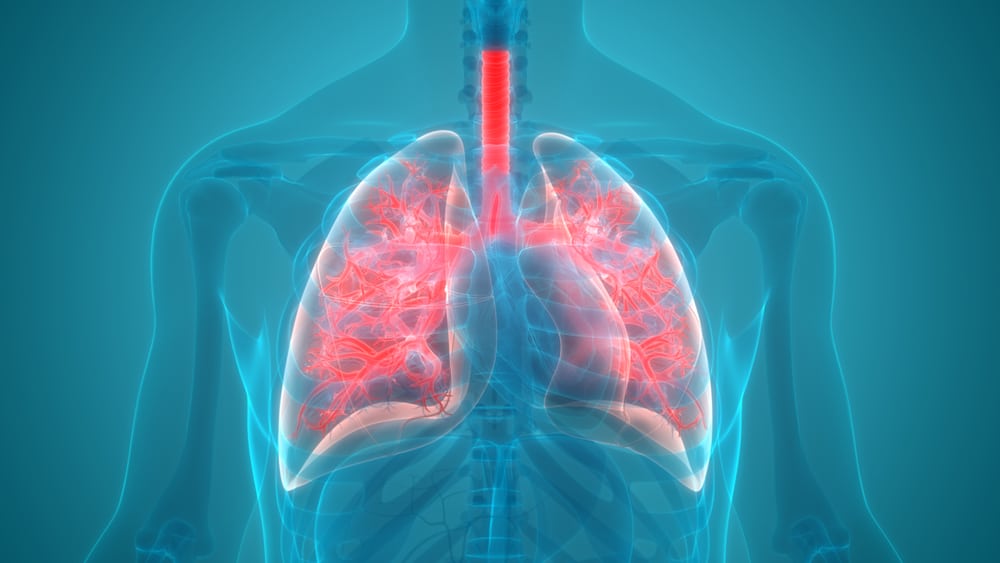 Diseases that affect the lungs can cause a significant decline in a person’s health. According to the World Health Organization (WHO), chronic obstructive pulmonary disease (COPD) is currently the fourth leading cause of death in the world. The two main contributors to COPD are the lung conditions emphysema and chronic bronchitis, which are conditions that some people may have difficulty differentiating. In this article, we discuss the differences between chronic bronchitis vs emphysema.

Chronic obstructive pulmonary disease (COPD) is a disease that cause the lungs to become inflamed. This lung condition has links to damage caused by long periods of smoking.

Many people don’t realize they have this condition until they experience symptoms, which appear when there is significant damage to the lungs. COPD comes primarily in 2 forms: chronic bronchitis and emphysema. Although these two diseases usually occur together as part of COPD, they differ in symptoms and the parts of the lungs that they affect.

Chronic bronchitis primarily affects the bronchial tubes. Sometimes referred to as bronchi, these tubes allow air to enter and exit the lungs. Due to the inflammation of the airways and excess mucus production during chronic bronchitis, the lungs have a hard time taking in oxygen and releasing carbon dioxide.

This type of COPD is most usually seen in smokers, but can also occur in people who have had long-time exposure to irritants. Common symptoms of chronic bronchitis include:

This type of COPD is caused by damage to the alveoli or air sacs of the lungs. The alveoli play a crucial role in respiration because they enable the lungs and the blood to exchange oxygen and carbon dioxide. Symptoms of emphysema can be subtle, but one main symptom of this lung disease is shortness of breath due to the damage to the alveoli.

Since both emphysema and chronic bronchitis are both classified under COPD, they may have similar symptoms. One major distinction between the symptoms of these two conditions is shortness of breath.

A person with emphysema might only exhibit one tell-tale symptom, which is a shortness of breath. Chronic bronchitis symptoms (like productive cough) are unlikely to be present in someone suffering from emphysema. Additionally, emphysema can be described as a chronic disease. This means that the appearance of symptoms are gradual and might progress without treatment. Chronic bronchitis symptoms are sporadic and may have periods of flare-ups and remission (period of inactivity).

Another major difference between the symptoms of emphysema and chronic bronchitis is the type of fatigue one can experience. Emphysema and bronchitis can both cause fatigue or tiredness. However, a person with emphysema might appear to be extremely fatigued to the point of not being able to do the tasks or jobs they normally used to do without difficulty.

People suffering from emphysema might also experience developing a blue tinge on their fingernails due to a lack of oxygen in the bloodstream. This is uncommon in patients with chronic bronchitis.

Both of these lung conditions share the same causes such as smoking or constant exposure to irritants (examples include secondhand smoke and fumes). However, they differ in the part of the lungs which they primarily affect. Emphysema primarily affects the alveoli, while chronic bronchitis mainly affects the bronchi.

In patients with emphysema, chronic damage to the air sacs can weaken the walls of the air sacs, causing them to collapse or rupture. This can lead to the lungs producing less oxygen than it did before, resulting in shortness of breath. The damage to the alveoli also significantly affects the quality of oxygen in the lungs.

Meanwhile, chronic bronchitis is characterized by the inflammation or irritation of the bronchi in the lungs. The bronchi act as the pathways through which air can go in and out of the body. When the bronchi become inflamed, they narrow and produce excess mucus. This is why chronic bronchitis comes with difficulty breathing, a tightness in the chest, and a cough with mucus (productive cough).

On the other hand, patients with emphysema can only manage their condition. Management of emphysema involves improving symptoms that may get in the way of a person’s day to day activities, such as shortness of breath and fatigue.

Emphysema and chronic bronchitis are two lung conditions associated with COPD. Despite sharing many similarities, both differ by their symptoms, causes, and modes of treatment. While chronic bronchitis is treatable, emphysema is a lifetime condition that requires management.