Effects of Multiple Pregnancies: How Does It Take a Toll? 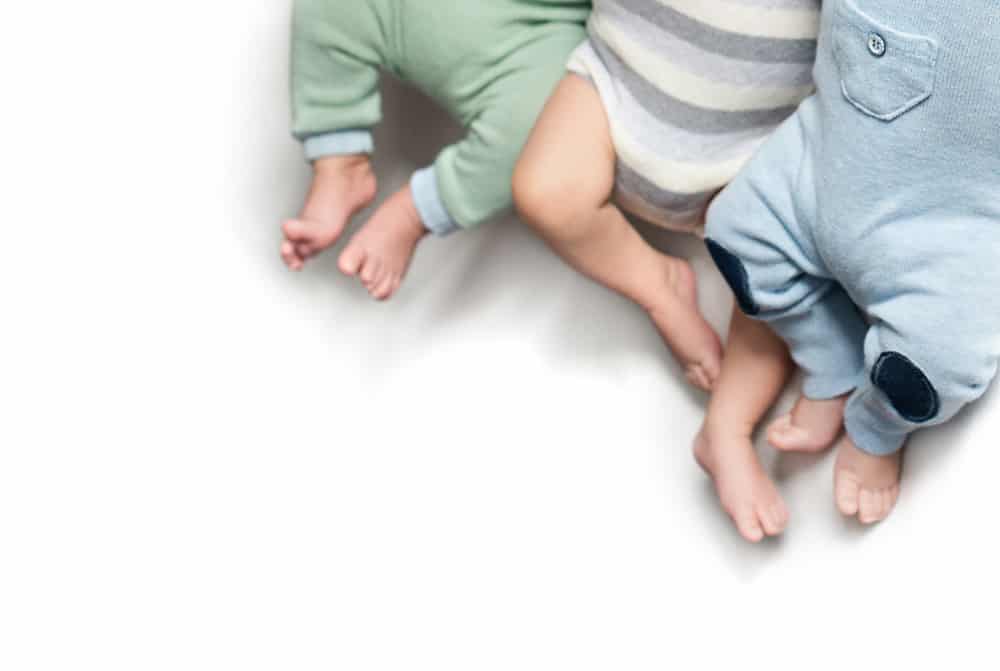 When we say multiple pregnancy, we often think about identical twins or triplets. But what is it exactly? What are the effects of multiple pregnancies on a mother? What makes a woman more likely to have one? Is it dangerous? What can you expect? Read on to find out.

What Is a Multiple Pregnancy?

A pregnancy is considered a multiple pregnancy when there is more than one baby growing in the womb. Twins, triplets, quadruplets, and so on all fall under this category.

The first is when the fertilized egg splits itself during early development, resulting in two or more identical but separate individuals. Doctors and scientists call this monozygotic since these babies all came from the same egg.

Because they come from the same egg, their DNA is completely identical. This means that they will look the same and they will all have the same gender. That’s why twins or more are called identical siblings.

The second way is when there are two or more eggs fertilized in the same pregnancy. Unlike their monozygotic counterparts, these babies come from completely separate eggs. They only share half of the same genes. This means that while they may look similar physically, they are not totally the same. This also means that these babies may have different genders. As opposed to identical siblings, we call these babies fraternal siblings. Nowadays, multiple births with fraternal siblings are more common because of a number of factors.

Here are some factors that increase the likelihood of multiple pregnancy.

Women who are older than 35 are more likely to release two or more eggs during a single menstrual cycle compared to younger women.

The use of fertility drugs usually leads to producing more than one egg making it more likely to have a multiple pregnancy.

Here are some effects of multiple pregnancies.

More Visits to the Doctor

Frequent check-ups are one of the effects of multiple pregnancies. More visits to the doctor are necessary because more care is needed when you are expecting more than one baby. Signs for early labor or other complications that arise from multiple pregnancy need to always be kept in check.

Women who are going through a multiple pregnancy should expect to gain more weight than other pregnant mothers. Gaining more weight is important to support the development needs of the babies. Since there is more than one baby to support, mothers will need to eat more.

One of the effects of multiple pregnancies is that your doctor might recommend an earlier delivery through a C-section to prevent any complications that might arise. As your body is under more stress than typical, greater care is needed to ensure the health of mother and her babies.

The most common risk associated with multiple pregnancy is premature birth. The more babies you are carrying, the more likely you are to experience premature birth. This might be problematic for the babies as this might lead to complications for their growth and development.

Having multiple pregnancy increases your likelihood for getting gestational diabetes, which affects the level of sugar in your blood.

Multiple pregnancy can increase your chances of getting high blood pressure disorders during pregnancy.

Despite preferences for a natural vaginal delivery, complications during delivery or pregnancy can lead to your doctor choosing a C-section delivery.

With identical twins, one might receive more blood than the other. This can cause heart complications for both that might require procedures and operations even during pregnancy.

This can happen when one or more of the babies is not growing at a proper rate.

The effects of multiple pregnancies involve significant risks and complications to the health of mother and child. For this reason, it is important that women who are pregnant with twins or multiples consult with their doctor regularly.

Geriatric Pregnancy Tips: Getting Pregnant in Your 40s