Deadliest Viruses In The World: Should You Be Worried? 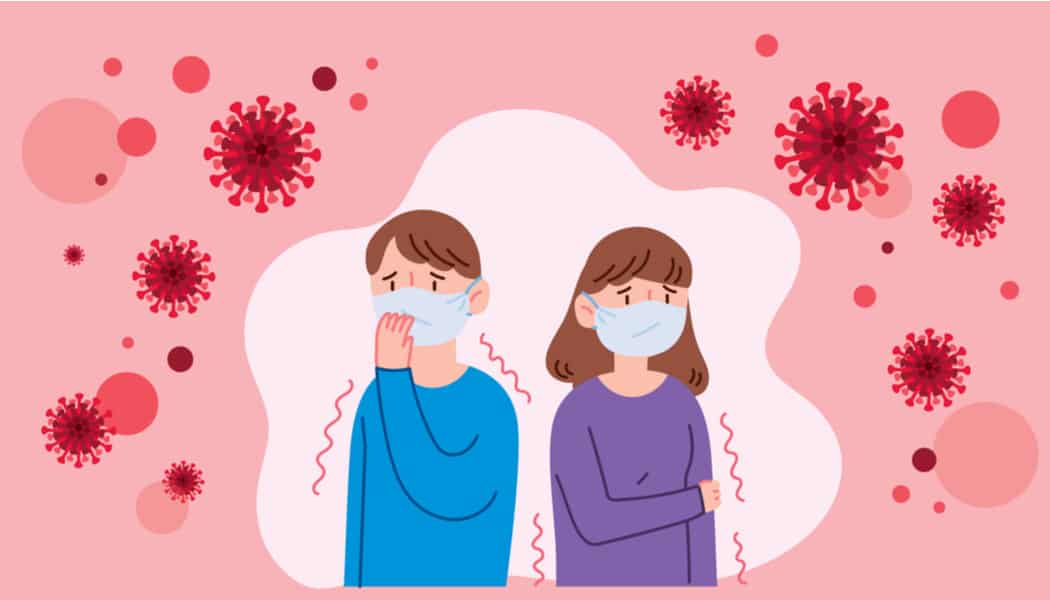 When people hear the word virus, the first thing they might think of would be the coronavirus. After all, the COVID-19 pandemic is still ongoing, and countries have yet to recover from its impact. But what about the other deadliest viruses in the world? What are these viruses, and should you be worried about them?

Deadliest Viruses in the World

Before we talk about the deadliest viruses in the world, it’s important to understand what a virus is in the first place. Viruses are a type of parasite that infect living cells.

Interestingly, most biologists don’t consider viruses to be “true organisms” or even “alive.” This is because viruses, in the simplest sense, are just bits of genetic material. They only reproduce when they infect an organism.

Regardless of whether a virus is truly alive or not, we do know that viruses can cause disease. In addition, they can also be highly infectious and deadly.

Here are some of the deadliest viruses in the world:

Measles is a highly contagious respiratory illness that usually manifests as a red rash, and can be spread through coughing and sneezing. Aside from the rash, symptoms of measles include fever, diarrhea, runny nose, and coughs. Babies and young children who haven’t been vaccinated are especially vulnerable, and measles can cause complications if not managed properly1.

Complications of measles include ear infection, pneumonia, encephalitis or inflammation of the brain, and blindness.

The best way to prevent infections and outbreaks would be to get vaccinated. The vaccine for measles is included in what’s known as the MMR vaccine. This vaccine protects against measles, mumps, and rubella.

Influenza, also known as the flu, is another highly contagious disease that affects millions of people worldwide2. Just like measles, influenza can spread through coughing and sneezing.

Influenza is one of the deadliest viruses in the world, killing anywhere from 290,000 to 650,000 persons each year.

The most common symptoms include coughs, colds, as well as a fever. For most people, influenza goes away on its own after some time.

But for persons with weak immune systems such as babies, the elderly, those undergoing chemotherapy, and persons with HIV or AIDS, influenza can be deadly. Complications of flu can include ear infections, pneumonia, bronchitis, and even heart problems.

Just like measles, the best way to deal with influenza would be to get vaccinated.

Another one of the deadliest viruses in the world is dengue3. Dengue is different from other viral infections in that people get infected when they get bitten by an infected mosquito. This is why during the rainy season, dengue cases tend to go up, because the rain creates puddles of water wherein mosquitoes can lay their eggs.

The symptoms of dengue include fever, fatigue, muscle pains, headaches, as well as nausea and vomiting. More severe symptoms can include bleeding gums, persistent vomiting, and having blood in vomit.

It is estimated that 100-400 million people get infected with dengue each year. If the disease is not managed properly, then it can lead to serious complications and even death.

The best way to deal with dengue is to avoid getting bitten by mosquitoes, and by controlling the mosquito population through fumigation, cleaning, etc.

HIV, or the human immunodeficiency syndrome, is a virus that affects a person’s immune system. It is a contagious disease, but people get infected by having unprotected sex, or through blood transfusions involving infected blood4.

Since the start of the HIV pandemic, 36.3 million have died from AIDS, which is a complication of HIV.

If left untreated, persons with HIV can suffer from weak immune systems, and diseases such as the flu or even the common cold can quickly turn deadly. But these days, medication is available that can help persons with HIV better manage their disease.

In recent years, HIV and AIDS mortality has decreased, and it is no longer as deadly as it used to be. However, HIV still remains a serious disease, so it is important for people to take the necessary measures to avoid infection.

Rabies is a viral disease that spreads when a person gets in contact with the saliva of an infected animal. This usually happens as a result of animal bites, but scratches can also spread the disease if the infected animal licks their claws.

The most common animal that spreads rabies is the dog, though cats can also spread the disease, albeit it’s far less common for cats to spread it.

Rabies is probably one of the deadliest viruses, since it has essentially a 100% mortality rate. This might seem very scary, and it is, but rabies can be prevented through vaccines.

Dog owners should vaccinate their pets against rabies as soon as possible. Persons who got bitten by a potentially rabid animal should also get vaccinated within 24 hours.

Is There Really No Cure For Rabies?