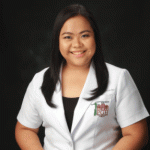 A personality is the unique way a person thinks, feels, and behaves. An individual’s personality may be influenced by genes and the environment they grew up in. This means that some facets of a person’s personality are natural, while others stem from experiences; however, personality disorders usually begin around adolescence while the diagnosis is made when the person is older.

For an official diagnosis, consult a medical professional.

Types of Personality Disorders and Their Symptoms

The following are common types of personality disorders:

A person with paranoid personality disorder will be extremely suspicious of the people around them. As a result, they will find it hard to trust others because they automatically assume that everyone has a plan to berate or threaten them.

A person with antisocial personality disorder may struggle to abide or confide with social rules or established laws. Due to this, people with this disorder can exhibit impulsive behavior with little regard for consequences.

Individuals with narcissistic personality disorder are usually overly concerned with the perception of their own self. Because of their this, they fixate on fantasies about success and wealth and are very sensitive to failure and criticism.

A person with obsessive-compulsive personality disorder (OCD) looks for orderliness and organization in all aspects of their life. As a result, people with this disorder will be perfectionists and may have to perform repetitive rituals and actions to soothe an anxiety.

Doctors will usually diagnose personality disorders by observing a person’s relationships at work, home, or school. Physical tests will also be used to rule out any other underlying illnesses that may be causing the behavior.

Personality disorders are mental disorders that primarily affect the way a person thinks, behaves, and deals with others. If you suspect that someone you know is suffering from a personality disorder, reach out and encourage them to seek the advice of a medical professional.

What is Psychotherapy?, https://www.psychiatry.org/patients-families/psychotherapy, Accessed December 15, 2020.

What Anxiety Means and What You Can Do About It