What Anxiety Means and What You Can Do About It

Written by Jan Alwyn Batara on Oct 22, 2020
Medically reviewed by Jessica Espanto
What Is Anxiety?|What are the Symptoms of Anxiety?|Causes and Risk Factors|Treatment and Prevention 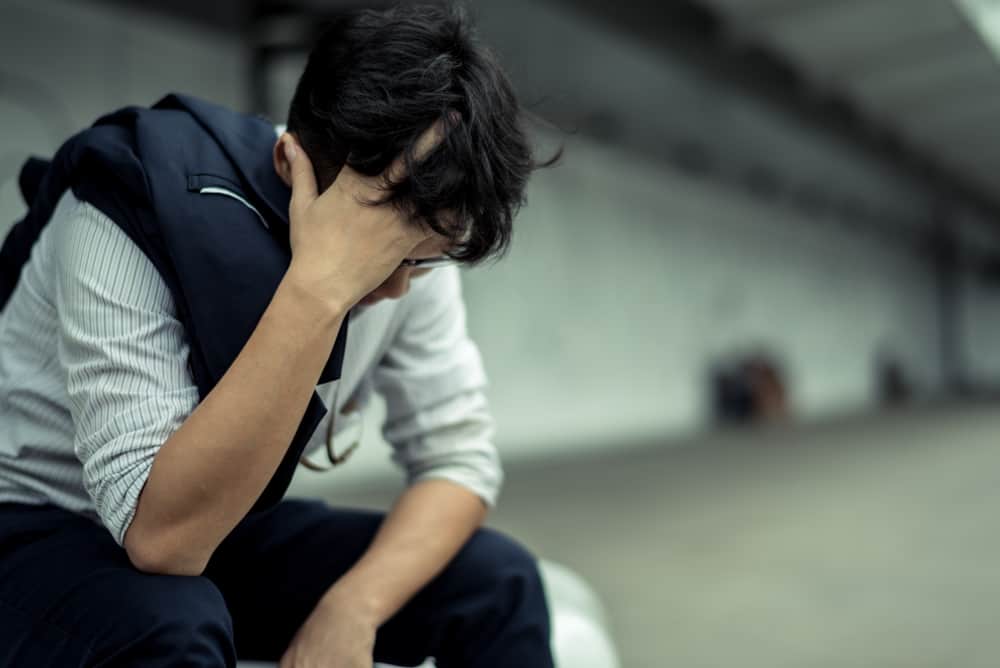 Anxiety is a condition that affects millions of people worldwide. Knowing what it means, what causes it, and what to do about it can help people better deal with anxiety disorders.

Anxiety is a normal part of life. Almost everyone, at one point or another, has experienced anxiety. It’s commonly described as a feeling of unease, fear, or uncertainty.

People can feel anxious whenever they are going to a job interview, waiting for test results, or even while speaking in public.

However, if a person’s anxiety starts to become more persistent, doesn’t go away easily, and starts to affect their daily life, then it is considered to be a form of anxiety disorder.

A person with this disorder might find it difficult to do certain everyday things.

For example, a person with social anxiety disorder might not find it easy to talk to new persons or to make new friends.

Other people might feel anxious about driving, or even going to a place where there are a lot of people around. Some people might have an anxiety attack if they see something that might trigger a traumatic memory.

This disorder can manifest in different forms, and it affects each person differently. It’s also not easy to deal with, and most people can’t simply ignore their feelings or simply wait for it to go away. This is why seeking professional help is very important.

What Are the Different Types of Anxiety?

Some other more uncommon causes of anxiety include math, and even castration anxiety or a fear that a man has that he will lose his genitals, or it would get injured or damaged.

Here is a quick breakdown of the more common types:

Social anxiety disorder is a condition wherein a person is afraid of being embarrassed, criticized, or even humiliated in public.

This manifests as difficulty talking to people, and even little things such as asking for directions, or talking to co-workers can be difficult.

Generalized anxiety disorder, as the name suggests, refers to a feeling of general unease or fear. It’s not limited to a specific type of fear, and it usually lasts for at least 6 months or more.

Panic disorder is when a person has uncontrollable panic attacks, which can be triggered by certain situations.

More serious panic attacks can sometimes make a person feel like they’re having a heart attack or that they might die soon.

Phobias are also a form of anxiety. Being afraid of flying, or going out to sea are some of the more common phobias that people have.

People with phobias can suffer a panic attack if they’re suddenly confronted with the thing that they fear most, and their feelings of anxiety can last for quite a while.

What are the Symptoms of Anxiety?

For the most part, anxiety usually manifests as a general feeling of unease or fear. However, it can also manifest in different ways.

Here are some symptoms that you should know:

Over time, these symptoms can get worse and make it difficult for a person to build or maintain relationships and perform well at home, work, or school.

Anxiety attacks can even make a person unable to take care of themselves, and can sometimes lead to depression.

This is the reason why anxiety and depression are closely linked.

If it starts to interfere with a person’s daily life or even affects their relationships, then it would be best to seek help as soon as possible.

In order to understand anxiety better, we need to not just know its symptoms, but also what causes it in the first place.

Anxiety disroder is a complicated disorder, and our knowledge about what can cause it is limited. However, we do know that it can be caused by traumatic events.

For example, a child who almost drowned in a pool might feel anxious about swimming, or even getting close to swimming pools or the sea.

A person who was bullied at a young age might have from social anxiety disorder because they are afraid of being embarrassed or shamed in front of other people.

Too much stress can also trigger this condition. This is especially true if a person is overworked, and does not have a lot of time to take care of themselves and their mental health.

Another possible reason for it is that a person might have a serious illness. Being diagnosed with cancer, or even an incurable illness might cause a person to feel afraid of death, and can make them anxious about a lot of things.

It can also be hereditary. A family history of this condition is another possible cause.

What Are the Risk Factors for Anxiety?

Now that we know the causes, here are some of the possible risk factors for anxiety disorder:

Treatment can be done in various ways. Here are some of the more common forms of treatment that are readily available:

For some mild cases, counseling might be helpful. This helps the person figure out ways to deal with their condition and help mitigate the effects of it on their daily life.

Another counseling technique is to “concretize anxiety.” In this strategy, the therapist guides the person into identifying and describe small, medium, and big anxieties.

Mindfulness-based interventions focus on addressing anxiety through techniques like body awareness and focusing on breathing. Exposure therapy involves desensitizing or making the person less sensitive to what makes them anxious.

Psychotherapy can also be a way of treating anxiety. In particular, cognitive behavioral therapy or CBT has been found to be effective in treating these types of disorders.

CBT involves identifying the triggers and then determining one’s thoughts, feelings, and behavior after the triggering events.

Doctors can sometimes prescribe certain antidepressants to help people deal with this condition. This can be especially useful for more severe cases, or cases wherein a person suffers from both anxiety and depression.

Simple things such as eating healthy foods, engaging in daily exercise, meditation, getting enough rest, and taking some time off work can also be very helpful when it comes to dealing with this condition.

How can it be prevented?

Anxiety itself cannot be prevented. However there are ways to minimize your risk, or minimize the impact that it can have on your life.

You can do this by doing the following:

How Does Anxiety Affect the Body?