Everything You Need to Know About E-Cigarettes 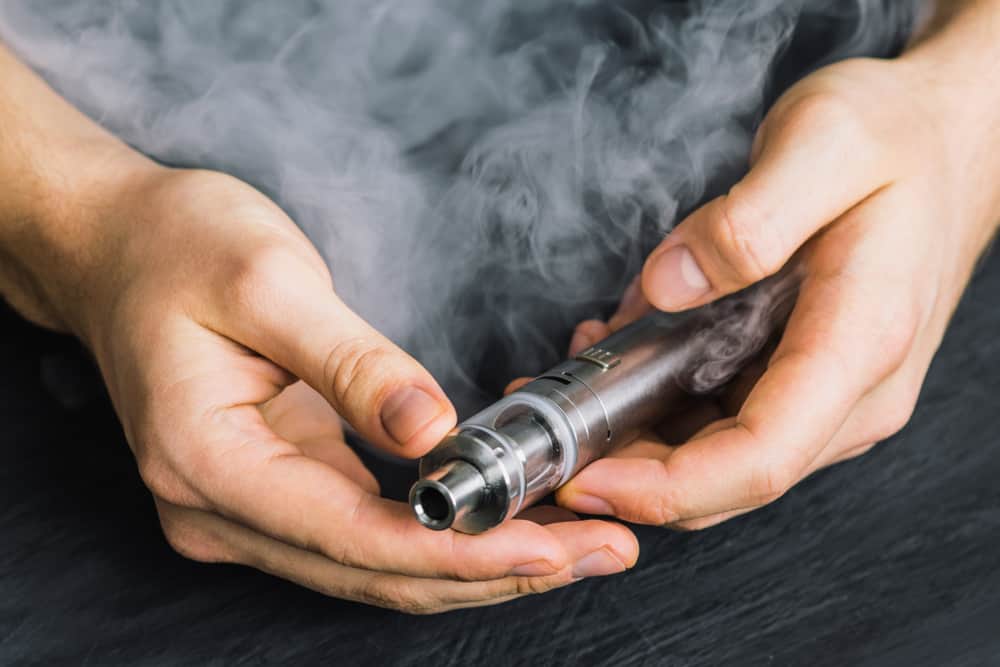 Since the introduction of e-cigarettes, people have gotten the notion that vaping is the “healthier” option to real tobacco cigarettes, which damages the lungs. However, is this true? Here are the vaping facts you should know.

According to the Harvard Medical School, vaping has become popular, especially among young people. In a 2018 study, 37% of high school senior students are already reportedly vaping. It was higher than the recorded 28% from the year before.

Many of these young people believe that vaping and using e-cigarettes is safer and a better alternative than smoking real cigarettes.

What are Vaping and E-Cigerettes?

Vaping is the use of a vape or a vaporizer, which is a device that heats and aerolizes a liquid solution or what they call “juice” (the nicotine content) that contains flavoring. The vaporized liquid is then inhaled, much like when smoking.

Vaping stores sell different types of vapes and vape juice in a variety of flavors and scents. Meanwhile, an electronic cigarette or an e-cigarette is a type of vape that uses a nicotine-based solution.

The Difference Between Cigarettes and E-Cigarettes

Perhaps the biggest and most distinct difference between cigarettes and e-cigarettes is that the latter does not contain any tobacco.

When it comes to e-cigarette vs cigarette, the latter does tend to be more dangerous than the electronic type. That is because of the presence of tobacco, which is the main ingredient of a cigarette and can damage several organs of the body, most especially the lungs.

However, the National Center for Health Research said that tobacco is not the only reason why cigarettes are harmful.

According to the organization, traditional cigarettes have a long list of harmful chemicals that cause cancer and several other health problems. But unbeknownst to others, some of these chemicals also exist in an electronic cigarette, which make them all dangerous to anyone’s health.

Could Vaping Affect the Lungs?

Although many believe that vaping is much safer than cigarettes, it could still negatively affect the lungs. the effects are associated with nicotine exposure and the vapor components produced by the device.

But, what does vaping do to your lungs exactly?

The Centers for Disease Control and Prevention has listed several cases of lung problems due to vaping, which included two deaths in the US until 2019. In 22 states in the country alone during that year, there were over 200 cases of e-cigarette users that had developed severe lung problems.

Nevertheless, experts are not entirely sure whether vaping is the culprit. However, many of them believe that a contaminant is a cause. Those people might have had an allergic reaction, chemical irritation, or immune reactions to the chemicals from the vapors they inhale. Experts in the field, including the CDC and the Food and Drug Administration (FDA), are still studying vaping and its effect on the lungs and other parts of the body.

But, the vaping dangers do not stop there.

In other studies, a chemical known as diacetyl, which exists in aerosols that give them the butter-like flavors, is the culprit behind damages in the small airways of the lungs. The air sacs thicken and cause inflammation. In the medical community, this condition is often regarded as “popcorn lung.”

Additionally, health experts believe that other substances like propylene glycol and vitamin E acetate could potentially irritate the lungs and cause discomfort and health problems to the smoker.

The Health Benefits of Quitting Smoking

Signs of a Lung Problem

Lung problems caused by vaping often develop slowly. However, do get an appointment with your doctor or get immediate medical assistance if you feel the following:

Besides the dangers of chemicals and substances in a vape aerosol, the device itself could also be dangerous, especially when it is fake. This means the device itself has not gone through proper tests and might not even be made from proper materials.

There are already instances of fake vaping devices that have exploded while being used, causing injuries to the user.

With this mind, it is essential that every vape paraphernalia you buy is bought from a legitimate store. You might also want to avoid buying second-hand vaping tools as they might be defective.

Vaping Facts You Should Know

When it comes to vaping vs smoking, the latter does tend to be more dangerous than the former. However, it does not mean vaping is safe; it is just less harmful, which means it could still pose a threat to your life if you become addicted to vaping.

Here are other vaping facts you should know before you decide to try it.

According to John Hopkins Medicine, there is proof that vaping could negatively affect organs in the body, including the lungs and the heart. Experts see nicotine as the main cause of high blood pressure and adrenaline spikes in vape users.

In addition, because it still uses a nicotine-based solution, e-cigarettes are still addicting. Nicotine is a highly addictive substance, so it will not help if you turned to vaping to stop your cigarette addiction.

Nevertheless, they are still marketed as an aid to help people stop smoking.

Vaping is now more popular among young men and women as an alternative to smoking traditional tobacco cigarettes. Although it is marketed as an aid to help curb nicotine addiction or as a “safer” alternative to tobacco, vaping can still cause damages to the body, especially the heart and the lungs. Consult your doctor for more vaping facts and how this can affect your health.

What Happens to Your Lungs When You Vape, https://www.hackensackmeridianhealth.org/HealthU/2019/09/19/what-happens-to-your-lungs-when-you-vape/, Accessed Aug  25, 2020

5 Truths You Need to Know About Vaping, https://www.hopkinsmedicine.org/health/wellness-and-prevention/5-truths-you-need-to-know-about-vaping, Accessed Aug  25, 2020