Risk of E-Cigarettes and Vaping: Is Vaping Better Than Smoking? 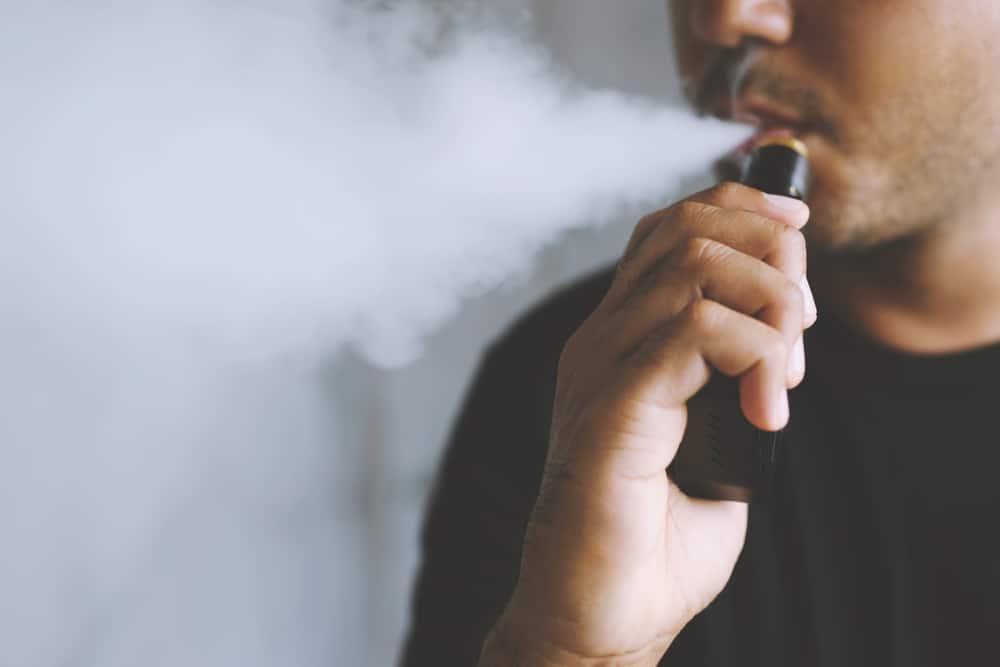 First created in 2003 as a safer alternative to smoking, e-cigarettes have gained popularity, especially among the youth. Users claim that it has helped them quit smoking and that it is a safe and healthy alternative. Despite these claims, the risk of e-cigarettes and vaping have not yet been studied thoroughly, particularly the long-term effects it may have on one’s health.

Before we talk about the risk of e-cigarettes and vaping, let us first find out how an e-cigarette works, and why people say it is much safer than smoking.

E-cigarettes are battery-operated devices that people use to inhale the vapor. These devices use heated coils to vaporize the liquid that contains flavorings and usually contains nicotine as well. This is also why some e-cigarettes are called vapes, which is short for vaporizers.

E-cigarettes come in different forms, some look similar to cigarettes, others look like a USB flash drive, and more complex ones have refillable tanks and replaceable parts.

Despite these differences in shape and size, all e-cigarettes use the same principle of heating up a liquid to create the “smoke” or vapor that users can inhale or “vape.”

The proponents of e-cigarettes argue that vaping is much safer than smoking since the liquid does not contain any harmful substances. Cigarettes contain a host of chemicals and carcinogens such as tar, formaldehyde, lead, arsenic, and ammonia, just to name a few. The liquid used for e-cigarettes, on the other hand, usually just contain flavorings, nicotine, and glycerin.

Users also say that secondhand smoke from vaping is harmless and does not pose a threat to people around them. In contrast, secondhand cigarette smoke has been found to cause cancer and a host of other diseases even to non-smokers.

Another aspect that users promote is that there is no long-lasting smell associated with vaping. The vape “smoke” itself can have a scent depending on the flavor, but it dissipates quickly and does not stick to clothes, hair, and skin. In contrast, cigarette smoke can leave a residue on clothes, skin, curtains, and even the walls of a home.

These factors have made e-cigarettes an appealing alternative to smokers who are trying to quit, as well as with young people.

What Is the Risk of E-Cigarettes and Vaping?

First is the fact that nicotine is a highly addictive substance. Most e-cigarettes contain nicotine, and nicotine can cause the following health problems:

Another risk associated with vaping is with the heating coils that they use. Researchers found that these coils can deposit nickel, tin, and lead in the vapor that e-cigarettes produce. When inhaled, these can cause health problems over time.

The liquid that e-cigarettes use can also be harmful to users. Aside from the nicotine it contains, some use a flavoring called diacetyl, which has been linked to lung disease. It can also be difficult to gauge the quality and safety of these liquids as some people just mix them at home and sell them without any safety regulations.

Researchers also found that certain e-cigarettes contain an endotoxin that can cause asthma, reduced lung function, and inflammation.

Lastly, e-cigarettes can aggravate the symptoms of people with asthma and similar lung problems.

How Common Is Vaping in the Philippines?

Locally, vaping is slowly gaining popularity as an alternative to smoking. In fact, even non-smokers would prefer people to vape instead of smoke because of the numerous health risks associated with smoking and secondhand smoke.

While we cannot say for certain how this would affect people who use e-cigarettes, this could possibly cause some people to quit vaping.

Cutting the nicotine habit is best for all individuals, as it is a highly addictive substance that can have adverse effects on one’s health.

If You Trying to Quit, Should You Use e-Cigarettes?

Right now, we have limited information about vaping. Studies have shown conflicting results, and even doctors are split on whether or not vaping is safe.

As an alternative to smoking, using e-cigarettes may be safer. But until we can say for certain, it would be best to just avoid smoking in general.

Your lungs play a vital role in your body, and it is important to keep them as healthy as possible.

9 Lung Cancer Symptoms to Watch Out For