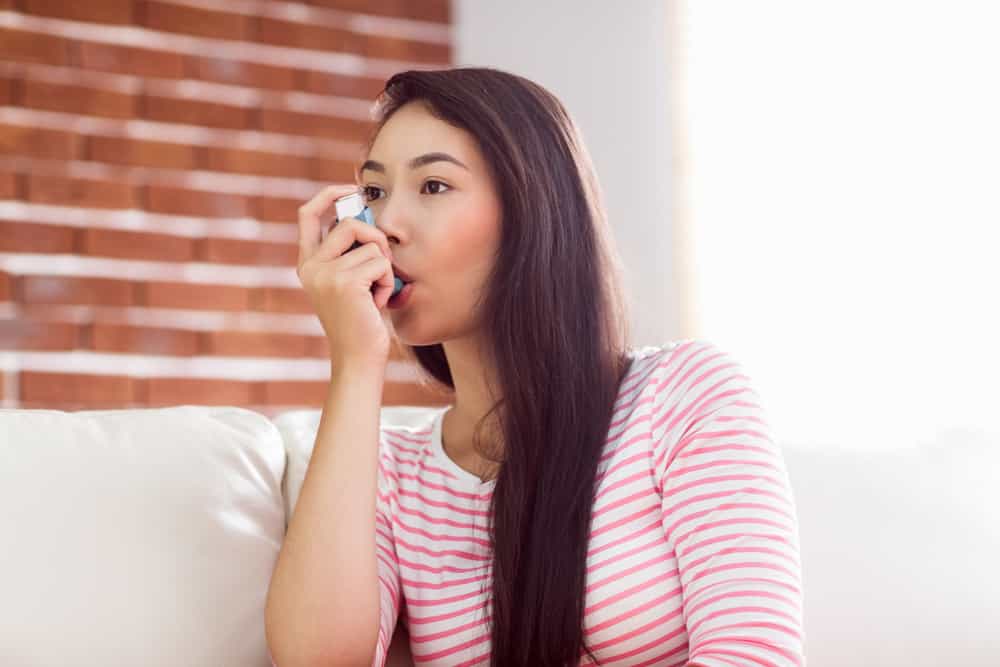 In the Philippines, asthma is one of the most common respiratory diseases. One of the most important facts about asthma is that those diagnosed with the condition often experience shortness of breath, coughing, and wheezing.

Asthma is a long-term condition that, unfortunately, has no cure. But it can be managed successfully with the use of medication and treatment.

When you breathe, air enters the nose, passes through the throat, and goes down into the lungs.

Asthma makes breathing difficult when triggers cause the airways of the lung to swell, constrict, and be filled with mucus.

Mucus is what the body produces in certain instances as a response to triggers. This is expelled as phlegm.

The phlegm blocks the airways of a person, further aggravating the asthma.

Asthma develops in people of all ages, though it commonly manifests in childhood. In 2016, it was reported that 6 million children in the Philippines were diagnosed with the chronic respiratory disease.

Facts About Asthma: Two Types Based on Onset

Signs and Symptoms of Asthma

The symptoms of asthma may range from mild to severe, and is usually managed with medication and inhalers.

Consult your doctor for the best treatment plan to address your symptoms. Here are some other facts about asthma you should know about.

Because of the phlegm produced by the swollen airways, a reflex of your system in order to get that phlegm out of your body is through coughing.

Bunch of phlegm is produced by your airways when you are diagnosed with asthma.

Because of that, the phlegm blocks the passageway of the air into and out of the lungs making it really difficult for you to breathe that causes shortness of breath.

Asthma’s inflammation of the airways into your lungs. Tons of mucus (phlegm) will cause blockage in all airways, making it difficult for the air to go in and out of the lungs which cause the tightness of the chest and chest pain.

Wheezing is defined as the whistling sound that comes from your chest. This sound happens when air passes through a very narrow space.

When someone is diagnosed with asthma, he or she experiences wheezing because the air he or she breathes in and out barely passes through the airways because of the blockage of phlegm.

When should I see a doctor?

If shortness of breath is persistent and does not respond to prescribed medication or if asthma is accompanied with other symptoms, then it’s best to consult your doctor.

One of the most important facts about asthma is that, when you are diagnosed with this long-term condition, expect asthma attacks that may leave you feeling breathless with severe coughing and/or shortness of breath.

Listed below are the factors that make a person have high possibilities of developing chronic disease, asthma.

The process of diagnosing whether you have asthma or not includes a physical exam that would be performed by your doctor. After that, there would be a series of tests that measure the capability of your lungs to get air in and out of your body.

Spirometry is a test to check how much air you can inhale as well as how much you can exhale. Peak flow meter is a portable device, usually used in acute settings, measures how effective the lungs can exhale.

Unfortunately, there’s no immediate aid to cure asthma, but there are ways to treat it as time passes by. Doctors would prescribe you to take long-term control medications for you not to experience asthma attacks often.

Also, make sure to carry inhalers with you every time – in case you have an asthma attack, an inhaler would help you breathe easier and give you relief.

There are many things you have to do in order to manage your asthma, but you have to be patient in order not to suffer too much from the disease.