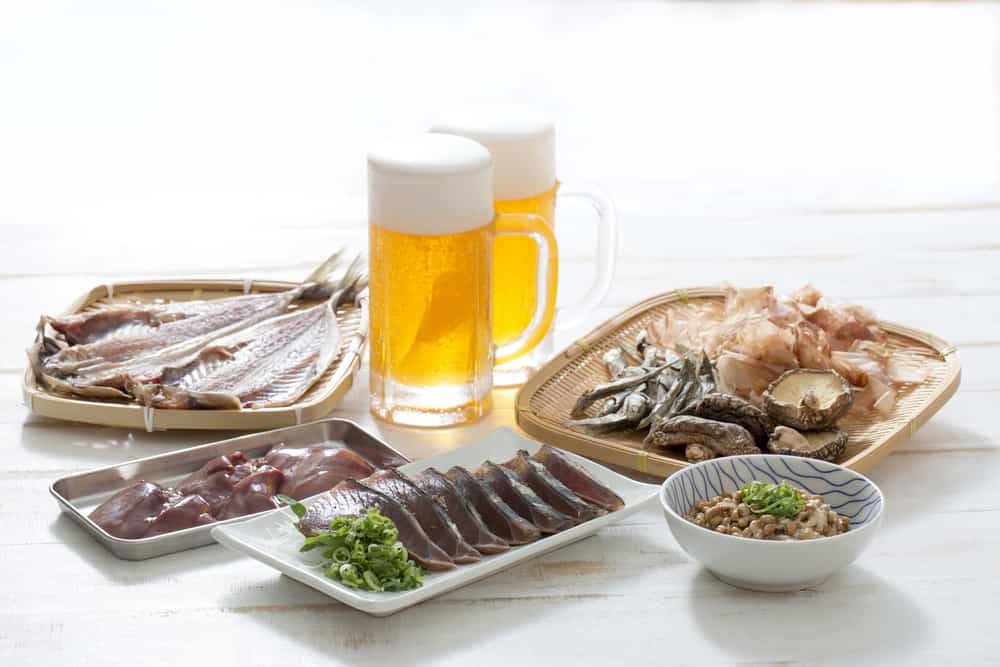 The worst food for gout typically have a high purine content. Some food on this list may come as a surprise to you. Continue reading to learn more about purines, uric acid, and which food high in uric acid you should avoid if you want to reduce your gout pain.

What are purines and why are they bad?

Many people are not familiar with the term purine. Without getting into the dirty details of biochemistry, purines are one of two groups of structures found in DNA and RNA. The two purines are called adenine and guanine. The second group is called pyrimidines; however, these have no effect on gout.

You may be wondering, “if purines are part of our DNA, then why are they bad?” While purines are necessary, they can cause trouble when they are metabolized. They major by-product of purine breakdown is uric acid, which circulates in the blood and can accumulate in the joints. As the crystals get larger, they can make movement difficult and painful.

The 4 Worst Food for Gout

Firstly, red meat is typically pinned as the worst food for gout because it is one type of food that is especially high in uric acid. But is it really that bad? Red meat includes beef, lamb, pork, deer, and goat. Compared to white meat (like chicken and fish) red meat generally has higher protein, iron, and saturated fat content.

The more protein the body consumes and breaks down, the higher the uric acid levels become. With that in mind, it is impossible and not advisable to completely remove protein from your diet. Protein is one of the essential macronutrients that our cells need for growth and repair.

Talk to a doctor or dietitian regarding your daily protein requirements. Pay attention to your portion sizes, not only to prevent uric acid build up but to also avoid weight gain. This is because obesity is another factor that can affect joint pain.

An alternative to meat that is low-fat and low-calorie is seafood. This includes fish and shellfish like shrimp, mussels, and crabs. While seafood is a good source of protein and iodine, they can still contribute to uric acid build ups and gout attacks.

Compared to fresh fish, dried or canned fish varieties such as sardines, mackerel, tuna, and anchovies are often linked to the worsening of gout symptoms. Shellfish is also notorious for increasing uric acid.

Shellfish like prawns and shrimp are considered to have the highest amount of purines. Despite being very low-calorie and small in size, just a few pieces can elevate your purine and uric acid levels. For reference, a 100-gram serving of medium shrimp is approximately 10 pieces. This 100-gram serving can produce more that 320 mg of uric acid.

Organ meat such as liver, heart, and tripe (tuwalya) are not typically the main ingredients of a dish, but they do impart unique characteristics and flavors. Organs or offal are generally more affordable than cuts of meat and are richer sources of iron, which may be favorable for some people. However, it does come at a cost.

Liver is probably the worst of the worst food for gout and is a prime example of food high in uric acid. In both humans and animals, the liver is responsible for metabolizing most of the purines. This is why eating liver can greatly increase your purine and uric acid levels.

Lastly, no meal is complete without some refreshing beverages. While downing an ice-cold beer or soda may seem harmless, they may trigger more joint pain in people with gout. While most of the food on this list are rich in protein, alcohol and sugar can aggravate existing gout pain, making them some of the worst food for gout.

Beer is usually pinned as one of the worst alcoholic beverages as it contains a lot of empty calories and contributes to the infamous “beer belly.” However, studies have shown that other types of alcoholic drinks, like wine and liquors, can also trigger gout flare-ups. Aside from containing purines, alcohol also reduces the excretion of uric acid from the kidneys. One drink per day may not worsen symptoms, but several servings or binge drinking are more likely to cause recurrent attacks.

On the other hand, soft drinks contain plenty of sugar which can also increase uric acid production. Types of sugar to look out for on nutrition labels are fructose, corn syrup, cane sugar, and the like. Sugary sodas are a bit easier to spot, but be wary of fresh fruit and juices as well. While still considered healthy, certain fruits like grapes and mangoes are especially rich in fructose.

Gout is definitely a big pain for anyone who has to live with it. Not only does it limit your movement, it also limits what you can and can’t eat. Aside from avoiding the worst food for gout on this list, you should continue to take your prescribed medications. If experience worsening of symptoms despite changing your diet and regularly taking your medicine, consult your doctor.

Alkaline Diet Foods List and Benefits for Your Health