What Causes My Nose to Bleed? 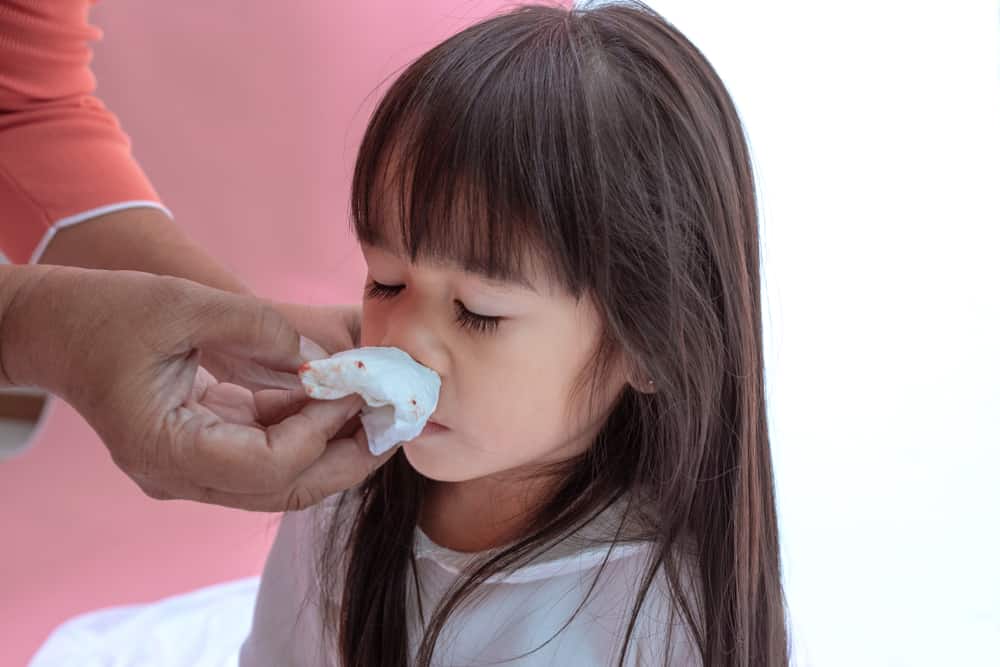 Nosebleeds happen to everyone, and it could be harmless or a symptom of something more alarming. If you are wondering, “What causes my nose to bleed?” and how to prevent it, here is everything you need to know.

Nose picking is one of the more common reasons for a nosebleed. This occurs, for example, when you accidentally scratch the inside of your nose with your fingernail.

The bleeding is often very minimal and may stop after a few minutes. Luckily, it is fairly easy to avoid this, use a tissue to gently clean your nose.

Dry air is another common culprit for nosebleeds. People who live in drier climates may experience somewhat frequent nosebleeds because it dries the nasal membranes out, making them more prone to infections and bleeding.

However, it can also be common in the winter months often because of heated indoor air. Since the air inside would dry out your nasal passages, it could also make your nasal blood vessels fragile, which may then rupture and bleed.

Another answer to “What causes my nose to bleed?” is an infection of the adenoids, sinuses, and nose lining. For instance, the common cold and acute and chronic sinusitis.

Allergies often make your nose irritated and itchy. It can also lead to a lot of sneezing. The symptoms of allergies (sneezing, itchiness, etc.) can irritate your nose, causing your nose to bleed.

If you experience chronic sneezing and congestion but it is not from allergies, it could be non-allergic rhinitis. Rhinitis has no apparent cause, but the symptoms are very similar to allergic rhinitis like hay fever.

Similar to the way allergies work, the symptoms of non-allergic rhinitis can irritate your nose.

The blood vessels in your nose are close to the skin, making them more likely to rupture and bleed. However, blood thinners are often rarely the cause of nosebleeds. Instead, it may be the reason why it worsens a nosebleed.

Blood thinners thin out the blood, which makes it harder for your blood to clot. This makes it more difficult to stop the bleeding.

However, your medicine does not have to say “blood thinner” for it to thin your blood. Aspirin is an example.

Keep in mind that there are other things that you consume that could thin your blood. For example, ginger, vitamin E, and ginseng.

If you are wondering if a “nose bleed is a symptom of what condition?” one prime cause would be a deviated septum.

A deviated septum is a condition wherein the thin wall, called the nasal septum that is between the nasal passages, is deviated or off-center. Some people who get extra exposure to airflow’s drying effect could lead to bleeding or crusting.

Certain chemicals can cause nosebleeds. For instance, bleach, ammonia, cigarette smoke, etc. These chemical irritants can dry out your nose and make your blood vessels fragile.

As stated earlier, blood thinners can worsen nosebleeds. Certain bleeding disorders such as hemorrhagic telangiectasia and hemophilia can make it hard for your blood to clot and lead to a heavy or prolonged nosebleed.

Certain medications and nasal sprays that usually treat stuffy, runny, or itchy noses could also be the reason why you have a nosebleed. For example, decongestants and antihistamines can make your nasal membranes dry, making them prone to bleeding.

Luckily, it often only occurs if you frequently use these medications and nasal sprays. Follow your doctor’s instructions when using these.

Headache Accompanied By Nosebleed: What Are The Causes?

Trauma/Injury to the Nose

Some less common causes of a nosebleed may include:

How to Prevent Nosebleeds

While there is not always a sure-fire way to prevent a nosebleed, you can try these tips:

When Should I See a Doctor?

Typically, you should visit a doctor if your nose does not stop bleeding after 20 minutes. Other alarming signs that require you to immediately have yourself checked is if you get a nosebleed after a head injury, you feel pain, or the nose feels broken/odd, etc.

What causes my nose to bleed? There may be many reasons, but nose bleeds are usually considered to be harmless. If your nose bleeds for more than 20 mins or if you’ve had an injury to the head, seek immediate medical attention. Always consult your doctor.

Is my nosebleed the result of winter air?, https://www.health.harvard.edu/diseases-and-conditions/is-my-nosebleed-the-result-of-winter-air, December 6, 2020

Before Using Aspirin to Lower Your Risk of a Heart Attack or Stroke, What You Should Know, https://www.fda.gov/drugs/safe-daily-use-aspirin/using-aspirin-lower-your-risk-heart-attack-or-stroke-what-you-should-know#:~:text=Now%20studies%20show%20that%20because,blood%20clot%20in%20the%20brain., December 7, 2020

Headache Accompanied by Nosebleed: What Are the Causes?

Types of Nose Injuries in Adults and Children