Living with Hemophilia: Risks and Effects 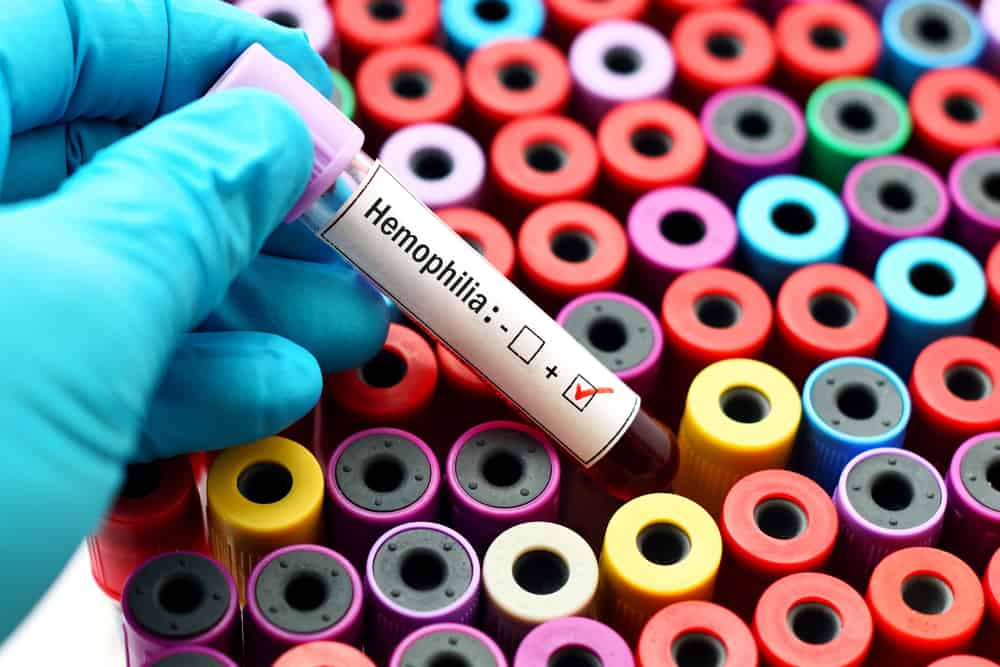 Hemophilia is an inherited bleeding disorder that causes profuse bleeding after an injury, surgery, or even spontaneously for no reason at all. This condition occurs because of a mutation that doesn’t allow the blood to clot properly. In rare cases, an individual may develop hemophilia later on in life, in the later stages of pregnancy and even after birth.

Hemophilia is a hereditary condition. It is caused by the mutation of one of the genes in the X chromosome. This gene is responsible for making proteins called clotting factors that are normally present in blood and are essential in the formation of blood clots.

This mutation then prevents the clotting protein from working properly. Other times, the clotting factors are not present at all. This causes complications when it comes to clot formation and profuse bleeding.

What You Need to Know About Blood Clotting Disorders

The Science Behind Hemophilia

Hemophilia is caused by a deficit of clotting factors in the blood. Factor VIII (8) or factor IX (9) could be factors that are either not present or at levels that are lower than normal. These factors enable the blood to coagulate and stop bleeding.

These absent factors and the size of the deficit determine the severity and type of hemophilia. A deficit in factor VIII causes Hemophilia A. This is known as classic hemophilia. Meanwhile, a deficit in factor IX causes Hemophilia B, also called Christmas disease. It is more likely for the case to involve bleeding and other serious health problems if these factors get lower.

How Hemophilia Is Inherited

As mentioned above, hemophilia is often inherited. It is not developed nor is it contracted like a viral infection. The genes that cause the condition are linked to the X chromosomes that determine sex.

Let’s examine the inheritance pattern if the mother, a carrier with one affected chromosome, were to have children with a healthy father:

Two of three cases of hemophilia come from patients who have a family history of this mutation. The remaining one-third of cases come from families that don’t have hemophilia in their history. This is because it’s possible that there have only been carrier females in their family.

It’s also possible for people to develop an antibody, known as an inhibitor, that stops or inhibits the clotting. This is a complex and very rare case that makes treatment very difficult and costly because a different kind of clotting factor is needed. These cases are also more prone to related conditions like joint diseases and other problems. In such cases, bleeding may adversely affect and reduce their quality of life.

What Are the Signs, Symptoms and Effects?

Since hemophilia is a condition that has to do with blood flow, most of the symptoms and effects have to do with bleeding. Frequent nose bleeds are one of the common symptoms of hemophilia.

Hemophilia could cause bleeding in different areas of the body like the joints. With this kind of bleeding, you may feel some kind of pain, swelling, or tightness around your knees, elbows, and ankles. This could also lead to chronic joint diseases.

The condition also causes bruising within the skin or muscle. Bleeding into the soft tissue, called developing hematoma, could also be brought about by hemophilia. Finding blood in the urine, in stool, or in the mouth and gums could also be a symptom. An individual may notice this when they lose a tooth and begin bleeding profusely.

Bleeding at birth after a difficult delivery, after surgery, or after shots like vaccinations are also a given when you have hemophilia. Serious cases involve bleeding in the head or vital organs that could cause long-term problems, paralysis, seizures, or even death if the bleeding can’t be stopped.

How Is It Diagnosed?

A doctor may suspect hemophilia in a child who bleeds without an apparent cause or bleeds more than expected after an injury.

A blood test can determine whether a person’s clotting is abnormally slow or within normal parameters. If it is slow to clot, further blood tests to measure the levels of factor VIII and IX can confirm the diagnosis. It can also determine the condition’s type and severity.

Hemophilia occurs in one in 5000 male births. And it is for this reason that doctors test male babies soon after birth if anyone in the family has hemophilia or is a known carrier. Hemophilia A is four times more likely to be the case rather than hemophilia B.

Signs like bleeding at birth could also be reason to be tested for hemophilia even if there aren’t any family members that are diagnosed with the condition. One in three diagnosed patients are new mutations that weren’t previously present in their family’s medical history.

What Is the Treatment?

Hemophilia treatment involves addressing the factor deficit so that the blood can clot as normal. This is done through the infusion of commercially-prepared concentrates. And these contain the factor involved in the deficit in the patient’s blood.

Eventually, healthcare practitioners can train patients to administer these infusions on their own. Thus, they will be able to stop emergency bleeding episodes or perform this as routine to prevent bleeding episodes.

Comprehensive hemophilia treatment centers are also available all around the world. These centers provide not just treatment but education as well on what it’s like living with this condition.

Hemophilia is a serious condition that could affect someone’s quality of life. Educating yourself and being mindful of the chances that this could affect you or someone you love is critical. At the same time, it’s important to understand the risks when living with this condition.

What is Hemophilia?, https://www.cdc.gov/ncbddd/hemophilia/facts.html, Accessed Aug. 12, 2020

Low Levels of Iron? You May Be at Risk of Iron Deficiency Anemia