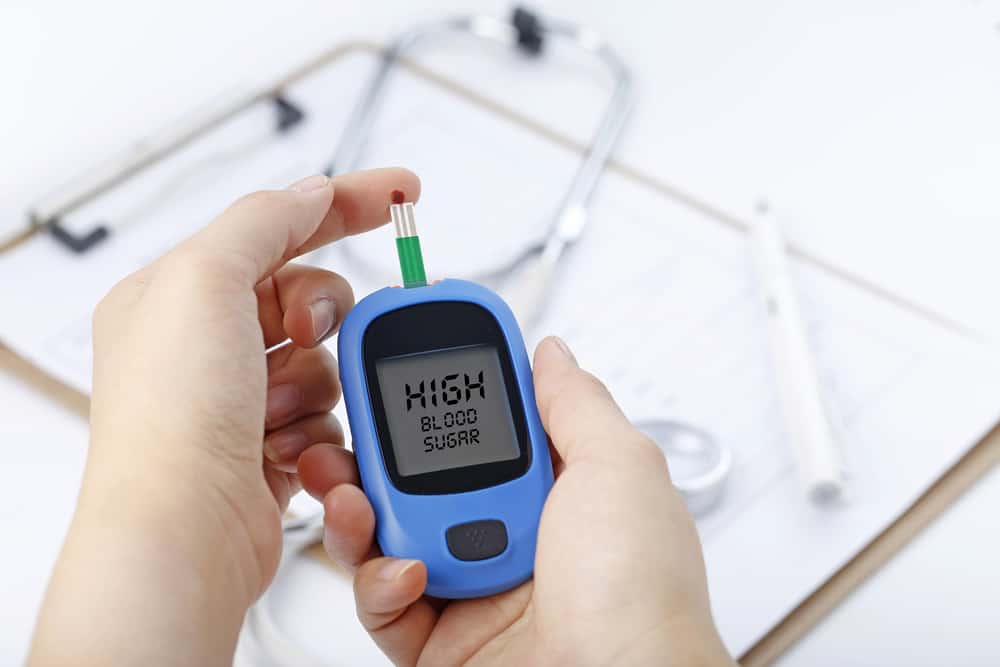 Blood sugar, also known as glucose, is the major sugar in blood. We get glucose from food and it becomes a source of energy and nutrients for the human body. The small intestine, liver, and pancreas are the organs responsible for regulating the absorption, storage and production of blood sugar.

After a person eats, carbohydrates and blood sugar enters the bloodstream. The pancreas, an organ of the endocrine system, controls the levels of glucose the bloodstream contains.

This organ secretes a hormone called insulin after proteins or carbohydrates have been ingested, to facilitate the entry of blood glucose into your body tissues.

It also delivers excess glucose to the liver in the form of glycogen. The pancreas also makes the hormone glucagon, which performs the opposite of insulin: raising glucose levels when necessary.

When the body needs more glucose in the blood, glucagon sends signals to the liver to convert glycogen back into glucose and release it to the bloodstream. The contrasting functions of both hormones keep blood sugar levels balanced.

When the body does not have enough sugar, the liver conserves the sugar supply for the body systems that need it, like the brain, red blood cells and kidneys. The liver then produces ketones for the rest of the body. Ketones break down fat into energy.

What Should My Blood Sugar Level Be?

High blood sugar levels are a common problem for those with type 1 and type 2 diabetes. Type 1 diabetes is when your pancreas cannot produce enough insulin.

For individuals living with diabetes, blood sugar levels should be as follows:

People with diabetes commonly have high blood sugar levels, especially if the disease is not managed well, and diabetes is the most common cause for this condition.

In 2014, the prevalence of type 2 diabetes was estimated to be around 3.2 million cases in the Philippines. Among adults aged 20 to 79, there is a 5.9% prevalence rate. Approximately 1.7 million people with the condition are undiagnosed.

The number of people with type 2 diabetes is rising in many countries, with 79% residing in low and middle income nations. About 20% (one in five) of adults above 65 years of age have diabetes, while 232 million people (one in two) are still undiagnosed. This condition resulted in 4.2 million deaths.

Over 1.1. million children and teenagers have type 1 diabetes. 374 million people are likely to get type 2 diabetes.

What Are the Symptoms of High Blood Sugar Levels?

There are some cases however, where individuals with type 2 diabetes do not show symptoms for a long period of time in spite of the higher levels of blood glucose.

The common symptoms of having high blood sugar levels are:

If high blood sugar is left untreated, ketones can build up in the blood or urine, causing ketoacidosis. The symptoms for this are:

When Should I See My Doctor?

Hyperglycemia has many causes, including diseases like diabetes, but not all the causes are related to illness. The following are some of the more common causes:

What Increases My Risk for High Blood Sugar Levels?

There are many risk factors contributing to high blood sugar levels:

Hormones that fight sickness or stress may cause your blood glucose level to increase. People who do not have diabetes can also get hyperglycemia if they are very sick. Diabetics may have to take extra medication to maintain blood sugar at a normal level if they are ill or under stress.

Hyperglycemia can be determined through a number of procedures.

A blood sample can be collected at any time and is also used in diagnosing type 1 diabetes.

This is taken after a minimum of eight hours of fasting, usually in the morning. A result of 100 – 125 mg/dL is considered as a risk of getting type 2 diabetes especially if it occurs with other risk factors.

A blood sample is first collected then you will need to consume a sweet drink having 75 grams of glucose. You should be at rest as your blood will be drawn after two hours.

Conditions of diabetes or pre-diabetes are indicated by these values:

How Is High Blood Sugar Treated?

For emergency cases of hyperglycemia, you should seek emergency medical help. To lower blood sugar to a normal level, the following procedures may be done:

Depending on the causes of your severe hyperglycemia, your doctor may recommend additional treatment.

If it is believed to be due to bacterial infection, he or she may prescribe antibiotics. If a heart attack is likely, your doctor may recommend a heart check-up.

Those with diabetes will need to manage their diet and lifestyle to keep blood sugar levels at an ideal level. This involves constant monitoring and regular physical activity.

Discuss with your doctor what your ideal weight should be before beginning any weight loss routine.

Make sure to get regular insulin checks along with blood sugar tests.

Routinely measure your blood sugar level with a blood glucose meter. Studies have shown that those with diabetes who maintain normal or near-normal blood sugar levels are less at risk for diabetes-related complications.

This will help you determine if your treatment plan is working. Check as often as recommended by your doctor. If you are experiencing any symptoms of high blood sugar levels, measure it.

If it reaches 240 mg/dL, check your urine for ketones with an over-the-counter urine ketones test kit. If it comes out positive, seek medical help to reduce blood sugar level safely.

If you have any questions, please consult with your doctor to better understand the best solution for you.

The Link Between Diabetes, Hypertension and Cardiovascular Disease