Type 1 Diabetes: All You Need To Know 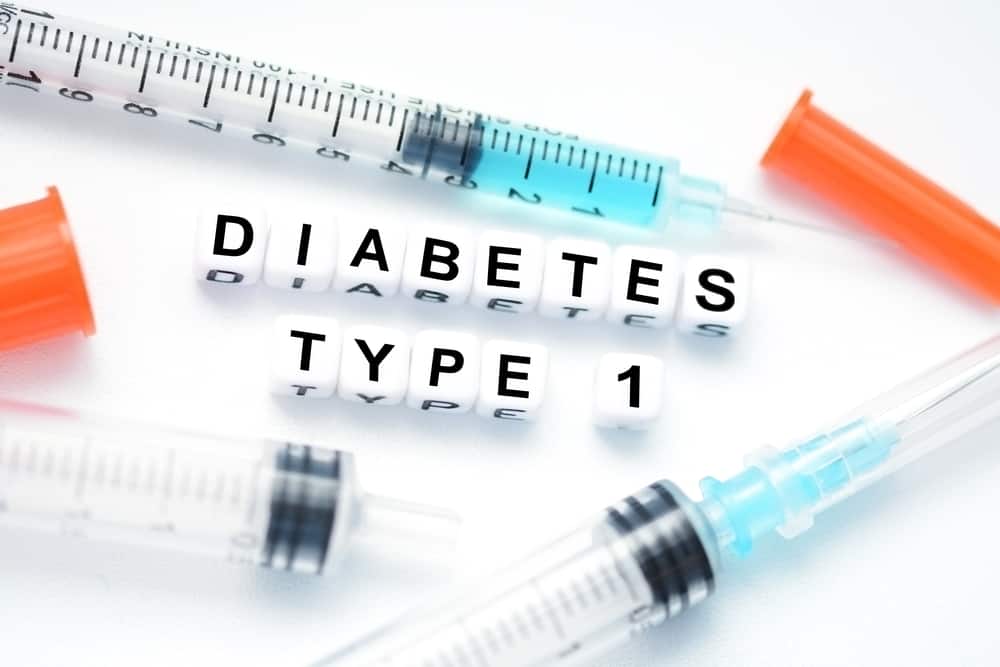 What is Type 1 Diabetes?

Before we answer this question, it’s important to define what diabetes is.

Diabetes is a metabolic disorder affecting the body’s ability to process blood sugar, or blood glucose. Glucose can be found in foods such as rice, bread, cereal, pasta, potatoes and some fruits and vegetables.

All carbohydrates are broken down into glucose in the bloodstream. They are able to enter the cells of the body with the help of a hormone called insulin and transformed into energy.

Diabetes is a chronic disease. It occurs because of high blood sugar levels or when the pancreas is unable to produce insulin or the body cannot properly use the insulin produced.

Sugar can build up in the blood if there is not enough insulin, or if the body stops responding to insulin.

Diabetes can then cause other complications such as stroke, heart attack, kidney failure, and lower limb amputation.

422 million people were diagnosed with diabetes in 2014. According to the World Health Organization (WHO), diabetes was the seventh leading cause of death in 2016.

In the Philippines, 7.2% of the population or 6.3 million Filipinos were reported to have diabetes based on a 2008 Philippine medical review.

What is Type 1 Diabetes?

Type 1 diabetes, more commonly known as juvenile diabetes or insulin-dependent diabetes, is one of the three main types of diabetes.

Type 1 diabetes is characterized by the inability of the pancreas to produce insulin, the hormone that allows the body to store sugar or glucose in the cells for energy.

Those with Type 1 Diabetes make little or no insulin.

If the blood sugar remains in the bloodstream, it can damage the body and lead to many complications.

High glucose levels in the blood, or hyperglycemia, can have negative health effects over a long period of time. This can also cause organ failure. Due to insulin deficiency, those who have type 1 diabetes must take insulin daily.

So is type 1 diabetes more serious than type 2? In type 2, the body produces insulin, but cannot use it.

Moreover, the physical attribute of people diagnosed with type 1 diabetes are thin or normal. Due to its idiopathic nature, additional tests may be necessary to confirm a diagnosis of type 1 diabetes. Is type 1 diabetes more serious than type 2? In comparison, those with type 2 diabetes tend to be obese, older, or live more sedentary lifestyles.

Should you experience any of the above symptoms constantly, it is best to consult a doctor in order to receive the proper diagnosis.

You will probably need to see your doctor at least 3 to 4 times a year. This is in order for you to manage diabetes symptoms and ensure proper blood sugar control.

During these visits, your blood sugar will be measured and treatment may be adjusted accordingly.

How common is Type 1 Diabetes?

While type 1 diabetes can develop at any stage, it is more common among children, teens, and young adults. However, type 1 diabetes accounts for only 5-10% of the total number of people diagnosed with diabetes.

Type 1 diabetes has no known causes. It is considered as idiopathic – a medical condition that may arise spontaneously due to unknown causes.

Genetics can increase the probability of contracting type 1 diabetes, or another cause may be due to the prevalence of the disease among family members. Other triggers, such as certain viruses in the environment, can also contribute to this type of diabetes. Diet and lifestyle habits do not cause type 1 diabetes.

What is the Connection between Type 1 Diabetes Causes and Risk Factors?

Studies show that type 1 diabetes is an autoimmune reaction wherein the body’s own cells attack themselves by mistake. In the process, they damage the beta cells in the pancreas that produce insulin.

This autoimmune reaction can also be triggered by viral infection such as mumps, a viral contagious disease that causes the swelling of salivary glands, or rubella cytomegalovirus, a viral infection that can occur during pregnancy.

While there are fewer cases of type 1 diabetes, there are some known risk factors. These include:

How is Type 1 Diabetes diagnosed?

Diagnosis for type 1 diabetes is important to determine the treatment.

After a blood test to measure blood sugar, your doctor will then determine if you have type 1 or type 2 diabetes based on your age, weight, and other factors.

The tests to determine type 1 diabetes include:

Other tests may also be conducted to determine the existence of autoantibodies or ketones, which are commonly found in type 1 diabetes.

How is Type 1 Diabetes treated?

There is no cure for type 1 diabetes. Those with type 1 Diabetes need to carefully plan their meals and activity levels. Eating can raise blood sugar, while staying active helps lower it.

The prescribed treatment is the administration of insulin daily, in order to maintain and control a person’s blood sugar level. Insulin may be delivered through syringe, insulin pen, or insulin pump. There are different types of insulin:

Aside from following a strict dietary plan and healthy lifestyle, it is also important to regularly monitor blood sugar levels to manage this condition effectively.

For people with type 1 diabetes, it is advisable to measure their blood glucose level at least four times a day. It is best to consult with an endocrinologist or a doctor who specializes in diabetes.

Once diagnosed, type 1 diabetes 1 can nevertheless be managed.

Some changes or remedies that can easily be done are the following:

Diabetes is linked with premature death from several diseases including cardiovascular disease, cancer, and other diseases. While there are no known causes for type 1 diabetes, there are symptoms that can cause detection and proper diagnosis. Once diagnosed, a form of insulin treatment is prescribed in order to properly manage this type of disease.

Type 1 Diabetes And Type 2 Diabetes: What Are The Differences?

Is Herbal Medicine Effective Against Diabetes?