Diabetes: Everything you need to know 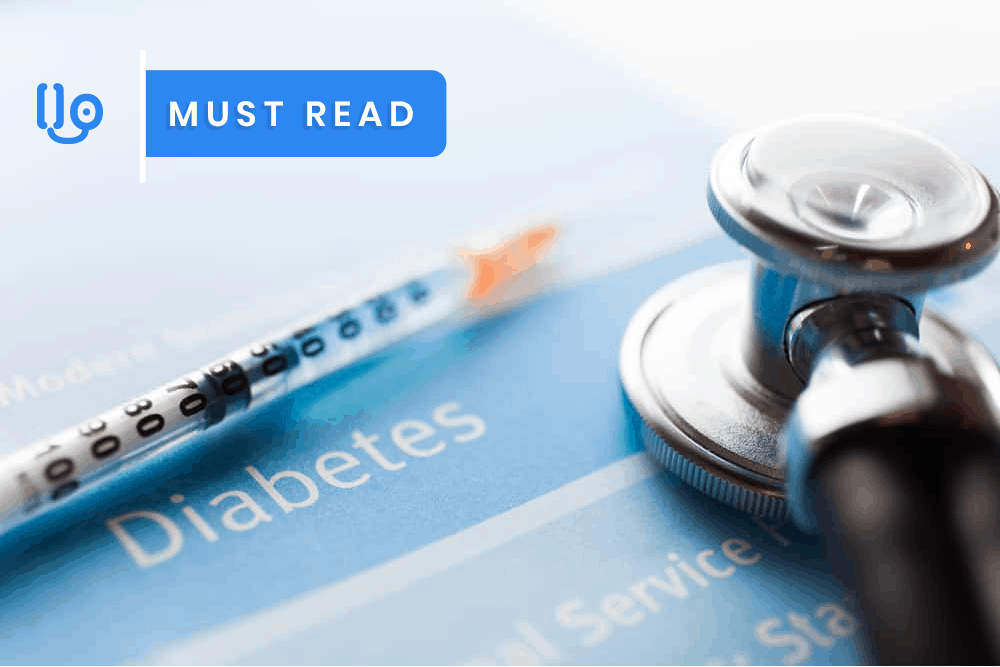 Diabetes mellitus, or diabetes, is one of the fastest growing diseases globally. According to the International Diabetes Federation (IDF), over 463 million adults had diabetes in 2019. In 25 years, this number could rise to over 700 million adults worldwide.

In the United States alone, the number of people diagnosed with diabetes has tripled from 1990 to 2010. And according to the WHO, the growth rate of this disease has been rapidly increasing in low and middle income countries.

Because of this, diabetes has been considered as a major health problem alongside other diseases such as stroke, cancer, and heart disease.

But what exactly is diabetes mellitus, and what steps can people take in order to lower their risk of acquiring this disease?

What is Diabetes Mellitus?

What is diabetes mellitus? Diabetes mellitus is a condition that affects how the body manages the amount of sugar in the blood. Whenever we eat, our bodies break down the carbohydrates into sugar, which our body can convert into energy.

As a result, the blood sugar in the body goes unregulated, and can lead to a number of health problems and complications, including death.

In 2019 alone, diabetes was responsible for the deaths of about 4.2 million people worldwide. In fact, diabetes ranks 7th in the top 10 causes of death. Additionally, diabetes is also a risk factor for heart disease and stroke, which rank 1st and 2nd respectively.

Diabetes in the Philippines

Based on a paper published in the Philippine Journal of Internal Medicine, there were over 6.37 million adults in the country who were diagnosed with some form of diabetes. This accounts for roughly 7.2% of the population at the time.

And now, with the Philippine population at over 100 million, there’s a high probability that the number of adults with diabetes has also increased.

This is why knowing what steps to take in order to prevent diabetes is very important, especially in a developing country such as the Philippines.

What is diabetes mellitus type 1?

Diabetes is classified into 2 main types: type 1 and type 2 diabetes.

Type 1 diabetes is when the body stops making insulin, which helps regulate the amount of sugar in the blood. It is believed to be caused by an autoimmune reaction that causes the body to stop producing insulin. However, the exact cause of this is still unknown.

It usually manifests at an early age, and is usually diagnosed when a person is a child, in their teens, or early on in adulthood. About 10% of people who have been diagnosed with diabetes have type 1 diabetes.

What is diabetes mellitus type 2?

If type 1 diabetes is caused by the body not producing insulin, then what is type 2 diabetes?

Type 2 diabetes is a condition wherein the body develops a resistance to insulin. Which means that while the body can produce insulin, it has a hard time using it efficiently to manage blood sugar levels.

People with type 2 diabetes sometimes also make too little insulin, but oftentimes, the problem is that their cells do not respond to insulin.

However, it’s also possible that children and teenagers can be diagnosed with type 2 diabetes.

Another type of diabetes is called gestational diabetes. It occurs during a woman’s pregnancy, and usually goes away after she gives birth. However, it puts the mother and the baby at risk for acquiring type 2 diabetes later on in life.

If left alone, diabetes can cause complications such as blindness, cardiovascular problems, nerve damage, and kidney disease. It will also be more difficult for people with diabetes to manage infections, and in some cases limb amputation might be necessary.

The risk of having type 2 diabetes can potentially be increased by a number of things such as the following:

These risk factors also explain why some people with diabetes also have other health problems such as hypertension or heart disease even before their diagnosis.

In the case of type 1 diabetes, the symptoms usually appear quickly, and without warning.

These symptoms can include the following:

If you experience any combination of these symptoms, it would be best to visit your doctor in order to get checked.

For type 2 diabetes, the symptoms are similar to those of type 1 diabetes, with the following additional symptoms:

In the case of type 2 diabetes, it is possible for people to have the condition or experience these symptoms for a while without even knowing that they have it.

The best way to confirm if you have diabetes or not would be to undergo blood sugar testing.

There are several ways of testing for diabetes, namely the following:

This is a test that checks the average amount of sugar in your blood for the past two to three months by measuring the percentage of sugar attached to the hemoglobin in your blood.

If two separate test results show an A1C level that’s 6.5% or higher, then that means you have diabetes. A result between 5.7% to 6.4% means that you are pre-diabetic or prone to having diabetes. A lower score means that the levels of sugar in the blood are normal.

Before taking this test, you will need to fast overnight. Afterwards, a sample will be taken to measure the level of sugar in your blood. If the result shows your blood sugar levels at around 126 mg/dL, then it means you have diabetes.

This is a test where blood samples will be taken at a random time and does not require fasting.

A result of 200 mg/dL or higher can possibly mean that you have diabetes.

Since the causes of type 1 diabetes are not exactly known, there isn’t a way to prevent it.

However, type 2 diabetes can be prevented by keeping yourself healthy.

Here are some important things to remember:

It is a good idea to start incorporating these healthy habits into your lifestyle since physical activity and eating right can also prevent other “lifestyle diseases” such as heart disease and hypertension.

If you have been diagnosed with diabetes, there is no need to worry. Diabetes can be managed, and people who have either type 1 or type 2 diabetes can live long and healthy lives.

Here are some things you can do to better manage your condition if you have either type 1 or type 2 diabetes:

Consulting a nutritionist may also help.

Being diagnosed with diabetes does not mean that your quality of life will decline. Through proper management of the disease, and making healthier lifestyle choices, anyone with diabetes can live a long and healthy life.

In fact, there are some cases where the disease goes into remission, which means that they no longer have to take medication.

For those without diabetes, engaging in proper exercise and eating well can not only lower your risk of diabetes, but also a number of other lifestyle diseases.

Keto Diet: Is It the Solution to Diabetes?

4 Helpful Tips to Prevent Diabetes in your Family Line According to Dr. Ayi Faller