Why Does the Menstrual Cycle Stop at Menopause? 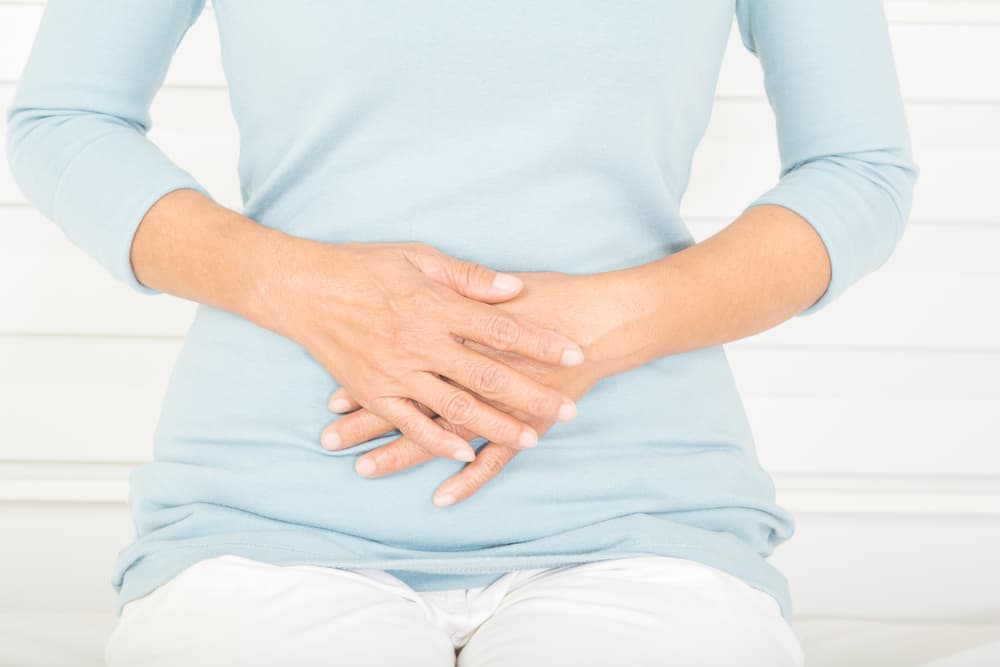 Typically, menopause happens as a part of the natural aging process. A woman is in menopause when she no longer has menstrual flow (including spotting) for 12 months straight. Because of shifts in hormonal levels, a lot of changes happen to a woman once she reaches this stage, such as no longer having the ability to get pregnant. But, why does the menstrual cycle stop at menopause?

All You Need to Know about Menopause

A Woman’s Eggs Are Numbered

To answer the question “why does the menstrual cycle stop at menopause?”, we need to consider the fact that a woman’s egg cells are numbered.

While men can produce sperm cells all their lives, with their quality and quantity decreasing with age, women are different.

At birth, there are about 1-2 million egg cells. When a woman reaches puberty, only about 300,000-400,000 remain. However, not all of them will be ovulated. The follicles are depleted at a rate of around 1000 follicles per month until age 35.

In fact, in a woman’s reproductive lifetime, only 300 to 400 eggs cells will mature and be released.

The limited number of egg cells along with the decreased production of the hormone estrogen cause menopause to set in.

Menopause marks the end of a woman’s reproductive years.

Each month, a woman’s body prepares for pregnancy. To accommodate the fertilized egg, the lining of the uterus thickens.

However, when fertilization doesn’t happen, the body no longer needs the thickened lining. And so, they are expelled out as blood and other tissues.

Since there are no more eggs to fertilize during menopause, the body doesn’t need the preparation anymore. Hence, bleeding will no longer happen.

Now that we have answered the question, why does the menstrual cycle stop at menopause, we can now talk about perimenopause.

The period leading up to a woman’s last menstrual period is called perimenopause, which literally means “around menopause.”

It’s quite a long transition wherein a woman might experience the following:

Perimenopause gives the woman a chance to anticipate menopause.

Perimenopause can last for years; from a period of 4 to 8 years. This means that while most women experience it in their 40s, some experience the symptoms in their 30s.

However, remember that missed periods can also be a sign of pregnancy. For this reason, women should not be quick to conclude that they are experiencing perimenopause, even if they are in their 40s.

Since early perimenopause is a possibility, early menopause could also happen. Many women experience menopause when they are 48 to 52 years old, but it might happen sooner than expected.

As of now, there are no clear, scientific reasons as to why the menstrual cycle stops early, but some reports indicate two possible reasons for early menopause. These are:

Additionally, women who have certain health conditions, and those undergoing chemotherapy may go through menopause earlier than normal.

The symptoms of perimenopause often persist when the menstrual cycle stops at menopause, but there are additional symptoms. They are:

Women can get Treated Due to Menopause

Although the menstrual cycle typically stops due to the normal aging process, some women get treatment for menopause. The treatment often focuses on managing the signs and symptoms, to let the woman continue her day-to-day activities without disruption.

The two treatment options are:

Women who have underlying conditions or those who got treatment for breast cancer may opt for non-hormonal management than hormonal therapy.

There is Such a Thing as Surgical Menopause

Most women experience menopause naturally, but for others, it’s a result of surgery.

One good example is when a woman undergoes oophorectomy or the operation that removes the ovaries. Immediately after removing both ovaries, the symptoms of menopause will surface.

On the other hand, if a woman undergoes a hysterectomy or the surgery that removes the uterus while preserving her ovaries, the monthly bleeding will stop, but the other menopause symptoms may not show up right away.

Why does the menstrual cycle stop at menopause? The answer is quite simple: hormonal shifts and a limited number of egg cells.

However, menopause is more than just a medical condition. It’s a phase that marks the end of a woman’s reproductive years; hence, she needs time and support to acclimate properly.

Menstrual Cup Pros and Cons: Should You Make The Switch?