Bronchitis: All You Need to Know 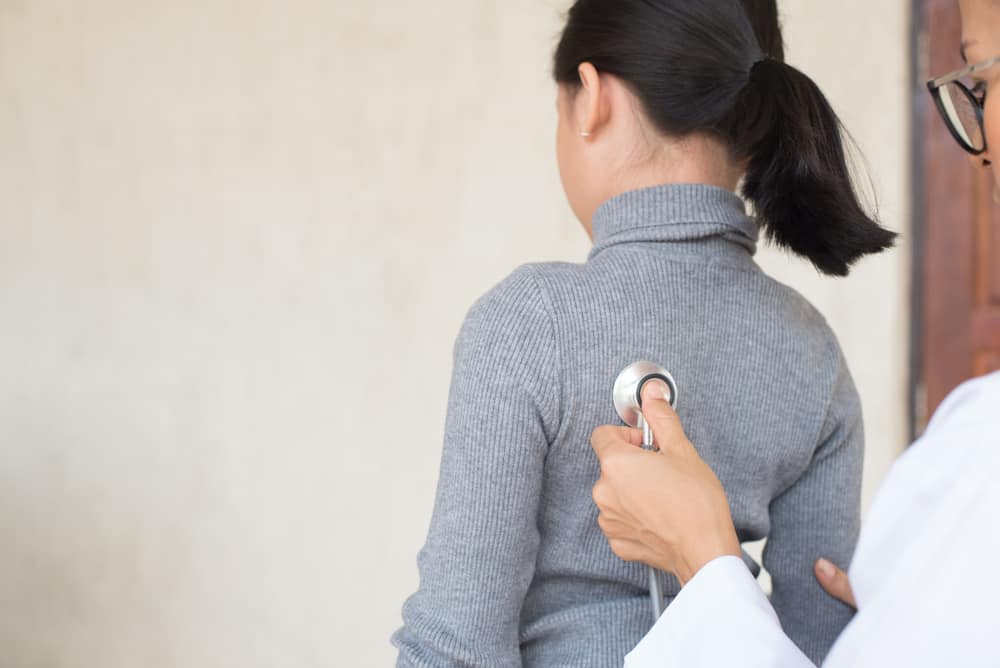 According to the Department of Health, in 2010, bronchitis and bronchiolitis accounted for 351,126 cases in the Philippines, making it one of the leading causes of morbidity. What causes bronchitis? Is it treatable? Read on to find out.

Lung Health: Everything You Need to Know

Bronchitis is the inflammation of the bronchial tube lining due to infection. Bronchi are the pathways that bring air in and out of your lungs. The condition causes a person with an infection to cough up discolored and thickened mucus.

Bronchitis is categorized into two types:

The infection may last for several weeks, causing the lungs to be inflamed and fill up with sticky mucus.

How Does Bronchitis Develop?

The lungs are protected by a lining of finger-like cilia. These cilia trap pollutants, viruses, and bacteria that enter the lungs through the nose and mouth. Then, it moves them out of the body as mucus.

This mucus is moved from the lungs upward towards the mouth, where it is swallowed and then killed by the acids in the stomach, or coughed out as phlegm.

Bronchitis develops when a person is exposed to too many irritants. In response, the bronchi increase the secretion of mucus and cause the pathways to be congested and swollen. The mucus becomes thicker and stickier, constricting the airways and making it even harder to breathe. As the mucus builds up, the cilia’s functions are also impaired. Secondary bacterial infection develops.

Bronchitis, which is common and can affect patients of any age, can easily be characterized by the bronchitis cough. But there are other symptoms that accompany the condition.

Some cases of acute bronchitis may go away on their own. But in order to prevent it from developing into chronic bronchitis, consult your doctor for immediate medical treatment.

5 Bronchitis Symptoms To Watch Out For

Schedule an appointment if your experience:

Acute bronchitis has a viral cause such as the typical cold and flu. Chronic bronchitis, on the other hand, is related more to smoking. It can further be aggravated by other irritants like air pollution, dust particles, and toxic gases in the environment.

What Increases My Risk for Bronchitis?

After understanding what causes bronchitis, it is easier to understand how you can become affected. Remember, bronchitis can affect people of any age. But certain risk factors may put you at higher risk for bronchitis, such as the following:

How is Bronchitis Diagnosed?

In a physical exam, the doctor will listen to your lungs for abnormal breathing.

Additional tests may be required, such as:

How is Bronchitis Treated?

For acute bronchitis, your doctor may prescribe medicine to help soothe your symptoms.

Also, the doctor may recommend an inhaler to reduce inflammation and ease breathing, especially if suffering from asthma, allergies, or chronic obstructive pulmonary disease.

For chronic bronchitis, which is a more severe condition than acute bronchitis, more intensive treatment may be needed in addition to those previously discussed.

To treat chronic bronchitis, one may need:

In addition to medication to help relieve chronic bronchitis, doctors may recommend bed rest and simple therapies to do at home like breathing exercises. To help loosen the mucus in your airways and relieve coughs, you can also invest in a humidifier.

After understanding what causes bronchitis, you can immediately seek proper treatment.

When it comes to treating and managing bronchitis, along with seeking medical intervention, you can adopt small lifestyle changes to improve your health. These include drinking more water, quitting smoking, and wearing a mask when heading outside. These help to prevent bronchitis from occurring and developing into a more serious condition.