Exercising with Bronchitis: When to Work Out and When to Rest 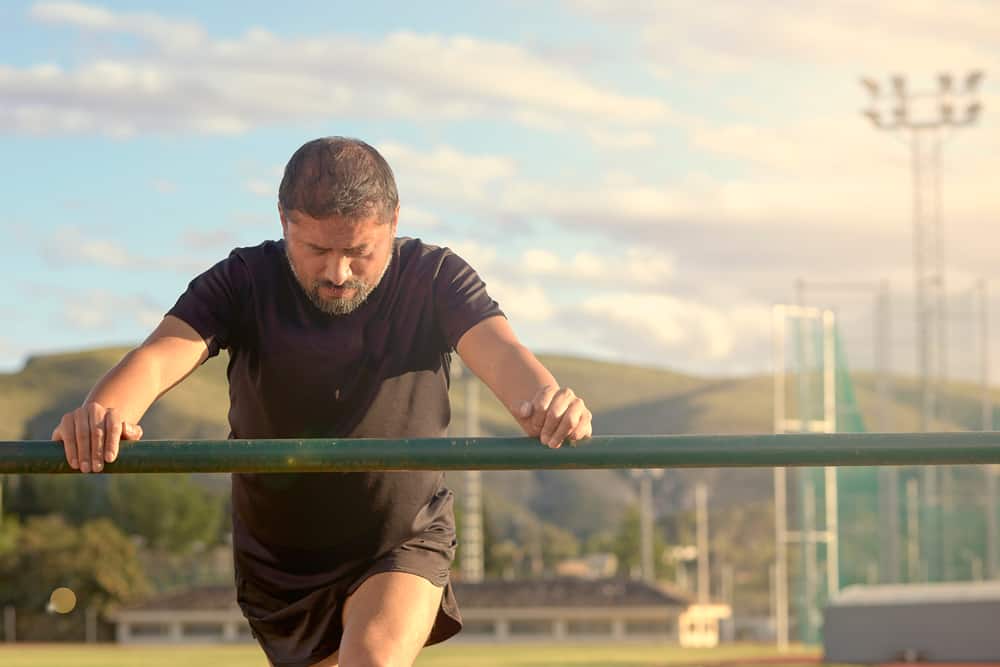 Exercising with Bronchitis: Is it a Bad Idea?

A daily workout routine is a great habit for a healthy body and mind. However, is it safe to continue working out when we are ill? Should we lead a normal, active life while we are down with simple health conditions like fever, or perhaps more serious conditions? In this article, we will focus on whether exercising with bronchitis is safe.

Medical experts often recommend the above-the-neck and below-the-neck rules to decide whether a workout session would be advisable when one is feeling unwell. Let’s take a look at what these rules mean.

According to this rule, it is safe to exercise with health conditions that are restricted to body parts located above the neck. In fact, a workout may improve blood circulation, unblock sinuses, and make you feel flexible and rejuvenated – an overall feeling of wellness.

Below are the most common symptoms of above-the-neck health conditions:

However, there are certain exceptions to this rule as well. Some believe that exercising with a runny nose, cold, or sneezing is safe. However, others are of the opinion that it is best to keep away from working out when displaying such symptoms, and also when you have a fever. It is especially true when your body temperature is more than 38 degrees C. Exercising with fever may raise your internal body temperature further, aggravating your health condition.

In case of health conditions associated with body parts below the neck, it is usually advised that you skip your fitness session.

The symptoms to watch out for that should discourage you from working out are:

When is it safe to return to exercising with bronchitis?

Exercising with bronchitis is a strict no-no, as it is a below-the-neck condition. But, how long you should keep away from your fitness routine depends on the severity of your health condition. On average, symptoms of bronchitis take at least 2 weeks to heal. However, a more serious condition, or lack of treatment may prolong its symptoms. You are the best judge of the right time to bounce back to your daily active lifestyle. After you feel better, you can gradually return to exercising rather than all at once.

Exercising with symptoms of below-the-neck diseases can aggravate your condition. It will also defeat the purpose of being under treatment. Other bronchial diseases may also occur if you exercise with bronchitis or asthma.

Certain conditions during exercises and sports activities can trigger the symptoms of EIB. These include:

These symptoms may be experienced by anyone, even those who do not suffer from EIB. However, it will be more pronounced and severe for people who exercise with bronchitis or EIB.

Common symptoms of EIB include:

EIB mostly gets triggered or aggravated by dry, cold weather and a burst of physical activities. Physical activities that do not usually trigger the health condition are walking, and some field sports like baseball, volleyball, etc. However, it varies from person to person. Humidity and warmth of water help people with EIB to breathe.

Below is the usual diagnostic process for this health condition:

Make sure you follow your doctor’s advice. If you have bronchitis, take proper treatment and ample of rest. Resume routine sports or exercising with bronchitis only after your doctor allows you to do so.

Can You Exercise with a Cold? https://www.lung.org/blog/can-you-exercise-with-a-cold Accessed on 15/05/2020

Getting active when you have asthma https://www.asthma.org.uk/advice/living-with-asthma/exercise-and-activities/ Accessed on 15/05/2020

Can You Exercise When You’re Sick? https://intermountainhealthcare.org/blogs/topics/live-well/2017/12/can-you-exercise-while-youre-sick/Accessed on 15/05/2020

What is Bronchiectasis? Symptoms, Causes, and Treatment

Best Bronchitis Prevention Tips: Here's What You Need to Know