Vaginal Pain During Third Trimester - Is It Normal? 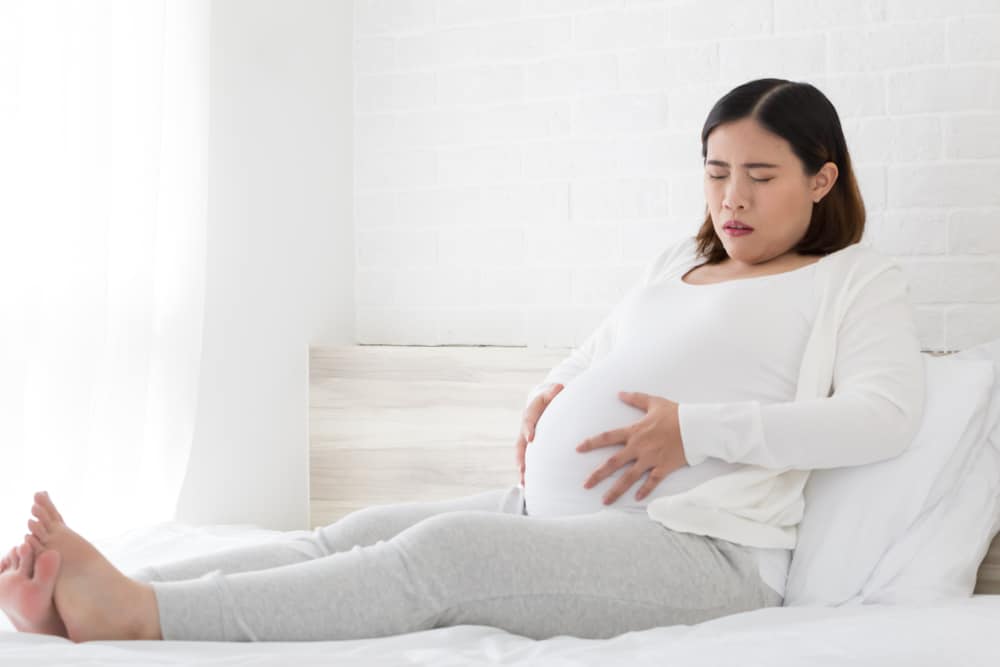 Between the need to adjust to the weight of the growing baby and the actual pain during labor and delivery, even first-time mommies already understand that with pregnancy comes various aches and pains. They expect that there will be leg cramps, back pain, breast engorgement, and of course, vaginal pain or pressure during the third trimester.

But what if vaginal pain happens during the first and second trimesters? Is it normal? Should it be a cause for concern?

What is Vaginal Pain or Pressure During Pregnancy?

Most women describe vaginal pain as a kind of “pressure” they feel in their vaginal area. Sometimes, they also characterize it as a “feeling of heaviness”, as if something is weighing down their genital region.

However, the exact description of the pain varies: in some cases, it’s a dull ache, but for others, it’s more like an intense pressure.

The bottom line: Vaginal pain is, in most cases, normal, and you might be surprised to know that it doesn’t only happen during the third trimester.

The Causes of Vaginal Pressure During Pregnancy

Vaginal pain during the third trimester normally happens because of the pressure of the growing baby in the uterus. But as we’ve mentioned earlier, it may also happen in the early stages of pregnancy.

Below are the most common reasons why vaginal pain or pressure occurs.

The Effects of Relaxin

From the name itself, the hormone relaxin, which is produced by the placenta and ovaries, helps relax the muscles in preparation for childbirth.

But as much as it relaxes your muscles, this hormone may cause vaginal pain not just during the third trimester, but also in the first and second.

According to studies, relaxin works on stretching the ligaments and joints in your pelvis. As the ligaments stretch, they also weaken; and this weakening often leads to vaginal or pelvic pressure.

The Added Weight of the Baby

We cannot discuss the causes of vaginal pain during the second and third trimester without mentioning the added weight of the fetus.

As your baby grows, your body, particularly the joints and ligaments in your vaginal area, will have to stretch to accommodate the extra weight. This stretching can bring pain to your genital region or lower belly. Sometimes the pain can even be described as “sharp or jabbing” (round ligament pain).

Another common cause of vaginal pain during the third trimester is the dilation of the cervix. Please note that it’s normal for the cervix to dilate or “widen” during the late stages of pregnancy in preparation for labor and delivery.

The dilation may cause pressure in the vaginal region. Some experts even believe that cervical dilation is the culprit for the shooting pain in the vagina (lightning crotch) that women experience at the late stages of their pregnancy.

During pregnancy, there is also an increased blood flow in the vagina. This makes the genital area swollen or more sensitive, causing a feeling of pain or tenderness.

With constipation or infrequent bowel movements, the stool hardens. This may add a feeling of fullness or pressure in the lower pelvic region.

Constipation During Pregnancy: How to Manage it

Now that you have a general idea on the causes of vaginal pain or pressure during pregnancy, let’s discuss the simple home remedies you can take to ease the heaviness.

A warm bath often has a soothing and relaxing effect. So when you’re feeling pain or pressure in your vagina, especially during the third trimester, consider taking a warm bath.

If you’re looking for a simple way to relieve vaginal pain or pressure during pregnancy, you might want to rethink your posture or positions.

According to experts, the following positions may help soothe your aches and pains:

One exercise that can help with vaginal pain during the third trimester is lifting your hips above chest level for a few minutes while you’re lying down. Aside from this, you can also consider:

The idea is to stay active during pregnancy. But, of course, you need to be careful with your choice of activity. For instance, avoid carrying heavy objects or prolonged sitting or standing.

One important note: Please talk to your doctor first before you engage in any exercise that may be strenuous for you or your baby.

Drinking plenty of water can help relieve constipation, which is sometimes the cause of vaginal fullness.

Why Isn’t My Baby Kicking? – Reasons for Decreased Fetal Movement

Even though vaginal pain or pressure is often normal, especially during the third trimester, mommies should still watch out for warning signs that something is wrong with her pregnancy.

For instance, keep a close eye on the following signs of pre-term labor:

Seek medical help, too, if you experience the following warning signs during pregnancy:

Vaginal pain or pressure during pregnancy is often normal, especially during the third trimester. How your body adjusts due to the extra weight of the growing baby often causes this pressure or discomfort.

Before you take any medication for your vaginal pressure, be sure that your doctor has approved of it first. Or you can also consider performing the home remedies explained above.

Learn more about Being Pregnant here.

This calculator is for women who want to know what their healthy weight gain range during pregnancy is, based upon what their weight was before they became pregnant.

The effect of relaxin on the musculoskeletal system
https://www.ncbi.nlm.nih.gov/pmc/articles/PMC4282454/
Accessed September 24, 2020

Vaginal Pain During Pregnancy: Why It Happens and What to Do About It
https://flo.health/pregnancy/pregnancy-health/pains-and-discomforts/vaginal-pain-during-pregnancy
Accessed September 24, 2020

What causes round ligament pain during pregnancy?
https://www.mayoclinic.org/healthy-lifestyle/pregnancy-week-by-week/expert-answers/round-ligament-pain/faq-20380879
Accessed September 24, 2020

True Labor or False Labor? Here's How to Tell