Is Shrimp High in Cholesterol and Should You Be Worried? 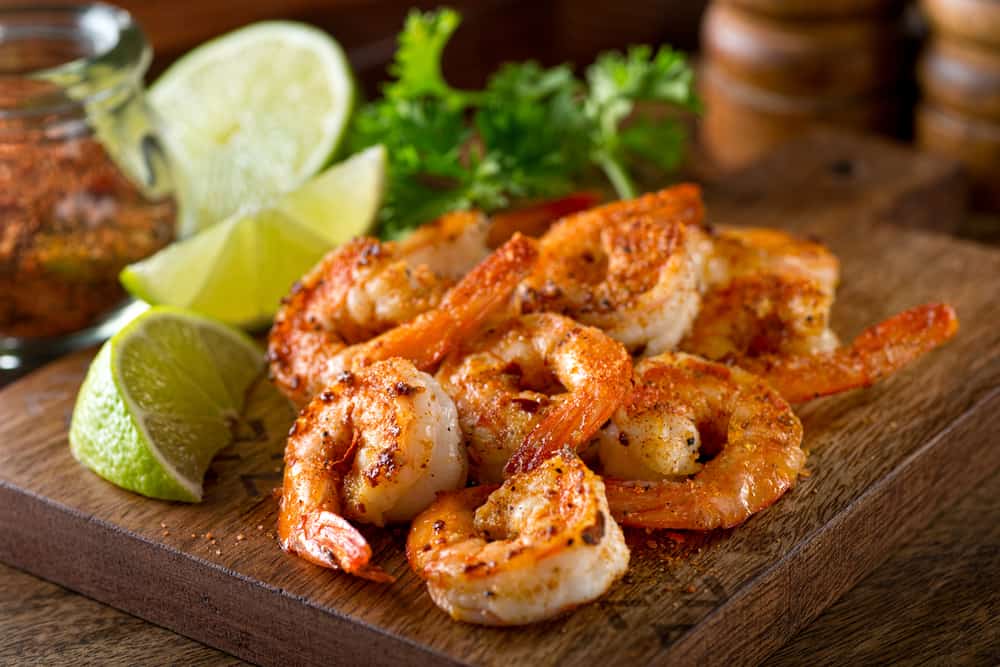 A lot of people love to eat shrimp. Not only is it tasty, but it’s also a healthy source of protein. Though you might have also heard that eating shrimp often, can be unhealthy because of its high cholesterol levels. But is shrimp high in cholesterol, and should you be avoiding it as part of a healthy diet?

Is Shrimp High in Cholesterol?

Shrimp is a type of seafood that’s readily available, has essential nutrients, is low in fat, and also a good source of protein. However, a lot of people believe that shrimp should be avoided, or eaten only in small amounts because of its high cholesterol content.

So does this mean that shrimp is unhealthy?

Well, not quite. A lot of people are afraid of eating food with cholesterol because of its association with cardiovascular disease. While this is true, studies conducted on shrimp consumption found that people who ate shrimp in moderation didn’t have a significant increase in their cholesterol levels.

In fact, the levels of bad cholesterol actually went down in persons who had more shrimp in their diet. Other studies found similar results, with some respondents even having a lower risk of heart attacks when they ate more seafood and shellfish.

The main reason is that seafood, in general, contains less fat compared to beef, chicken, or pork. Fat is typically associated with increased cholesterol levels, which is why eating a lot of red meat can be bad for you.

But since seafood contains less fat, even if some types of food, such as shrimp, have high cholesterol, it’s still healthier compared to red meat. This is why when it comes to heart health, seafood is a great source of nutrition.

How to Lower Your Cholesterol Levels Naturally

What Types of Seafood Should You Eat?

Aside from shrimp, there are also other types of healthy seafood that you should eat. Here are some of those:

Fatty fish such as salmon, mackerel, and tuna not only taste good, but are also good for your health. These types of fish are rich in healthy fats called omega-3, which help prevent heart disease and even lower blood pressure.

In fact, you can easily swap out your red meat intake for a similar amount of fatty fish in order to improve your diet.

Other types of fish, such as tilapia, have lower amounts of omega-3, but they are just as healthy, so don’t neglect those types of fish as well!

Shellfish, such as clams, mussels, oysters, shrimp, crabs, lobster, etc. are all great sources of protein as well as other essential minerals. Just like fish, shellfish are low in fat, so there’s a reduced risk of heart disease when you eat more shellfish.

Though, it is important to remember that crabs can be high in sodium, and shrimps high in cholesterol. So be mindful of how much of these types of shellfish you eat, since eating too much can be bad for your health.

Seaweed is tasty, and also a great source of iodine and fiber. They’re a great addition to any meal, and they’re readily available in most wet markets.

Know Where Your Seafood is Coming From

While seafood is a great alternative to red meat, it is important to know where your seafood is sourced. This is because some seafood can contain high levels of mercury due to water pollution.

In particular, swordfish, marlin, and bigeye tuna can possibly contain high levels of mercury. If the fish you buy is from fisheries and farms, they are generally safe as the farmers ensure that the mercury levels in the water are very low.

As always, the important thing to remember is to eat in moderation. Be sure to have the right portion sizes, and balance it out with fresh vegetables and fruits for every meal. This way, you can have a healthy meal that helps strengthen your body and keeps you free from disease.

Low-Mercury Seafood in the Philippines: All You Need to Know