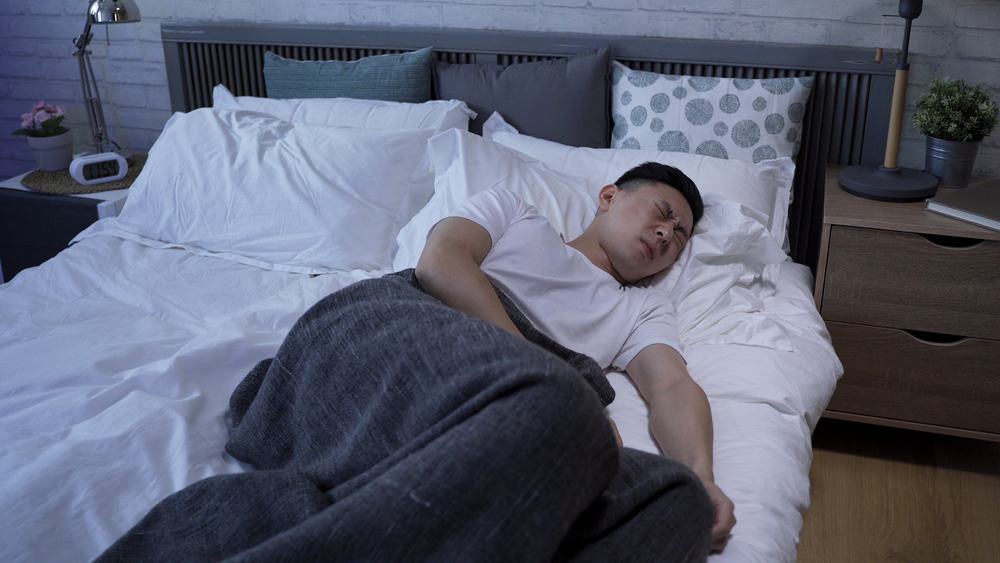 Many of us mistake bangungot for a nightmare. But the truth is, it’s more than just a disturbing dream. Most stories about bangungot revolve around a young, seemingly healthy person going to bed one night and never waking up. It’s a medical mystery with theories ranging from the fantastical to the medical. What really causes bangungot, and is it possible to prevent it?

At least once, you might have heard someone say, “Binangungot ako kagabi.” Of course, we immediately understand that they had a terrifying dream that night. However, we need to clarify that a nightmare is different from bangungot. People wake up from nightmares. In fact, they usually jerk awake because of them.

The same cannot be said for bangungot–a phenomenon wherein a person mysteriously dies in their sleep. According to reports, bangungot causes the patient to “rise and moan” during their sleep. This rising (bangon) and moaning (ungol) is where bangungot gets its name.

Because of the lack of scientific study, doctors and scientists refer to bangungot as Sudden and Unexplained Death in Sleep (SUDS) or Sudden Nocturnal Death Syndrome (SUNDS).

Of course, Filipinos have attached a folkloric explanation for bangungot.

According to stories, a batibat is the cause of bangungot. A batibat is a large, female demon that lives in trees. If you disturb her house by using the tree as a support or a bedpost, she will sit on your face while you’re sleeping and suffocate you. The only way to get the batibat off your face is to move your big toe or thumb.

Scientific theories for what causes bangungot

Folklore aside, what are the possible scientific explanations for bangungot?

Perhaps the most famous theory is that acute pancreatitis causes bangungot. This theory is based on various autopsy reports of people who died of SUDS.

Acute pancreatitis (AP) happens when the pancreas suddenly become severely swollen. The pancreas is an organ that sits behind the stomach and produces digestive enzymes. Medical experts highlight that acute pancreatitis can be life-threatening, as it can result in tissue death, and cause multi-organ failure due to sepsis or severe infection. Furthermore, a severe case of acute pancreatitis can also cause severe bleeding (hemorrhage). In this situation, the body can go into shock due to blood loss.

What to do about it:

One way to prevent bangungot is to stop acute pancreatitis in its tracks. Keep in mind that the most common causes of AP are alcoholism and gallstones. That’s why it’s essential to:

Get treated for gallstones. If you experience sudden and severe abdominal pain along with backache, shoulder pain, nausea, and vomiting, you could be suffering from gallstones. Consult your doctor for treatment.

Limit or spread out your drinking. If you can’t totally avoid drinking alcohol, try not to consume high amounts of it in just one sitting.

Watch out for symptoms of AP. Although death due to acute pancreatitis can happen suddenly, the condition itself often has symptoms like nausea and vomiting, pain when coughing, fever, and jaundice (yellow tinge on skin and eyes). If you have these symptoms, talk to your doctor right away.

Avoid heavy meals. Heavy meals, especially when they are high in fat, can make the pancreas work harder. This increases the risk of acute pancreatitis. Additionally, be care of binge eating and drinking which may happen during buffets and parties.

When left untreated, Brugada Syndrome can lead to seizures, difficulty breathing, fainting, shortness of breath, and sudden death. And here’s an interesting note: these complications typically happen when the patient is resting or sleeping.

Researchers have also discovered that Brugada syndrome is the potential cause of SUNDS in Japan and Thailand. A study in the Philippines, which summarized various autopsy reports, also concluded that the Brugada syndrome and bangungot are closely related.

Can you prevent bangungot by managing Brugada Syndrome?

Unfortunately, Brugada Syndrome is a hereditary condition caused by a defect in the SCN5A gene. This genetic defect forces the heart cells to abnormally manage sodium (salt), which leads to an irregular heartbeat. As of now, there’s still no cure for Brugada Syndrome, but you can do the following:

Know if you’re at risk. The condition is common among people of Asian descent. It’s also more common in men than women, and its symptoms may manifest when the patient is anywhere between 16 and 70 years old.

Watch out for the signs and symptoms. If you experience symptoms like palpitations, fainting, and seizures, consult your doctor right away. Through a health interview and ECG test, they can determine if you have Brugada syndrome.

Be open to an ICD (after doctor’s recommendation). An implantable cardioverter-defibrillator or ICD is a small, battery-powered device placed under the skin. When it detects an abnormal heartbeat, it sends electricity to the heart to reset its rhythm.

The only way to identify what causes bangungot is to perform an autopsy on the patient’s body. Medical experts agree that besides acute pancreatitis and Brugada syndrome, there are a lot of other medical conditions, such as a stroke, cardiac arrest, or a heart attack, that could lead to sudden death while a person is sleeping.

While we cannot control what causes every single case of bangungot, we still have control over our overall health. If you experience abnormal or unexplained symptoms, consult your physician so that you can get proper treatment.

Nightmares (Bangungut) is the Leading Cause of Sudden Unexplained Nocturnal Death among Adults (SUNDS), its Risk Factors, and Solution. A Review of Literature
https://www.researchgate.net/publication/306448450_Nightmares_Bangungut_is_the_Leading_Cause_of_Sudden_Unexplained_Nocturnal_Death_among_Adults_SUNDS_its_Risk_Factors_and_Solution_A_Review_of_Literature
Accessed October 30, 2020

Unraveling the Enigma of Bangungut: Is Sudden Unexplained Nocturnal Death Syndrome (SUNDS) in the Philippines a Disease Allelic to the Brugada Syndrome?
https://www.ncbi.nlm.nih.gov/pmc/articles/PMC3404490/
Accessed October 30, 2020