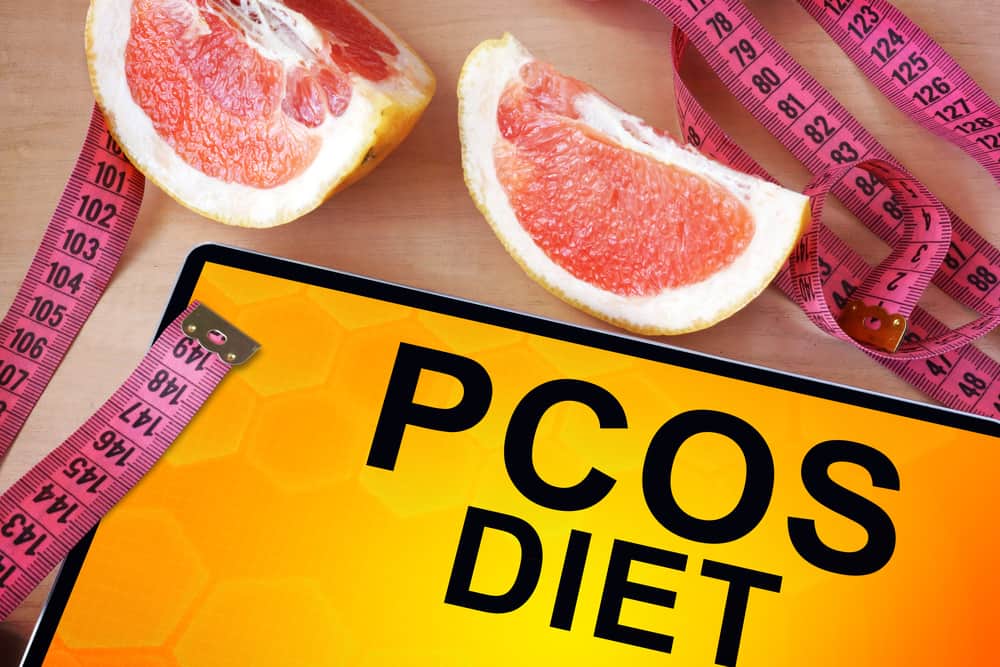 PCOS is one of the most common causes of infertility among women. Although treatment options often include medications, and sometimes, even surgery, a huge part of management lies in diet and nutrition. Here is an easy PCOS meal plan you can follow.

Polycystic Ovary Syndrome, commonly referred to as PCOS, is a hormonal disorder that affects women in their reproductive years.

PCOS patients often have elevated levels of insulin, and the male hormone, androgen. However, even with the higher levels of insulin in the blood, most women with PCOS are insulin-resistant.

Another characteristic of polycystic ovary syndrome is the presence of follicles or collection of fluids around the ovaries. Due to this, the ovaries might not be able to release egg cells regularly and affect fertility.

Additionally, since most women with PCOS are also insulin-resistant, they may be prone to Type 2 Diabetes.

Whether it is to address issues with prolonged menstrual cycles, obesity, or to help in boosting their fertility, a PCOS meal plan may be recommended to help address the different health concerns.

The Importance of Diet in PCOS Management

In many references, there are three main management options for PCOS. You have medications, surgery, and last but not the least, lifestyle changes.

You see, according to reports, a weight loss of just 5% can already significantly improve the signs and symptoms of PCOS.

If you are looking for a way to know your BMI, you can check out our tool here.

Diet and nutrition are also important in managing PCOS because it can help with insulin resistance.

In one study involving healthy women with PCOS who didn’t receive any form of hormonal and insulin-sensitizing therapy, it showed that a “moderate reduction in dietary carbohydrates” could improve insulin concentration.

Over time, this improvement in insulin concentration could lead to a better reproductive or endocrine outcome.

What is the PCOS Diet?

Now that you know about the importance of having a PCOS meal plan, you probably want to know how different this diet is from a typical diet.

The PCOS diet is not that different from a well-balanced diet. Below are the lists of the best and worst foods for polycystic ovary syndrome.

The Best Foods for PCOS

Fiber is not only good for the digestive system, but it is also great for lowering the insulin level. On top of that, it provides antioxidants that fight inflammation.

Examples of foods that are rich in fiber are whole grains, like brown rice and whole oats, and legumes, such as black beans and lentils.

Antioxidants, as mentioned earlier, fight off inflammation. Since inflammation could potentially cause elevated insulin levels, try to include antioxidant-heavy foods in your PCOS meal plan.

Aside from being rich in antioxidants and fiber, you also need to select foods based on their glycemic index (GI). To remember, glucose means refers to blood sugar, which is one of the main concerns of those with diabetes and PCOS.

Basically, for your diet, you want to add foods that have a low-glycemic index as they minimally affect the glucose level. In other words, they do not raise your blood sugar that much compared to other foods.

This is especially important for PCOS patients as they may have insulin resistance. Some examples of fruits and veggies that have low GI are:

The Worst Foods for PCOS

After discussing the best choices, let’s now talk about the worst foods for PCOS.

The foods you must avoid are refined sugar, processed foods, sugary drinks, trans and saturated fats, and alcohol. Here’s a more specific list:

With your knowledge about the best choices and worst foods for PCOS, you will be better equipped to follow these simple rules:

Many women are affected by polycystic ovary syndrome or PCOS. While most cases will require medications, diet remains to be an important part of managing the symptoms. Preparing a PCOS meal plan helps you achieve and maintain a healthy weight and might even lower your insulin level.

Role of diet in the treatment of polycystic ovary syndrome
https://www.ncbi.nlm.nih.gov/pmc/articles/PMC3752890/
Accessed July 28, 2020

Polycystic Ovary Syndrome (PCOS): All You Need To Know