Polycystic Ovary Syndrome (PCOS): All You Need To Know 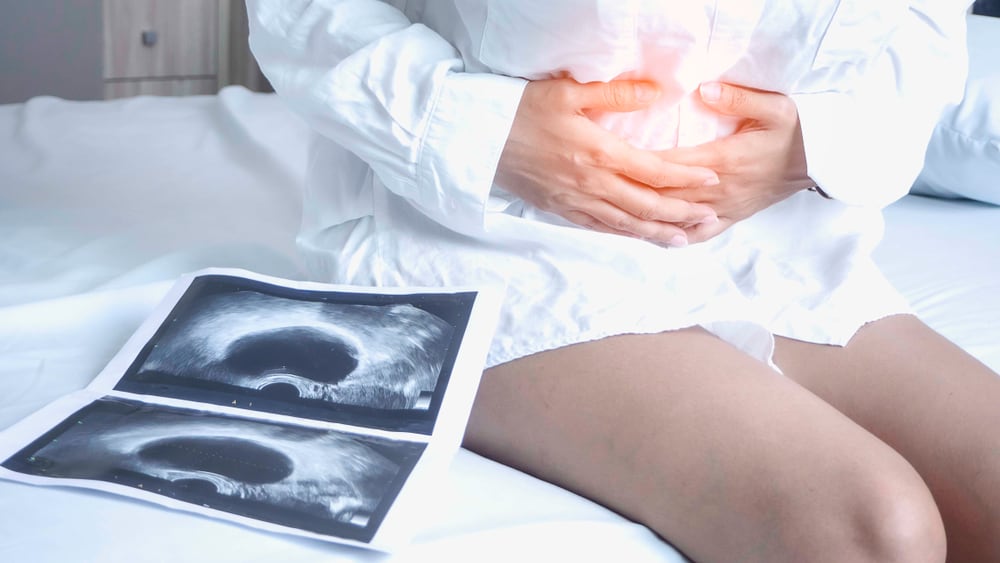 What is Polycystic Ovary Syndrome (PCOS)?

One common disease found in women is polycystic ovary syndrome (PCOS). Although no one would ever want to fall victim to such an illness, there are still many females who do. But what exactly is PCOS? What can cause PCOS? What does it do to your body? Is this something you can prevent or is entirely unescapable? Read on to find out more.

PCOS stands for Polycystic Ovary Syndrome. This is a hormonal disorder that usually occurs in women who are in the reproductive age. Those who have PCOS may suffer prolonged or infrequent menstrual periods.

Almost 10% of women who are in the child-bearing age can be affected by PCOS. This is usually between the ages of 15 to 44.

Not a lot of women know that they have PCOS immediately. In fact, a large portion of the world’s female population don’t even know that PCOS exists.

But at the age of 20s and 30s, women who fail to conceive a child and consult the doctor are usually the ones who find out about this illness.

But in terms of infection, women who have passed the puberty stage have a higher chance of getting PCOS. This is also a hereditary illness that can be present in women who have relatives who also suffered from PCOS.

What can cause PCOS? To this day, more studies are needed to determine the exact cause. But there are factors that may contribute to

Androgen is the hormone that is largely present in male. This is also the reason why androgen is sometimes referred to as “male hormones.” However, a regular female’s body also produces this. But this is in way smaller amounts compared to those present in men.

Simply put, androgens are largely responsible for the traits that men are known for. In the case of women suffering from PCOS, they have way more androgen that the body needs.

We already know that the androgen is the male hormone and since only women can give birth and bear a child, fertilization is made less possible with increased androgen. This is because too much androgen can stop a female’s ovary from ejecting eggs or the process called ovulation.

On top of that, this can also result in extra acne and hair growth on the facial area. These two are both pretty good signs of PCOS.

Insulin is the hormone tasked to convert food into energy. If you have insulin resistance, that means your body isn’t responding well to this hormone. This causes your insulin blood levels to rise way above the normal state. Most women who suffer from PCOS also suffer from insulin resistance. If the patient is obesed, overweight, has diabetes in the family history or has unhealthy eating habits, the higher her chance to develop PCOS. In the long run, the body’s insulin resistance can grow to type 2 diabetes.

Women who have aunts, mothers, cousins or grandmothers that have PCOS are most likely to have this illness. Though it isn’t always a guarantee for future generations of a PCOS-diagnosed woman to have PCOS, they usually have a higher chance of getting it.

Some of the most common symptoms are:

PCOS can cause complications later on in life, such as:

Just as there are more studies needed to further define what can cause PCOS, there is still no confirmed test to diagnose it.

But medical professionals do follow a diagnosis procedure that requires the full cooperation of the patient. The procedure requires a brief analysis of the patient’s body as well as medical history. Some physical tests possibly performed on a speculated PCOS patient are as follows:

Doctors may perform a pelvic exam to check for the presence of male hormones above normal rate. A common sign that some doctors may look for an enlarged clitoris. But more than usual, the goal f a pelvic exam is to look for signs of swollen or enlarged ovaries.

Sonogram is also known as pelvic ultrasound. Similar to regular ultrasound, a sonogram test makes use of sound waves. These sound waves are used to check for the presence of cysts. It also checks for any abnormalities in the uterus lining or endometrium.

Here, the doctor will make various examinations. This can include the patient’s waist line, her BMI and her blood pressure. Most doctors may also look for abnormal amounts of facial hair on various parts of the body. This can be on the chest area, the back or face. The attending physician may also check for skin discoloration, acne or hair loss.

As of now, there is no medically-approved cure for PCOS. It is, however, still manageable. But this will require the patient to cooperate with her doctor since treatment plans will vary from one patient to another. The doctor will take into consideration a few factors including:

Women will usually require doctor-prescribed medication along with a few home remedies to alleviate the symptoms.

PCOS may seem like a dreadful illness, but it’s actually easy to manage once you gain better understanding about the disease. Just remember to cooperate and stick to the recommendations of your doctor.