Let’s Look at Soy: Are There Phytoestrogen Foods to Avoid? 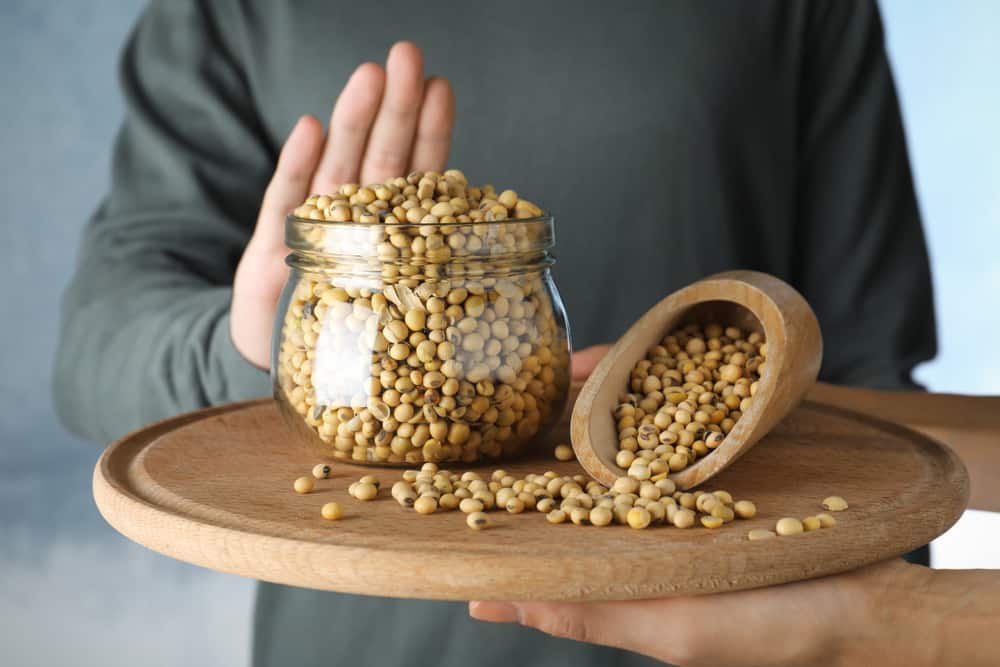 There are many reported health benefits to taking phytoestrogens, a compound found in a range of foods, most prominently soy. But can food with phytoestrogens also cause harm? What are the phytoestrogen foods to avoid?

Phytoestrogens, also called plant estrogens, have a similar chemical structure to the estrogen found in humans. Estrogen is one of the main female hormones.

Phytoestrogens are frequently advertised as a natural alternative to estrogen replacement therapy and can be found in a variety of dietary supplements. Soy infant formula currently accounts for up to a third of the market in the United States, and soy protein is increasingly found in a variety of processed foods. Phytoestrogens are quickly digested and absorbed after consumption, entering systemic circulation.

Antioxidants and anti-inflammatory compounds are frequently found in phytoestrogens. Phytoestrogens are also credited with many health benefits, including a reduced risk of osteoporosis, heart disease, and menopausal symptoms.

The relief from hot flashes and nocturnal sweats was the first generally cited health benefit of phytoestrogen use. The severity of these symptoms can significantly reduce a woman’s quality of life and interfere with daily activities. Phytoestrogen has been shown to reduce the frequency of hot flashes while having little to no negative effects. Adult soya consumption may also affect mood and anxiety-related behaviors.

One effect of aging is the loss of bone mineral density. Estrogens aid in the maintenance of normal bone density, and phytoestrogens have been proven to have similar qualities. According to a study, postmenopausal women who had less estrogen in their bodies, who eat a lot of soy had better femoral and/or lumbar spine density than those who eat a less soy.

Cardiovascular health and the prevention of heart disease

Soy isoflavone therapy has also been shown to lower low density lipoprotein (LDL) levels in some women. Therefore, people who are at risk for heart disease should consider substituting soy for at least a portion of their meat intake.

Are there phytoestrogen foods to avoid?

Phytoestrogen is structurally similar to estradiol. Estradiol is necessary for the function of the female reproductive system. However, too much estradiol causes skin breakouts, loss of sex drive, depression, and osteoporosis.

Because of this, some have questioned if there are drawbacks to taking too much phytoestrogen.

Because extremely high levels of estradiol may also increase the likelihood of breast cancer, some have questioned if increased phytoestrogen intake may result in higher chance of breast cancer.

However, studies have actually connected consumption of soy products to less breast cancer risk. Other studies have found that intake of phytoestrogens from fruits, grains, and seeds was found to reduce the growth of tumors.

Despite this, it has been suggested that women with HER2-positive tumors, or breast cancer that tests positive for the HER2 protein, as well as pre-menopausal women with a higher risk of breast cancer should avoid phytoestrogens.

Experts also suggest that women with a high risk of breast cancer, or have survived breast cancer avoid highly processed soy supplements. On the other hand, moderate amounts of whole soy foods, like tofu, edamame, soy milk, and miso, is still good for your health.

Consult with a doctor or a dietitian for the best nutritional advice for you.

The pros and cons of phytoestrogens

Efficacy of phytoestrogens for menopausal symptoms: a meta-analysis and systematic review

HER2-positive breast cancer: What is it?