On a Diet? Try These Types of Bread 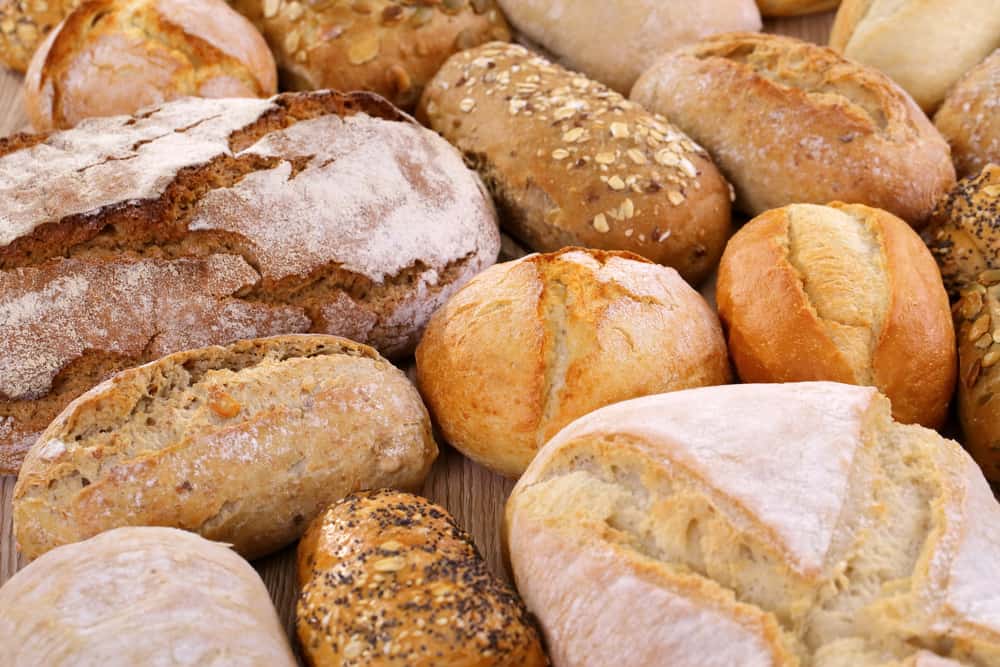 Bread has had its reputation tarnished in recent years. It has been blamed for being the reason behind people gaining weight and having a difficult time getting rid of that same weight. With its carbohydrate content, white bread in particular has come under fire. Still, types of bread for diet-conscious people are also being made. Finding and naming these healthy kinds of bread is out there for those who look hard enough.

A bad reputation for white bread

For all the flak that bread has gotten, there are studies that downplay its contributions to obesity. One points out that, “The feeling of fullness created by eating bread and intensified with bread containing cellulose helps a dieter control food intake. At the same time, only by restricting high calorie food intake can there be any substantial weight loss.”

A 2008 study pointed out that bread consumption among adults in 2000–2001 was dominated by white bread. Men consumed more bread than women, and more white bread than other varieties. This consequently made a greater contribution to energy, fiber, and nutrient intakes than other types of bread. Replacing white bread with wholemeal bread would increase the nutrient density of the diet.

White bread is the largest contributor to salt intakes in the UK. Though average salt content has been declining, largely due to salt reduction targets set by government reformulation programs.

Sourdough bread as an option

A type of bread that has emerged as a healthier option is sourdough bread. Sourdough bread refers to bread leavened using a sourdough starter. This is a mixture of flour and water inhabited by so-called wild yeasts and bacteria. These cause the dough to rise and give it its distinguishing flavor.

The wheat used is ground in stone and not in roller mills that destroy some of the nutrients in wheat germ. It is made using a sourdough starter composed of natural yeast and lactobacilli or beneficial bacteria. Left to rise for 7–8 hours and then baked, sourdough bread contains all the nutrients present in whole grains and those in wheat germ.

In addition to high-quality proteins and essential fatty acids, it contains a wealth of vitamins and minerals. Sourdough bread, in fact, provides the following:

Bread has been flagged for its carbohydrate content and connections to obesity in recent years. White bread, in particular, has been blamed for some people’s difficulty when attempting to lose weight since it is so readily available. Thus, when thinking about bread for diet, it is difficult to have bread as part of the equation.

Since ancient times, particularly in Greece and the Mediterranean, sourdough bread has proven to be a healthier option compared to white bread and its ilk. The way sourdough is prepared and its own ingredients such as sourdough starter and wheat germ are credited for its numerous beneficial effects.

Bread in the diet: consumption and contribution to nutrient intakes of British adults, https://www.cambridge.org/core/journals/proceedings-of-the-nutrition-society/article/bread-in-the-diet-consumption-and-contribution-to-nutrient-intakes-of-british-adults/BEBF892211D827F55F5402408AACAB46, Accessed December 22, 2021

Feeding with Sustainably Sourdough Bread Has the Potential to Promote the Healthy Microbiota Metabolism at the Colon Level, https://journals.asm.org/doi/full/10.1128/Spectrum.00494-21, Accessed December 22, 2021

Food and Diet Advice for Dealing With High Blood Pressure

Is Obesity Genetic? Here's What Science Has to Say