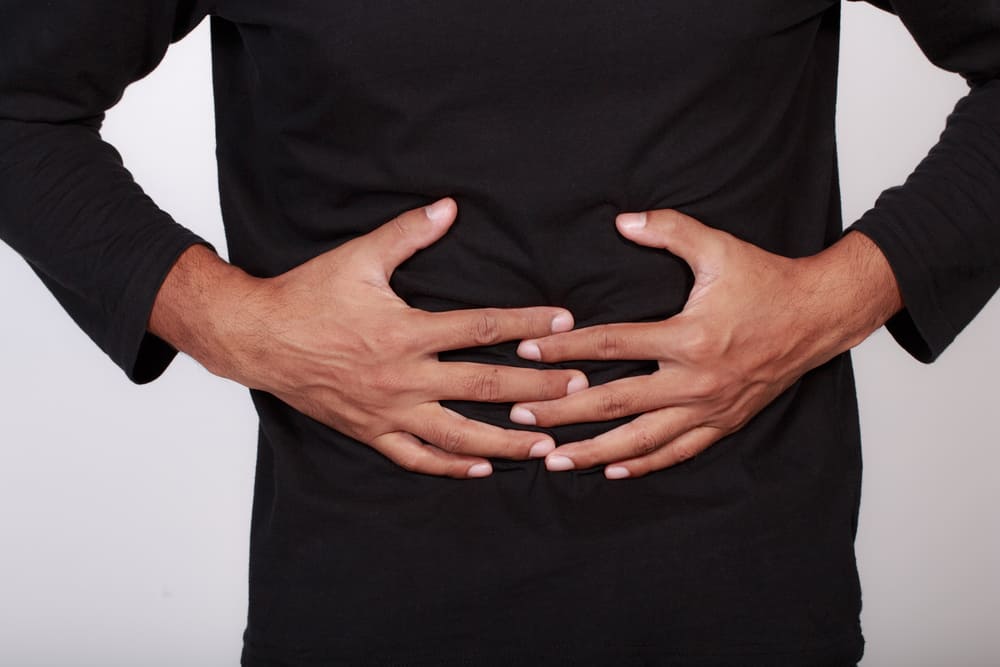 Stomach flu and food poisoning are both conditions that affect the digestive system. They share many symptoms, making it difficult at times for people to tell the two apart. In this article, we discuss the differences between stomach flu vs food poisoning.

Stomach flu is the common name of gastroenteritis, which is an intestinal infection in the digestive system. While not a real flu (like influenza), a person suffering from stomach flu can have fever.

There are two common ways by which a person can contract stomach flu. The first one is through contact with a person who has it. The second is through ingesting food or fluids that are contaminated with either the norovirus or rotavirus.

Healthy adults often don’t have to worry about any lasting complications from stomach flu. However, in infants, children, older people with weakened immune systems, stomach flu can lead to dangerous complications.

Stomach flu is not related to real flu, which affects the respiratory system. Gastroenteritis, on the other hand, affects the stomach and intestines. As a result, it can have the following symptoms:

The symptoms of a stomach flu may appear within a day or two after infection. The symptoms can last from 1 to 10 days.

There are a lot of viruses that may cause stomach flu. Two most common viruses are:

Noroviruses. This can affect both children and adults. It typically infects people through the food and/or water that they consume.

Rotavirus. is the most common cause of stomach flu in children. Infection usually occurs by placing contaminated fingers into one’s mouth. The infection can be particularly severe in infants and in small children.

Eating food contaminated with bacteria, germs, toxins, or pathogens often leads to food poisoning. The contamination can occur due to the improper cooking or handling of food at home or in a restaurant.

Symptoms of food poisoning may start appearing hours after consumption of food. Since the symptoms of this condition are very similar to other gastrointestinal issues, it can make differentiating between stomach flu vs food poisoning very tricky.

Fortunately, most food poisoning does not require treatment and will resolve itself on its own. However, there are cases when the symptoms are so severe that medical treatment is necessary.

The symptoms of food poisoning will depend on the source of the contamination. The most common symptoms include:

If you are experiencing bloody diarrhea and cannot keep fluids down, have extreme abdominal pain, and your temperature is 38 C (100.4 F) or higher, seek medical attention. The vomiting and diarrhea can lead to dehydration.

Food poisoning is a common result of eating uncooked, contaminated food or cross-contamination during the cooking process. Cross-contamination refers to the transfer of contaminants from one surface to another, or from raw food to cooked food.

There are several similarities between stomach flu and food poisoning, which is why these two conditions can be confused with each other. They both affect the digestive system and can cause diarrhea, abdominal pains, and fever.

However, here are a few key differences. Keep in mind that the symptoms of food poisoning can:

But perhaps the key difference between stomach flu vs food poisoning is that the latter often affects more than one person at a time and can usually be traced to a particular source. Stomach flu, on the other hand, is often passed from one person to another via eating contaminated food, drinking contaminated liquid, touching contaminated surfaces, and by direct contact with an infected individual.

When talking about stomach flu vs food poisoning, the main thing to remember is to watch your hydration levels. Diarrhea and vomiting can cause severe dehydration. You need to take frequent sips of water and other fluids.

When is Chronic Indigestion a Sign of Stomach Cancer?