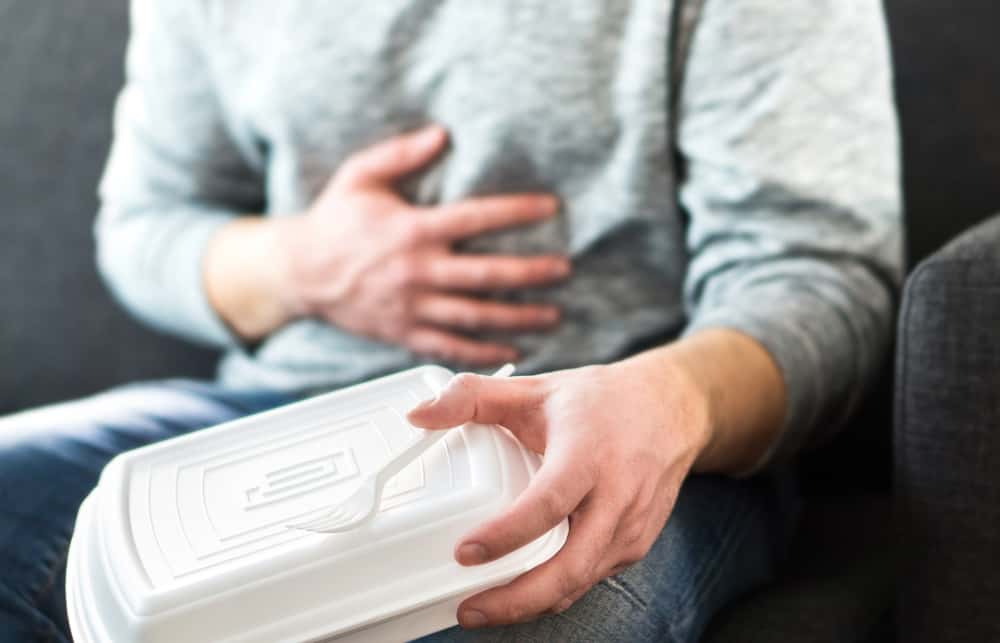 Salmonellosis is a common bacterial infection that results in some digestive symptoms, such as diarrhea and vomiting. In this article, we will discuss its definition, signs, and symptoms, and if there are possible ways to prevent salmonella infection.

However, these types are rare compared to the Salmonella bacteria that cause diarrheal diseases.

In general, Salmonella bacteria are “persistent”. According to the WHO, they can survive in a dry environment for several weeks and can live for months in a wet environment.

What is Salmonella Infection?

Salmonella infection, also called Salmonellosis, happens when a person gets the Salmonella bacteria in their body, typically through ingestion. This is why it’s considered a foodborne disease.

To prevent Salmonella infection, it’s important to understand that people can contract it by eating foods that are contaminated with the feces of infected animals.

Here are some important notes to remember about its transmission:

The Signs and Symptoms of Salmonella Infection

To prevent salmonella infection complications, you must be aware of its signs and symptoms.

After unknowingly ingesting Salmonella bacteria, a person commonly shows symptoms within 6 hours to 6 days, but typically within a day and a half. The signs and symptoms to watch out for are:

Salmonellosis often results in diarrhea or loose watery stools. At times, people with salmonella infections also experience bloody diarrhea. This is the reason why the WHO considers Salmonellosis as 1 of the 4 global “key diarrheal diseases.”

Aside from diarrhea, an infected person may also experience abdominal pain or cramping. It can also be accompanied by nausea and vomiting.

And because Salmonellosis is an infection, the body will try to fight off the bacteria and this could result in fever. Moreover, the fever is sometimes accompanied by chills and headaches.

Most people will suffer from the symptoms for several days, but others may endure it for several weeks. The good news is, Salmonellosis is often mild and patients make recovery after a specific treatment.

However, it can still result in dehydration and other life-threatening complications, especially with children and the elderly.

6 Possible Causes of Diarrhea and How to Manage Them

How to Prevent Salmonella Infection

Since Salmonellosis is a foodborne disease, the WHO emphasizes that prevention should occur in all stages of the food chain. That means measures must be undertaken from production to home preparation.

Since you can get the bacteria in your hands, it’s possible to prevent Salmonella infection through hand washing. Experts suggest washing hands, especially after:

Make Sure that Your Food is Well-Cooked

The good news is, heat from cooking can kill the Salmonella bacteria. With this in mind, make sure that you’re cooking food thoroughly and that they are not raw or undercooked. Other important points to remember are:

Be Cautious with Your Fruits and Vegetables

Because we can contract Salmonella from contaminated fruits and vegetables, don’t forget to wash them thoroughly before serving. This is true, especially if you eat salads. For fruits, one good tip is to peel the skin before eating them.

Handle and Prepare Foods with Care

Aside from washing your hands and making sure that the food is well-cooked, you can also prevent salmonella infection by handling and preparing food with care. Some tips include:

To prevent cross-contamination, make sure that:

On a regular day, experts advise against keeping the food at room temperature for more than two hours. However, if it’s hot, you must chill the food instead of leaving it for more than 1 hour. Additionally, keep your fridge’s temperature under 4.4 degrees Celsius.

Although it is a common foodborne and diarrheal disease, there are a lot of ways on how to prevent Salmonella infection. The most important tips include frequent hand washing, safe steps in food preparation, and ensuring that food is well-cooked.

6 Possible Causes of Diarrhea and How to Manage Them