Sex After Menopause: How to Make it Still Pleasurable 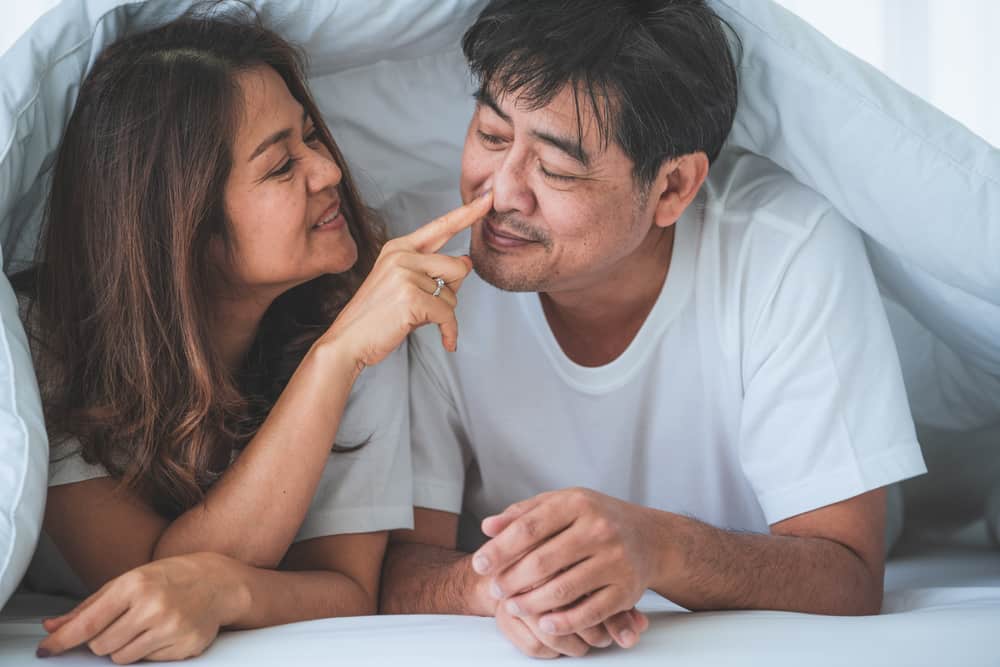 As the saying goes, every end is a new beginning. For women, the best example of this concept is menopause. Understandably, menopause brings about mixed emotions. Some women may feel like she can no longer do things, simply because she is “too old.” Sex after menopause is something many women worry about. However, be rest assured that a good percentage of middle-aged and senior women still enjoy healthy sex with their partners.

Learn more about what to expect and how to overcome obstacles when it comes to having sex after menopause.

What happens to the body in menopause?

By definition, menopause marks the end of a woman’s menstruation– forever. The years leading up to menopause is a transition phase called perimenopause, which gives women a clue what’s to come.

Signs and symptoms include:

These changes are mainly brought about by the declining levels of estrogen in the body. As ovulation stops, a woman’s sex hormone levels drop.

Estrogen is responsible for maintaining healthy and so-called youthful skin. Therefore after menopause, many women are concerned with wrinkles and crow’s feet. Additionally, the drop in estrogen can also impact bone health. Doctors encourage menopausal women to take vitamin D and calcium supplements to prevent the onset of weak bones or osteoporosis.

Sex after menopause can be tricky because estrogen plays an important role in maintaining vaginal lubrication. Dryness can make sex less enjoyable and even painful. This can discourage both men and women to engage in sex with their partners. However, this does not mean a woman’s sex life is over.

Do men have the same problems?

As mentioned previously, menopause can affect both men and women. While only women experience menstruation and later on menopause, men have their own so-called male menopause. Male menopause is not an official medical condition. However, after a certain age, many men experience a drop in their testosterone levels.

In this way, both men and women may have trouble being intimate with one another as they get older.

Despite misconceptions and challenges, having sex after menopause is still possible. However, it is important to note that a decrease in sex drive is a normal part of aging. Women (and men) should not feel pressured to perform, especially with other concerns that happen during this particular milestone.

Because one of the most notable effects of menopause is vaginal dryness, using lubricants (lube) is a must. Lubricants are readily available at drug stores, convenience stores, and specialty shops.

This substance is usually jelly-like or like a lotion that moisturizes the vaginal area and reduces friction during sex. Stick to water-based lubricants, especially if you plan to use a latex condom. Do not use baby oil or petroleum jelly, as these can irritate the skin and increase the risk of infection.

This tip is not limited to trying different positions (although it may help). Instead of approaching sex the way your 20 or 30-year-old self would, try a new perspective. Take time to reconnect with your partner and reestablish your boundaries and expectations. Try getting more creative with foreplay. This can improve the duration and quality of sex. Additionally, more foreplay will stimulate lubrication and make things easier.

Lastly, if your sex life and other symptoms of menopause are hard to deal with, your doctor can prescribe you hormone replacement therapy (HRT). HRT provides your body with more estrogen to restore premenopausal hormone balance. The increase in estrogen will help maintain your vaginal lubrication and structure while also reducing other effects such as hot flashes and bone loss.

In summary, sex after menopause is definitely possible. Menopause is a normal and special milestone in every woman’s life. Talk to your partner about changes you are experiencing and how you can both be intimate during this time.

Yes, you can have better sex in midlife and in the years beyond https://www.health.harvard.edu/womens-health/yes-you-can-have-better-sex-in-midlife-and-in-the-years-beyond Accessed April 27, 2021

SEXUAL PLEASURE DURING AND AFTER MENOPAUSE https://www.fpa.org.uk/sexual-pleasure-during-and-after-menopause Accessed April 27, 2021

Having a Menopausal Baby: Potential Risks and Benefits