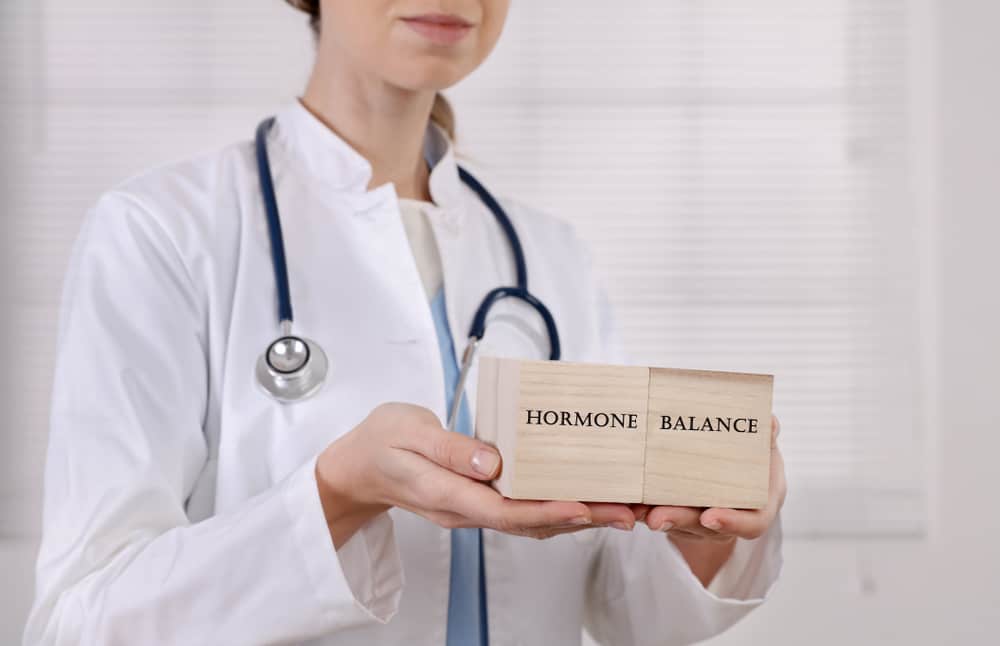 Any imbalance in our hormonal levels can “mess up” how our bodily organs perform their function. What are the different types of hormonal imbalances in women?

Before explaining some of the hormonal disorders in women, let’s first briefly describe what hormones are.

Glands produce hormones and secrete them directly into the bloodstream to reach the different organs. Once there, the hormones will “instruct” the organ to do its function at the right time.

A hormonal imbalance occurs when there’s too little or too much of a certain hormone. And since hormones influence how our organs perform their function, imbalances can trigger some problems.

5 Hormonal disorders that may affect women

Problems in the gland that produce the hormone can lead to a hormonal imbalance issue; likewise, when the part of the brain that commands the gland to work sustains a problem, a hormone disorder can also occur. External factors such as stress, lifestyle changes, and medications can also trigger hormonal issues.

Below are some examples of hormonal imbalances in women:

One example of a hormonal imbalance disorder is Cushing’s syndrome, which occurs when the body is exposed to too much steroid hormone, cortisol, also known as the stress hormone.

People who have Cushing’s syndrome notice symptoms like purple or pink stretchmarks on their skin, a rounded face, and a fatty lump below the back of the neck (between the shoulders).

This condition may happen when the adrenal glands produce too much cortisol. However, steroid medications can also trigger Cushing’s syndrome.

Another well-known condition with a hormonal imbalance issue is diabetes mellitus. Diabetes causes increased blood sugar levels either because the pancreas does not produce enough of the hormone insulin (type 1), or the cells do not respond well to insulin (type 2).

Left untreated, diabetes can lead to complications that affect various body parts, including the eyes, nerves, and heart.

The management of diabetes depends on several factors, like the type of diabetes, the severity of your symptoms, and the presence of other underlying health conditions. If you have type 1 diabetes, you will probably receive insulin replacement therapy through injections.

Did you know that thyroid conditions are more common in women than men? Basically, when the thyroid gland sustains a problem, two things can happen: either it becomes underactive or overactive.

An underactive thyroid produces too little of the thyroid hormone, leading to a condition called hypothyroidism. People with hypothyroidism experience symptoms such as weight loss, rapid heartbeat, and sensitivity to heat.

On the other hand, an overactive thyroid releases too much thyroid hormone, causing hyperthyroidism. This condition produces symptoms such as weight gain, constipation, and sensitivity to cold.

If you have hypothyroidism, the doctor will most likely recommend thyroid replacement therapy. However, if you have hyperthyroidism, you may receive anti-thyroid drugs or radioactive iodine; thyroid surgery is also an option.

Low or high levels of estrogen

Problems in estrogen levels are also part of the different types of hormonal imbalances in women.

Estrogen is an essential hormone for women’s health. Most people associate it with sexual and reproductive health; however, estrogen also affects the:

Considering its influence, it’s not surprising that an increase or decrease in estrogen levels triggers various symptoms.

Low estrogen levels, which commonly occurs during menopause, results in:

If you have this condition, the doctor may talk to you about estrogen replacement therapy.

On the other hand, high estrogen levels cause symptoms such as:

Increased estrogen levels may be due to a tumor in the adrenal glands or ovaries or cirrhosis.

Finally, there’s PCOS-a condition hailed as one of the most common causes of infertility in women. This condition’s exact cause is unknown, but scientists believe that it has something to do with increased insulin and androgens.

PCOS results in irregular or missed periods, excess body hair, acne breakouts, and weight gain. Women who have polycystic ovaries are advised to maintain a healthy weight to help improve their symptoms.

The different types of hormonal imbalances in women occur due to various reasons, and they also trigger a wide array of symptoms. If you observe any of the symptoms discussed above, the best course of action is to consult your doctor.

How to Release Happy Hormones Naturally