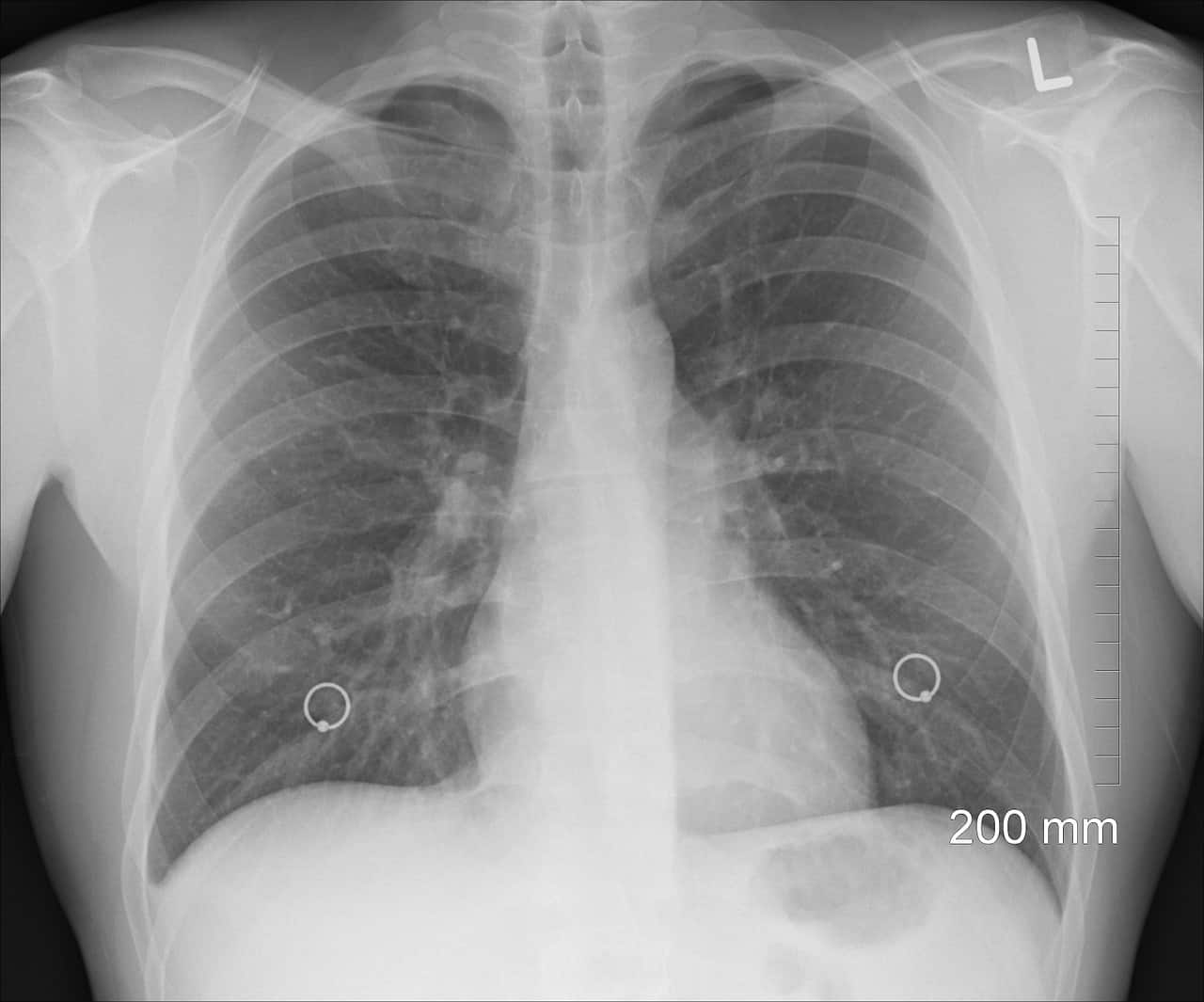 Gas exchange, the process where our body takes in oxygen from the air we breathe and releases carbon dioxide, happens in the lungs, particularly in the capillaries of little sacs called alveoli. People with emphysema have damaged alveoli, and when destroyed, alveoli can form into air-filled spaces called bullae1. Learn more about bullous emphysema here.

What Is Bullous Emphysema?

Bullous emphysema is a condition where giant bullae develop in the emphysematous lung. Experts define bullae as air-filled spaces which are at least 1 cm in diameter².

Lung bullae, while most often associated with emphysema, can develop in other disorders and even in normal lungs. For this reason, patients with bullous lung disease are typically subdivided into two groups: those with COPD association (bullous emphysema-BE) and those without airway obstruction (primitive bullous disease–PBD)³.

What Are the Signs and Symptoms of Bullous Emphysema?

The signs and symptoms of bullous emphysema include:

Many cases are asymptomatic until bullae occupy 30% of a hemithorax (one side of the chest). In those cases, the patient usually develops difficulty breathing or shortness of breath.

The experiences of symptomatic patients vary, but shortness of breath is common. For instance, a case report about a 28-year old patient mentioned that the patient was forced to quit work due to “increasing shortness of breath” and “general weakness.⁴”

Another case study focused on a 50-year old patient whose complaint was a two-year long difficulty breathing upon exertion. Assessments revealed he had no history of chest pain or cough⁵.

One remarkable sign of bullous emphysema is seen through a chest x-ray. According to experts, the giant bullae often appear to make the lungs disappear. For this reason, many doctors also call bullous emphysema the “vanishing lung syndrome.”

The two most common causes of bullous emphysema are cigarette smoking and an inherited condition called alpha-1 antitrypsin deficiency.

As of now, there’s still no cure for emphysema, but there are treatments for the symptoms and to prevent disease progression. The doctor may recommend:

On top of these, the doctor will also give instructions on lifestyle changes that may alleviate the symptoms. They will also advise the patient to not skip scheduled check-ups and tests.

Bullous emphysema occurs when giant air-filled spaces develop in emphysematous lungs. There’s still no cure for this condition, but there are treatments that improve the symptoms and slow down the progression.

If you have symptoms pointing to a respiratory condition, please get in touch with your doctor as soon as possible.

Food that's Good for the Lungs

When is Shortness of Breath an Emergency? Find Out Here