Hemorrhoids During Pregnancy: Prevention and Management 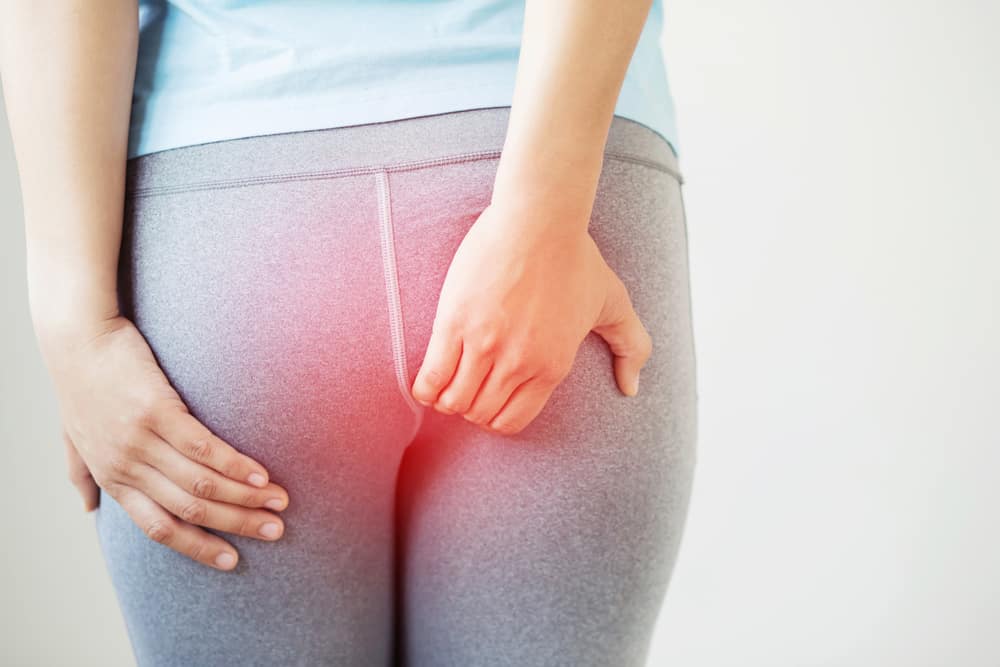 Hemorrhoids during pregnancy occur due to physical and hormonal changes. Some hemorrhoids may cause pain and discomfort, while others are painless. Regardless of its type, it is still best to get treatment right away. Let’s find out how to get rid of hemorrhoids fast during pregnancy.

Hemorrhoids during pregnancy occur due to physical and hormonal changes. Some hemorrhoids may cause pain and discomfort, while others are painless. Regardless of its type, it is still best to get treatment right away. Let’s find out how to get rid of hemorrhoids fast during pregnancy.

Hemorrhoids: All You Need to Know

Hemorrhoids (piles) are swollen blood vessels in the rectum or anus. Hemorrhoid can develop inside the rectum and is painless (internal), sticks out of the anus (prolapsed), or affects the veins outside of the anus that causes bleeding and pain.

Anyone can get hemorrhoids no matter what age and no matter how healthy a person is. But, it is more apparent in people ages 45 to 65 and pregnant women.

Hemorrhoids normally go on their own, but it is still advisable to consult a doctor if swelling in your rectum hinders you from being productive.

How common are hemorrhoids during pregnancy?

Hemorrhoids can appear anytime during pregnancy and affects about 25% to 35% of expectant mothers. In certain countries, however, about 85% of pregnant women in their third trimester have the condition.

The swelling of the veins in the rectum during pregnancy is common due to certain changes that pregnant women undergo. Greater pressure in the uterus, as well as blood flow increase in the pelvic area, causes these veins to swell and sometimes pop out of the anus.

Constipation can cause straining when passing stool that puts extra pressure on the veins in the rectal region, resulting in inflammation and bulging.

Pregnancy also increases progesterone hormones, which relaxes the walls of the blood vessels in the rectum, making hemorrhoids more likely to develop.

In addition, hemorrhoids develop postpartum after a vaginal delivery due to excessive ]straining while pushing.

Women who had hemorrhoids before getting pregnant have a higher risk of having the same condition once they’re expecting.

Symptoms of hemorrhoids during pregnancy

Here are the common hemorrhoids symptoms an expecting mother might experience:

However, with overexertion during bowel movements, internal hemorrhoids can stick out of the anus and may cause bleeding and throbbing pain.

How to prevent hemorrhoids while pregnant?

Certain factors prompt the development of hemorrhoids. Thus, it must be a priority to prevent these triggers.

The following steps will help prevent hemorrhoids during pregnancy:

What’s the Right Way to Clean the Vagina?

Although hemorrhoids can heal on their own, treating them right away can prevent further complications. Relieve hemorrhoid symptoms by following these home remedies:

Take note that if these home remedies did not work in keeping hemorrhoids symptoms at bay, it is best if to consult a doctor for medications and possible treatments.

Usually, hemorrhoids will naturally heal after giving birth. However, if it persists or becomes worse, doctors might recommend surgical treatment.

Hemorrhoids are a natural part of the human anatomy. But, certain triggers may cause it to swell, which may lead to pain and discomfort.

Pregnant women must treat hemorrhoids as soon as it develops, so it will not add to the aches and pains that they’re already experiencing.

Home remedies will surely help in addressing this condition, but remember to always seek professional advice if you need medication.

Learn more about the Third Trimester of pregnancy, here.

What Can I Do to Treat Hemorrhoids During Pregnancy? https://www.mayoclinic.org/healthy-lifestyle/pregnancy-week-by-week/expert-answers/hemorrhoids-during-pregnancy/faq-20058149 Accessed October 22, 2020

Hemorrhoids and What to do About Them https://www.health.harvard.edu/diseases-and-conditions/hemorrhoids_and_what_to_do_about_them Accessed October 22, 2020

Vaginal Pain During Third Trimester - Is It Normal?

Safe Sex During Pregnancy: What You Need to Know