PCOS and Recurrent Early Miscarriage: Is There A Link? 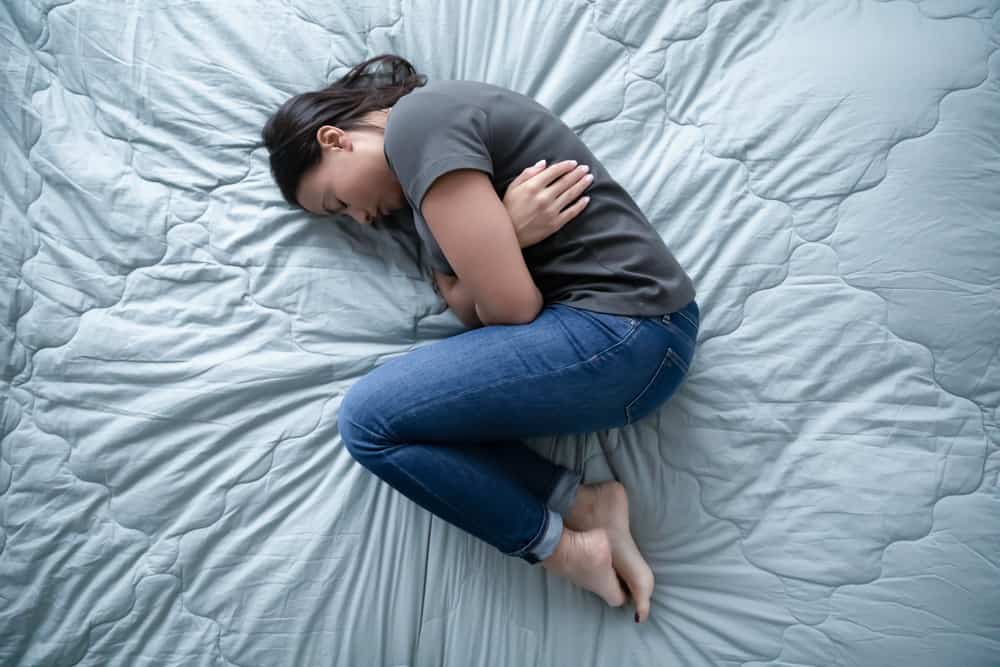 One of the hardest realities women with polycystic ovary syndrome (PCOS) face is miscarriage. As difficult as it may be to face the reality at hand, it is important to talk about it so as to know how to drive around it. Miscarriage, hypertensive disorders of pregnancy, premature delivery, and birth of small for gestational age infant are all linked to polycystic ovarian syndrome. Despite the fact that statistics suggest women with PCOS have a higher chance of miscarriage, it is still possible to avoid miscarriage and have a safe pregnancy. This begs the question, what is the relationship between PCOS and recurrent early miscarriage? Can women with PCOS still avoid miscarriage?

What is Early Pregnancy Loss?

The most common complication of pregnancy is early pregnancy loss or miscarriage. It is the loss of a pregnancy due to natural causes during the first 13 weeks of pregnancy. Despite the fact that 15% of clinically recognized pregnancies end in miscarriage, total reproductive losses are closer to 50%. Sporadic and recurrent miscarriage are the two types of miscarriage.

It has been discovered that at least 25% of all women, and maybe as many as 50%, have one or more sporadic miscarriages, which are usually caused by random fetal chromosomal abnormalities, and the chance of which increases with maternal age. Recurrent miscarriage, on the other hand, is a less common occurrence, affecting only 1% of couples.

This occurs when a pregnancy is lost three or more times in a row. It’s one of a group of reproductive illnesses that all have the same underlying etiology.

Recurrent miscarriage is defined by many clinicians as two or more losses; this increases the prevalence of the problem from 1% to 5% of all couples trying to conceive.

Is there a link between PCOS and recurrent early miscarriage?

Historically, recurrent miscarriage has been found to be caused by the following:

The most common cause of miscarriage during 10 weeks of pregnancy happens when the fetus has one or more extra or missing chromosomes. At least half of all miscarriages are caused by cytogenetic abnormalities.

Recurrent miscarriage may make certain women more susceptible to heterotrisomy, or the recurrence of a different trisomy after a trisomic pregnancy.

The prevalence of congenital uterine anomalies or uterine malfunctions in the general population is unknown, although it has been estimated to be between 18% to 37.6% among women who experience recurrent miscarriage. Patients with uncorrected anomalies have a significant probability of miscarriage and preterm delivery, according to a retrospective study.

A mother who has a genetically different fetus is more likely to reject pregnancy. This is due to natural killer cells or lymphocytes, which help to manage trophoblast invasion or the battle between the fetus’ and mother’s survival interests. Natural killer cells are higher in women who experienced recurrent miscarriage.

The most common treatable cause of recurrent miscarriage is antiphospholipid syndrome. It is an immune system condition that increases the risk of blood clots. Complications such as preeclampsia, or high blood pressure, protein in the urine, and intrauterine growth restriction are more common in people with this syndrome.

PCOS and recurrent early miscarriage have been linked to each other. This is because women with PCOS are three times more likely to experience a miscarriage in the first trimester compared to women without PCOS.

PCOS causes a variety of reproductive difficulties, beginning with anovulatory periods or menstrual cycles in which an egg is not released from the ovaries, resulting in infertility. Women with PCOS have a higher chance of miscarriage after conception (EPL).

The cornerstone of PCOS care is addressing metabolic and reproductive disorders related to pregnancy.

What Should You Watch Out For?

Women with PCOS who are pregnant should be extra cautious and should strictly follow their doctor’s prescribed practices. Like everyone else, it is best for women to watch for the following signs which may indicate a miscarriage:

How to Prevent Miscarriage?

It is strongly advised that women with PCOS who are attempting to conceive, as well as those who are already expecting, seek the advice of their doctor in coming up with plans and strategies to ensure a successful pregnancy. Some techniques, such as decreasing weight, eating healthily, and, in some situations, using medications, can help you get pregnant and reduce the risk of miscarriage.

A Complete Guide to Miscarriage: How to Support a Grieving Mother