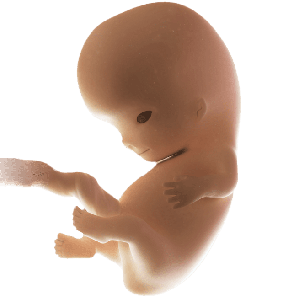 The vital organs of your baby are already formed and facial features are developing.

Week 10 of Pregnancy: All You Need to Know 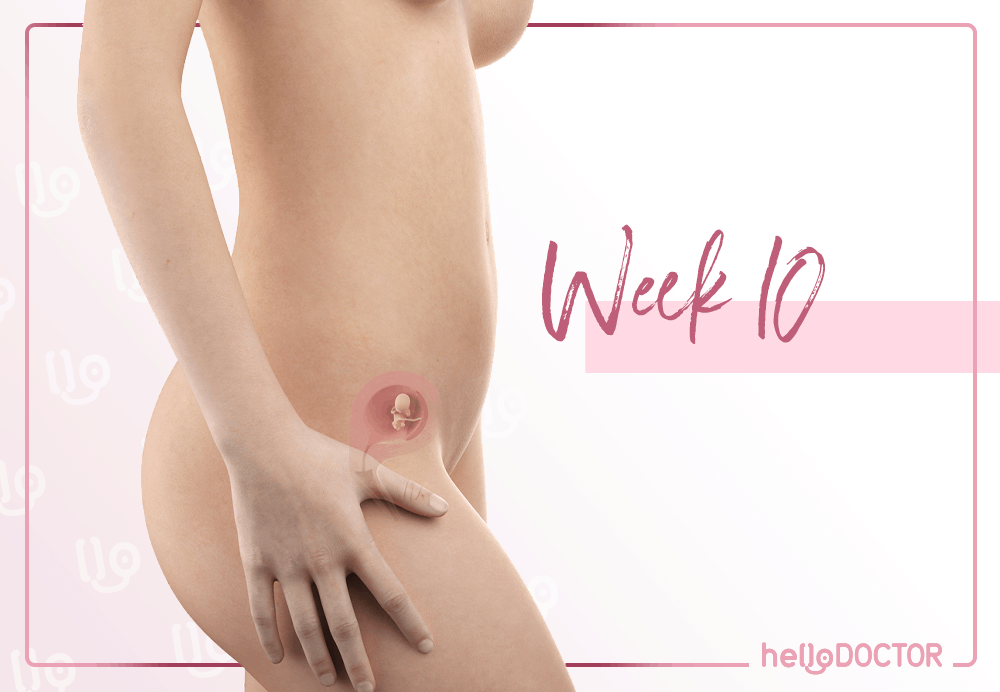 Your pregnancy journey is underway! At week 10 of pregnancy baby development, you may not be showing yet, but there’s so much happening with you and your baby.

How Is My Baby Growing?

At week 10 of pregnancy baby development, the vital organs of the baby are already formed and facial features are developing. This point marks the end of the embryonic period. The baby is now considered a fetus. It is the size of a prune. Congenital diseases or abnormalities are not likely to develop after week 10.

A Guide To The First Trimester Of Pregnancy

How Is My Body Changing?

As week 10 of pregnancy baby development nears the end of the first trimester, a pregnant woman will most likely experience physical changes. These include breast tenderness, fatigue and nausea. She may also experience emotional changes like anxiety and excitement.

The symptoms of week 10 will cover other first trimester symptoms, including new ones. They are as follows:

In week 10 of pregnancy baby development, there may be more vaginal discharge, which is caused by estrogen levels increasing. The discharge should look milky and thin with a mild odor. Pantyliners are acceptable to wear for comfort, but tampons and douching must be avoided.

What Should I Be Concerned About?

During week 10 of pregnancy baby development, watch out for vaginal discharge. Despite this normal occurrence, some types of vaginal discharge may indicate an infection. Watch out for foul odor, green or yellow color, discharge with redness or itching of vulva, mixed with blood, painful urination, and abdominal pain.

Call your doctor immediately if any of these occur. If you are experiencing moderate to severe pain or if these symptoms are accompanied by vaginal bleeding, fever, chills, or burning urination, seek medical attention.

Abdominal pain is common due to round ligaments that surround the uterus stretching. The pain is usually described as sharp or dull but it is mostly benign. Slower movements can help to reduce the incidence of pain during week 10 of pregnancy baby development.

What Should I Tell My Doctor?

During week 10 of pregnancy baby development, it is necessary to attend your first prenatal visit. Normally, the doctor will order a series of tests which include checking your weight, blood pressure and urine.

What Tests Should I Know About?

A blood test may also be administered to determine if you are immunized against certain diseases to which a fetus may be vulnerable: varicella, measles, mumps and rubella, among others. This will allow your doctor to identify what blood type and Rh factor you have. Infections can also be discovered with a blood test, especially those that are sexually transmitted, such as herpes, hepatitis, HIV and syphilis. Meanwhile, a urine test can detect chlamydia and gonorrhea.

What Should I Know About Being Healthy and Safe While Pregnant?

Here are some things you should consider during week 10 of pregnancy baby development.

Choose your doctor wisely, as they will be with you for the next 30 weeks. Your OB is there to advise you and answer any questions you may have.

• Work out your due date

Find out the day you ovulated or otherwise determine the first day of your last period as well as the average length of your cycle to estimate the baby’s due date. Your OB will calculate a due date 40 weeks from the beginning of your last cycle.

Start exploring options for your preferred mode of childbirth. The safest way of giving birth is at a hospital. The environment is more controlled and there are doctors at the ready should anything unforeseen occur.

It is of utmost importance to get one’s finances in order especially if you are expecting. There are costs not only for hospital charges but for costs after your baby is born. Another tip is to calculate your average income for the last three months. This should give you an idea of how much you will earn for months before the baby is born. Calculate costs for rent or home mortgage, utilities, groceries, gas or commute costs. You will then see how much more or less you can spend during pregnancy.

• Plan for the second trimester

The second trimester begins at week 13 and the development of your baby will go even faster. Prepare appointments with your OB for ultrasounds, pregnancy announcements and baby arrival prep.

• Know your do’s and don’ts

Identify your cravings and what foods you should avoid early on, as there is a variety of food that can cause illness or infection not only for your baby but for yourself as well.

Be careful of the following:

In large quantities, high-mercury fish can be toxic to an individual’s nervous system, immune system and kidneys. It is also highly likely to cause developmental problems in children. High-mercury fish include shark, swordfish, king mackerel, tuna (albacore tuna). However, low-mercury fish is very beneficial to a developing fetus and may be consumed up to two times each week. Fish that are rich in omega-3 fatty acids are also nutritious for the fetus.

Bacteria and parasites that can be detrimental to the overall health of both mother and baby may contaminate raw and undercooked fish and shellfish.

The same rule goes for raw or undercooked meat, which may also contain bacteria. A good rule to follow during pregnancy is to cook meat all the way through.

Raw eggs are unsafe as well as they may be contaminated with Salmonella that increases the risk of premature delivery or stillbirth. Pasteurized eggs are a good alternative.

Eating large amounts can lead to vitamin A and copper toxicity. Thus, pregnant women are advised to limit their consumption to not more than once a week.

Coffee or any substances containing caffeine (e.g., softdrinks) should also be strictly regulated. Limit intake to 200 mg per day (two to three cups of coffee). Too much caffeine in the system can affect growth of the fetus and cause low birth weight.

Raw sprout seeds may also be contaminated with bacteria. Cooked sprouts are safe to eat.

It is important to thoroughly rinse all fruits and vegetables in order to minimize the risk of ingesting contaminants, like the bacteria Toxoplasma.

In general, avoid unpasteurized milk, cheese, and juices as these increase the risk of bacterial infections.

Pregnant women must not drink alcohol at any time during the pregnancy as it can increase the likelihood of miscarriage, stillbirth, and fetal alcohol syndrome.

This can increase the risk of excess weight gain, gestational diabetes as well as other complications and pose chronic health implications for your baby.