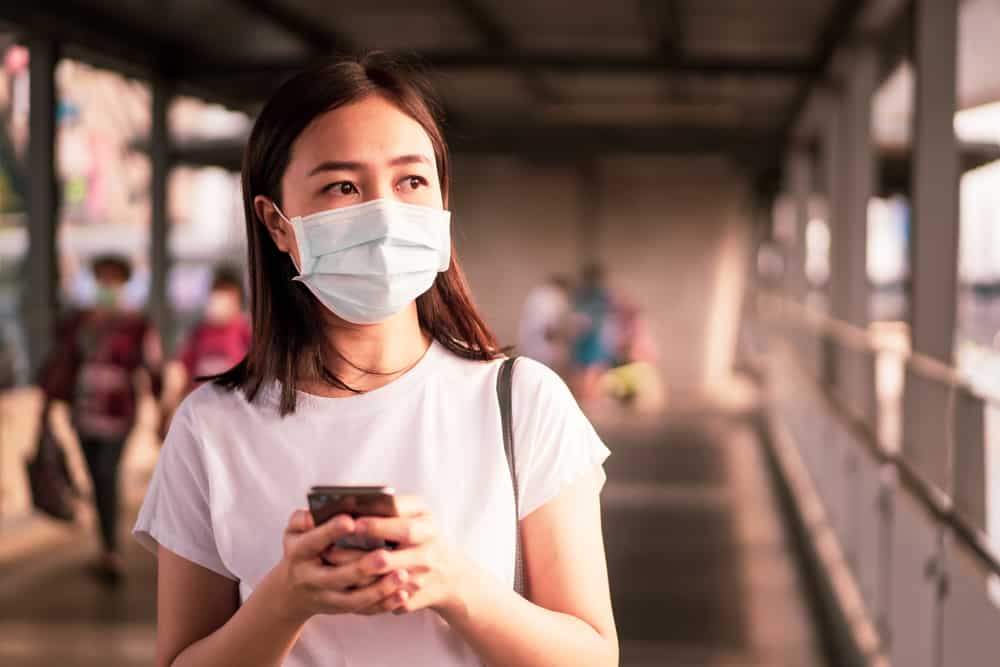 SARS (severe acute respiratory syndrome) took the lives of 744 people out of 8,096 infected in 2003. A lot of questions were left unanswered when the mysterious disease was reportedly contained in July 2003. Probably one of the most pressing questions is: will SARS return?

Here are quick facts and a few frequently asked questions about SARS.

SARS is caused by a coronavirus, although it is possible that some SARS cases may have been affected by other infectious agents.

Coronaviruses are a family of viruses that have a crown or corona-like (corona) appearance when viewed under a microscope. These viruses can cause mild to moderate respiratory diseases in humans.

From the same family is another virus that has affected millions of people around the world today, the 2019 novel coronavirus. Much like SARS, it causes respiratory distress to those that are infected.

How did SARS spread?

SARS is spread primarily through respiratory droplets produced when a person who is infected coughs or sneezes.

According to Centers for Disease Control and Prevention: “Droplet spread can happen when droplets from the cough or sneeze of an infected person are propelled a short distance (generally up to 3 feet) through the air and deposited on the mucous membranes of the mouth, nose, or eye(s).”

A person can also become infected when they touch a surface which has been contaminated with droplets from an infected person.

How did the SARS outbreak end?

The SARS virus was contained through traditional public health measures.

In some countries, infected people were treated at a designated SARS hospital to prevent the spread, and close contacts of those infected were instructed to do home quarantine.

People wore masks to prevent droplet spread, and transportation terminals such as airports had public health officers to conduct temperature and health checks.

Contact tracing was also done to track people who might have been in contact with a SARS patient, and to prevent them from spreading the disease further.

Is there a test for SARS?

According to the Centers for Disease Control and Prevention, there are several laboratory tests that can be used to detect SARS.

One of which is a reverse transcription polymerase chain reaction (RT-PCR) test makes use of specimens like blood, stool, and nasal secretions. Another option is a serological test that looks at antibodies produced after the infection. Lastly, viral culture is also known to be used for detecting SARS.

Is there a cure for SARS?

SARS patients, however, were treated by providing relief for the symptoms and complications while the patient’s body fights off the virus.

Treatment will normally require hospitalization for intensive care, and patients are usually given IV fluids and medications, and a ventilator to help them breathe.

Is there a vaccine for SARS?

In 2004, US researchers developed a vaccine for SARS and gave it to some laboratory mice for trial and were then exposed to the virus. They found that the mice who were given the vaccine had few virus particles in their lungs compared to those who weren’t given any.

Later in China, they gave the vaccine to people and found that there were very few side effects associated with the SARS vaccine.

Researchers say that an effective SARS vaccine takes three to five years to produce. The vaccine was never sold since the virus and contagion was already under control before the vaccine was ready.

The short answer to “will SARS return?” is we don’t know.

According to the World Health Organization, while SARS has already been contained, it can still be a threat to our global public health system.

SARS could be a seasonal disease, because of the nature of other members of the coronavirus family. Although, no new cases have been reported since 2004.

The original source of the SARS virus also poses a threat. Since the virus was found in civet cats, the origin might still be in the environment and can cause a new outbreak.

According to the WHO, it is possible that the virus still circulates in animal reservoirs and may cross again to humans when conditions are conducive to transmission.

If there is another outbreak of SARS, how can I protect myself?

The best and most efficient way to protect yourself from SARS that apply to many infectious diseases is to:

How the world handled SARS is one of the biggest recent public health victories achieved through quick responses and collective effort.

Today we see the rise of another member of the coronavirus family, the COVID-19. SARS and COVID-19 share 70% of the same genetic material. There are still many unknowns regarding today’s pandemic, but hopefully we all learn from the first pandemic of the 21st century

Sources
SARS Treatment http://diseases.emedtv.com/sars/sars-treatment.html https://www.cdc.gov/sars/about/faq.html Is there a SARS vaccine? https://health.howstuffworks.com/diseases-conditions/infectious/sars-vaccine.htm The Cure for SARS http://www.sarswatch.org/cure-sars.html SARS Vaccine Could be Stopgap Measure Against The New Coronavirus, Study Suggests https://www.discovermagazine.com/health/sars-vaccine-could-be-stopgap-measure-against-the-new-coronavirus-study Frequently asked questions about SARS https://www.cdc.gov/sars/about/faq.html SARS https://www.britannica.com/science/SARS SARS killed hundred and then disappeared. Could this coronavirus die out? https://www.latimes.com/california/story/2020-02-18/sars-coronavirus-china-epidemic SARS Outbreak Contained Worldwide https://www.who.int/mediacentre/news/releases/2003/pr56/en/ SARS Pandemic: How the Virus Spread ARound the World in 2003 https://www.cdc.gov/sars/about/faq.html This Hotel is Infamous as Ground Zero for a SARS ‘Superspreader’ in the 2003 outbreak -- here’s what happened https://www.cnbc.com/2020/02/14/hong-kong-hotel-hosted-super-spreader-in-the-2003-sars-outbreak.html World Health Organization Declares Covid-19 a ‘Pandemic.’ Here’s what it means https://time.com/5791661/who-coronavirus-pandemic-declaration/ Shrimp vendor at Wuhan Market may be coronavirus ‘patient zero’ https://nypost.com/2020/03/27/shrimp-vendor-at-wuhan-market-may-be-coronavirus-patient-zero/ Coronavirus Map: Tracking the Global Outbreak https://www.nytimes.com/interactive/2020/world/coronavirus-maps.html There was no vaccine for SARS or MERS. Will there be one for the new coronavirus? https://today.line.me/hk/pc/article/There+was+no+vaccine+for+Sars+or+Mers+Will+there+be+one+for+the+new+coronavirus-ojljKy SARS Vaccine Development https://wwwnc.cdc.gov/eid/article/11/7/05-0219_article

Propolis: Learn How This Natural Compound Fights Viruses, Bacteria and Its Potential Against COVID-19!