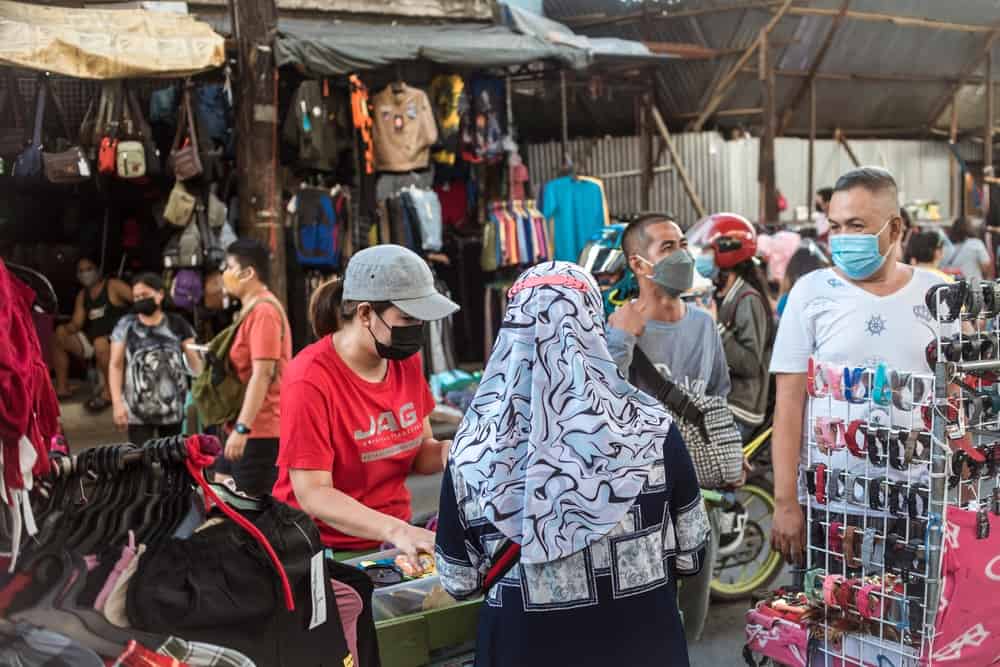 A total of 17 cases of the more transmissible Omicron variant of COVID-19 were logged in Zamboanga City. Omicron is already the dominant COVID-19 strain worldwide. Philippine COVID numbers as a whole have been trending downward after reaching alarming highs in January. A continuous rollout of vaccines outside of Metro Manila will ideally keep COVID cases trending downward.

The Zamboanga City Health Office confirmed on February 8 that 17 cases of the Omicron variant were detected. The Philippine Genome Center detected the infections in the city.

City health office Dr. Dulce Miravite said 14 of the cases were community transmitted. She said two of the cases were authorized persons outside of residence (APORs). The remaining case was a citizen who traveled from another country.

Miravite stressed that there was no need to worry. Those infected were already marked as recovered when the genome center informed health officials about the infections.

The Zamboanga Peninsula has recorded 53,817 total COVID cases since the pandemic began. There have been 1,273 recorded deaths as of February 10. The entire Philippines has reported 3.63 million positive COVID cases with 54,783 deaths.

A continuous rollout of vaccines is necessary to keep positive cases dwindling. The national government aims to vaccinate 5 million people during the third wave of its vaccination drive. The first nationwide vaccine drive was held from November 29 to December 3, 2021. It helped vaccinate nearly 10 million Filipinos.

Several regions lacked access to sufficient vaccines. Slow vaccination rates happen in an archipelago like the Philippines because the vaccines are based in Metro Manila. More coordination between the national government and local government units (LGUs) is needed to improve vaccine distribution.

Zamboanga’s city government is part of the National Vaccination Day campaign that began on February 11. Over 20 vaccination centers will be operational in various parts of Zamboanga City. Walk-ins will be accepted on top of those who register. Primary and booster doses will be accommodated until February 12.

Immunization for children ages 5 to 11 just began in Metro Manila on February 7. The vaccination drive for kids in the National Capital Region (NCR) will likely delay the process for other provinces and regions.

Mayor Maria Isabelle Climaco urged Zamboangueños to cooperate and help by getting inoculated. She also asked them to observe public health rules to avoid more transmissions. Climaco said City Hall’s immediate goal is to further bring the number of infections even lower. Decreasing the rate of infections means Zamboanga might revert to the less strict Alert Level 2 classification.

Zamboanga and a few cities and municipalities are under Alert Level 3 at least until February 15. The Department of Health will decide then if the classification will be prolonged. Protocols will be loosened otherwise.

Kids in Manila line up early to get COVID-19 shots, https://newsinfo.inquirer.net/1551360/kids-in-manila-line-up-early-to-get-covid-vaccine-shots, Accessed February 11, 2022