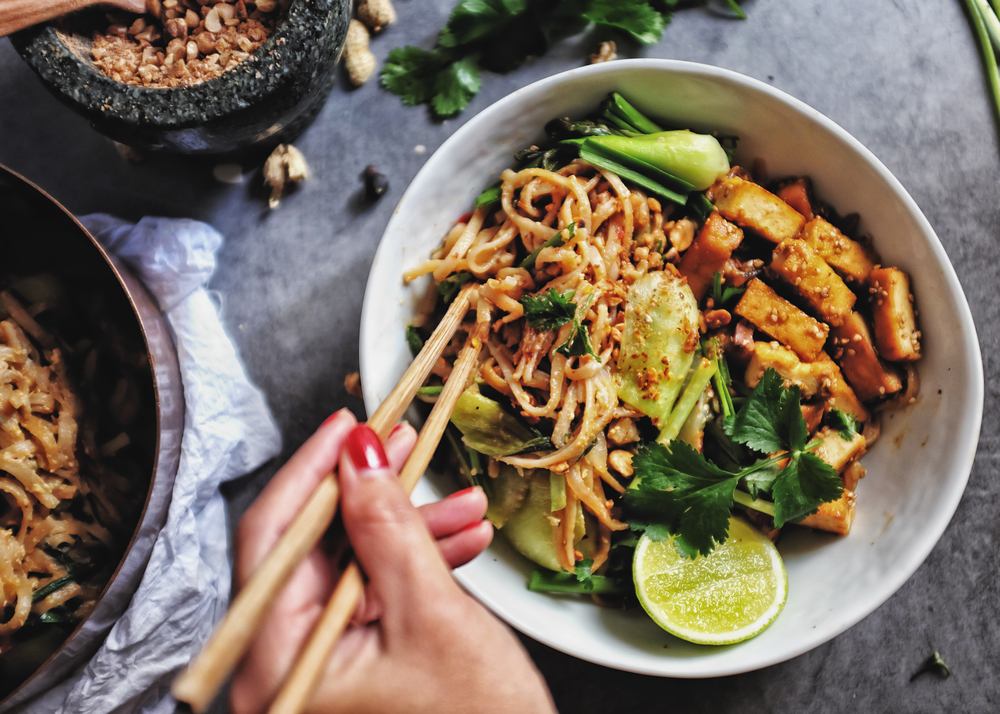 During the pandemic, many small food businesses rose to offer different kinds of treats, ranging from ube-cheese pandesal, sushi bake, and even the Basque brunt cheesecake, which everybody loves. But did you know that aside from all these, vegan food and other plant-based options also came into the picture?

In a new series called #WeveOnlyJustVEGAN under the #CoffeeWithKai segment, Zofia Leal of Gulay Lang PH walks us through her own journey of becoming vegan herself and eventually enjoying the process of cooking vegan food for other people to provide them the comfort they need in these trying times.

What is Gulay Lang PH?

Zofia Leal, fondly called Zof, handles their business of serving plant-based, vegan food alongside her husband. They offer different kinds of healthy and tasty viands on a daily, such as your favorite Filipino dishes including:

Aside from the childhood dishes many people grew up with, they also offer a selection of dishes from other countries like:

Furthermore, different kinds of pasta like Aglio Olio, Arriabiata, Spaghetti Bolognese, and bread on the side are also available on their menu.

How Did the Business Start?

During the interview, Zof shared that Gulay Lang started through their love of feeding people. Initially, they were just cooking vegan food for themselves and even some for their friends. And their friends would be surprised to know that they’re eating vegetables because of them.

Additionally, she also mentioned that it is very important for them to share the comfort food brings to people.

Like everyone else, Zof recalled how it was also a struggle for her to transition to all vegan food.

“It was a long process din for me kasi matagal ko na siyang goal din, pero ‘yun nga, parang magagawa ko siya one week and then magsstop ako,” she shared.

It did not happen for her until there was a health issue in their family back in 2017. Because of it, her husband thought that it would be better to try a selection of viands that are easy-cooked meals that they can turn vegan.

After a few years, they eventually found themselves in the business of serving other people with comfort food as well.

Zof knows well that there are still people who are skeptical and hesitant about the idea of going full vegan.

Another thing she mentioned was about educating oneself through videos and documentaries showcasing the plant-based vegan lifestyle. Something that actually worked for her as well.

She continued by saying that baby steps are the way to go on this journey. You may have times wherein you are craving it, and that’s okay for as long as you get back to it. Eventually, you will find yourself rejecting the smell, texture, and even texture of meat.

Being a vegetarian is not only for you but also for the planet, too.

Check them out on Facebook at Gulay Lang or gulaylang.com.